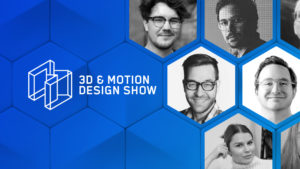 “We were so pleased with the turnout and demand for content and interaction from both the in-person and virtual community at IBC, and we hope to see this continue to grow as we head into an event-heavy October,” says Maxon CEO, David McGavran. “We are proud to have fostered connections with so many talented 3D and motion graphic artists over the years, who are all keen to share their valuable insight and tricks of the trade through our ongoing workshops and presentations. The transition to a hybrid event offering has been a seamless one, and we’re grateful to the community that keeps showing up and showing support.”