When the San Antonio Spurs return to the storied Alamodome tonight to face the Golden State Warriors, a record 64,000 fans will be in attendance. As the Spurs break the NBA’s 25-year-old attendance record, ESPN will deploy a unique production setup to cover an NBA game inside the sprawling venue. In addition to rigging up a Skycam over the court, ESPN will have a Sony Alpha 1 RF shallow–depth-of-field camera roaming the venue and has boosted its arsenal of Canon zoom lenses to capture the action on the court. 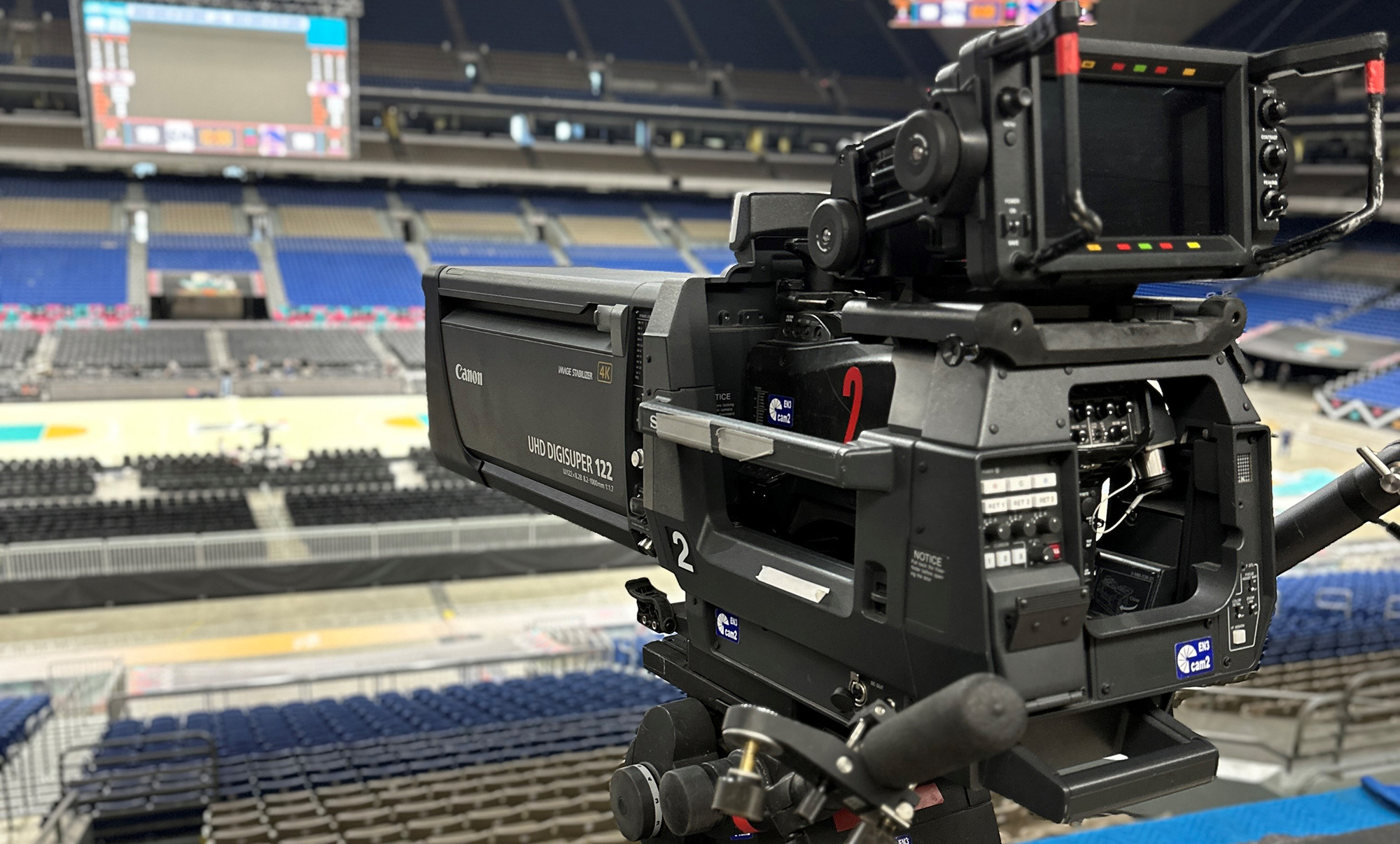 Tonight’s Spurs 50th-anniversary game at the Alamodome is expected to break the NBA’s attendance record.

“This is a stadium that is fairly unknown to us, especially in a basketball format,” says ESPN Senior Operations Specialist Alan McDonald. “It’s really about assessing where we can put our cameras to cover the game in the way that we would in a smaller NBA venue. In order to do that, we came out a couple weeks ago and did a site survey to figure out how we could do the same level of show [viewers] have come to expect in such a unique environment.”

The most notable additions to ESPN’s camera arsenal are the Skycam system flying overhead at the Alamodome, the Sony Alpha 1 mirrorless-camera RF system (provided by AVS and Faction Media) roaming the court to capture cinematic shallow–depth-of-field shots, and a drone shooting exterior scenic shots around the Alamodome. 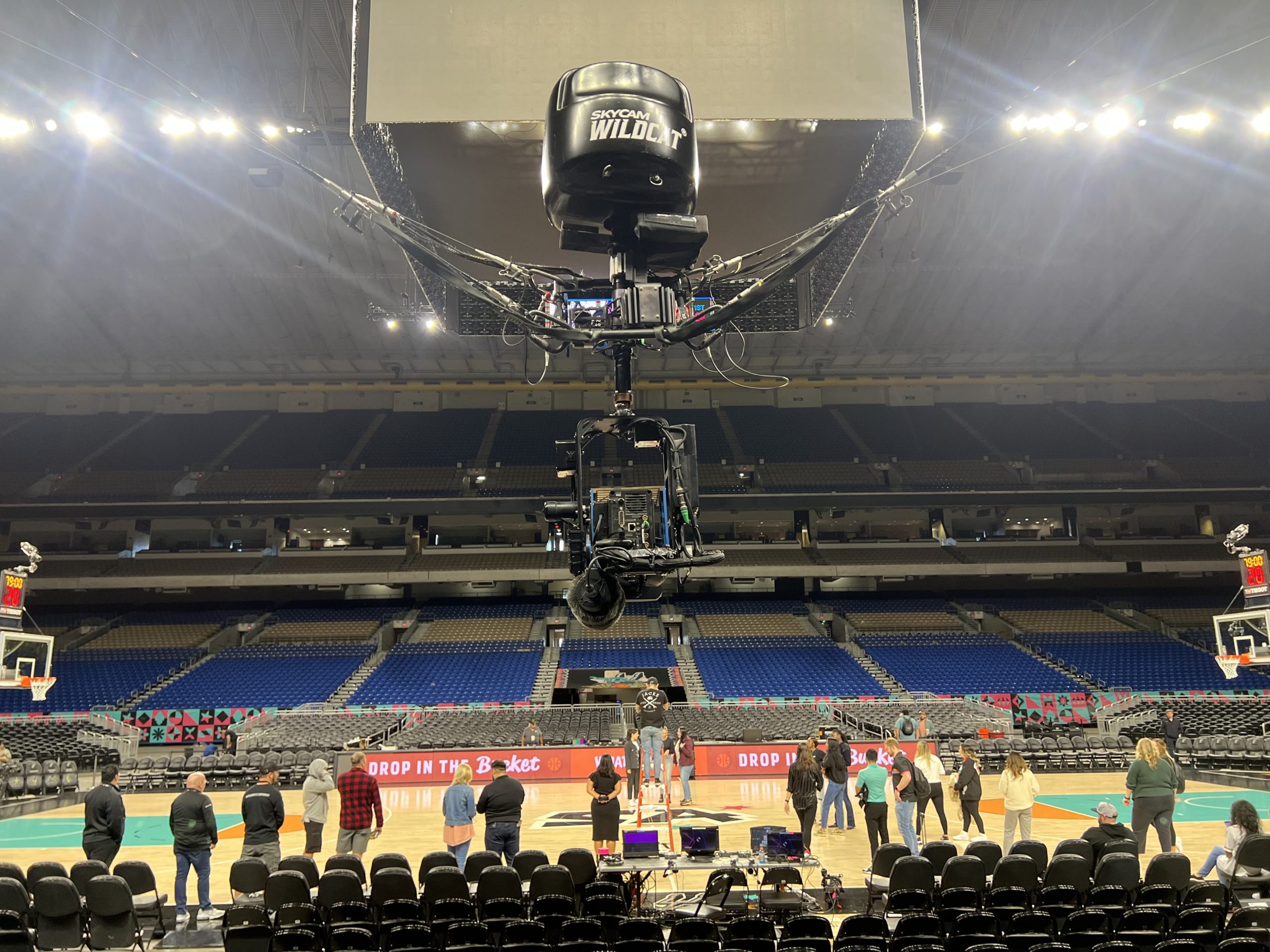 ESPN has deployed a Skycam system at the Alamodome.

“We have added a few extra cameras and lenses to be able to really showcase the event,” says McDonald. “We definitely expect that [Skycam] to give us an interesting and unique look. We’ve done Skycam for NBA [broadcasts] in the past, but this is going to be very different considering [the size of] the venue.”

ESPN obtained a Canon UHD-DIGISUPER 122 AF 122x zoom lens for its main tight-iso camera (Camera 2), which will allow the operator to capture tight-iso shots on players on the court despite being located farther away than they would be in a traditional basketball arena. The majority of ESPN’s other game cameras are outfitted with Canon 95X lenses. 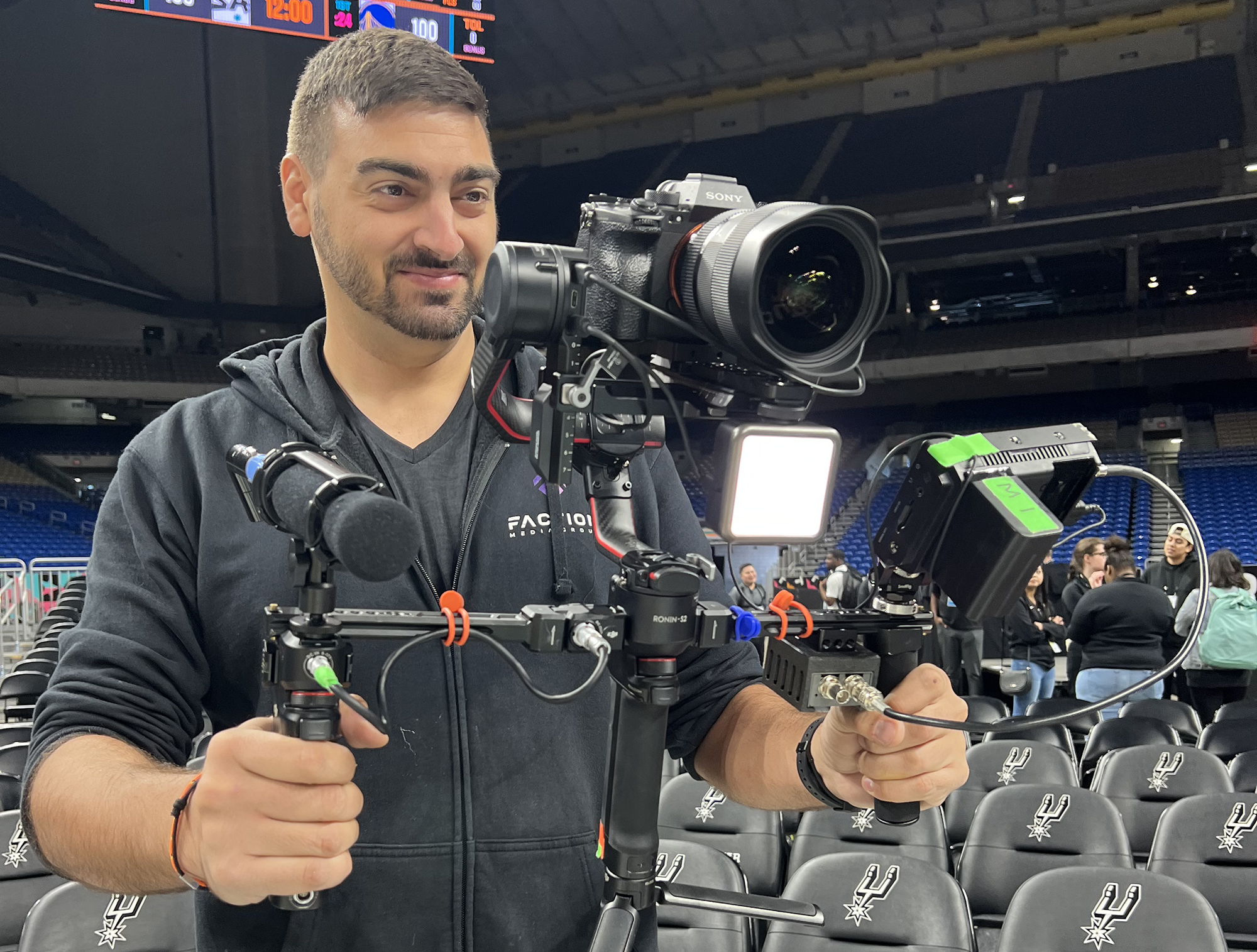 The Sony Alpha 1 RF camera system will deliver cinematic shots of the action at the Alamodome.

“We also moved our second tight-iso camera, which is associated with player mics, up into a mid-high-slash position,” says McDonald, “so that we could show how large the venue is but still be able to get the same game shots that we would normally get with those cameras.” 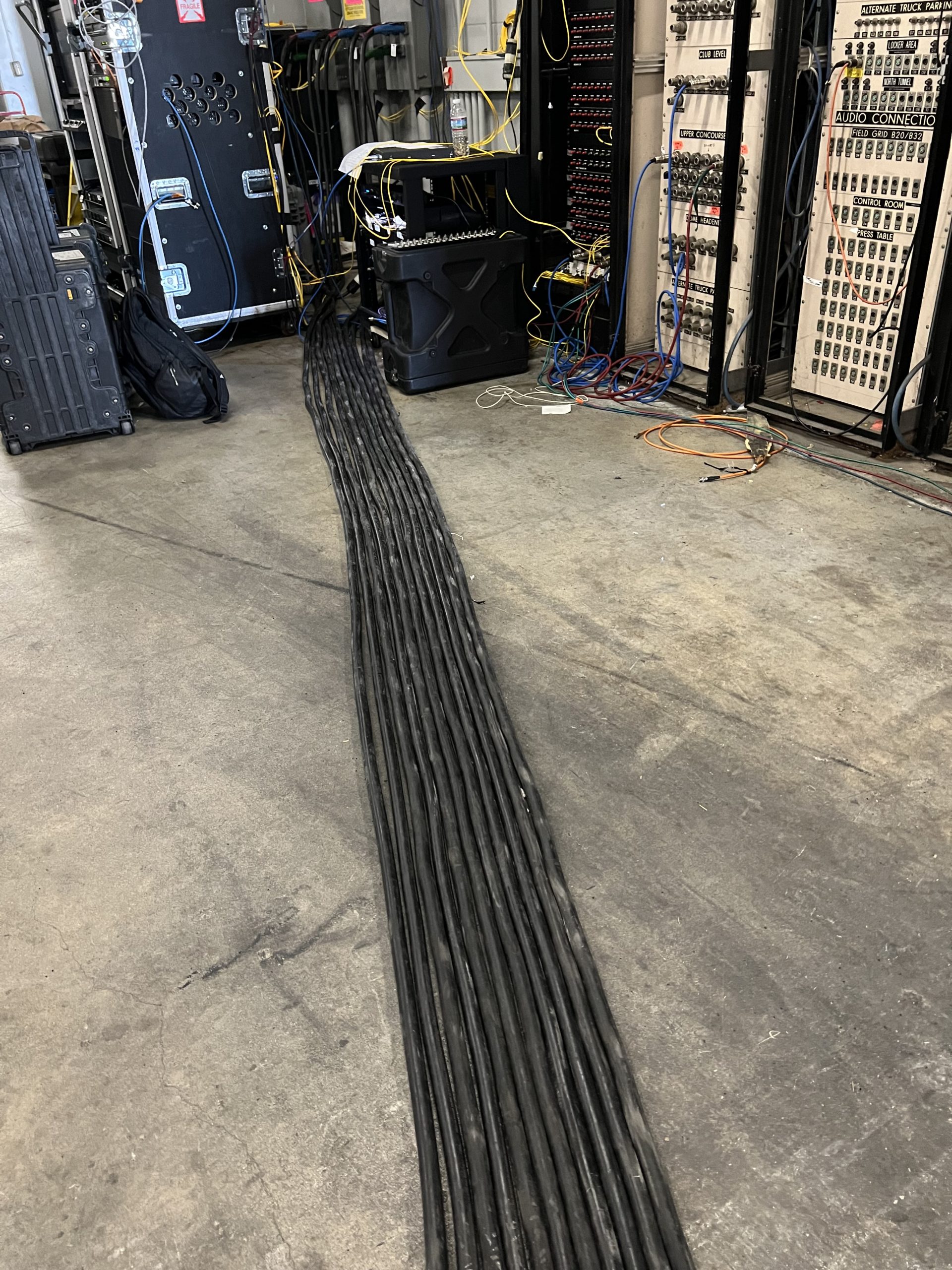 ESPN laid down its own fiber to key positions at the Alamodome ahead of time.

In addition to rolling out more cameras, ESPN has enhanced its onsite infrastructure as well. The  broadcaster’s A-game truck, NEP EN3 (A and B) is on hand at the truck dock in San Antonio, and a small crew arrived two days early to lay down its own fiber for the majority of its camera positions, the announcers table, and the scorer’s table.

“There is already some fiber in the building,” notes McDonald, “but, with two other [RSN] shows — the Spurs [Bally Sports Southwest] show and the Golden State [NBC Sports Bay Area] show — we didn’t want to stress the building’s infrastructure any further, and we wanted to be able to control our own destiny. We spent the last two days pre-cabling with fiber to all the most important positions.”

Tonight’s game, which is being held at the Alamodome in honor of the Spurs’ 50th anniversary, will allow fans to celebrate the history of their team, which normally plays at AT&T Center. In addition, McDonald and ESPN’s remote-ops team (led by Operations Producer Patty Mattero) will have a welcome new challenge in the midst of a lengthy NBA season.

“Of course,” McDonald adds, “we are used to doing large event shows with the Conference Finals and Finals, but to be able to do an event of this size and magnitude during the season is exciting. It’s nice to come to a different arena and have a challenge that you don’t see every week.”

Check out additional images from ESPN’s production of tonight’s Warriors-Spurs game from the Alamodome below: 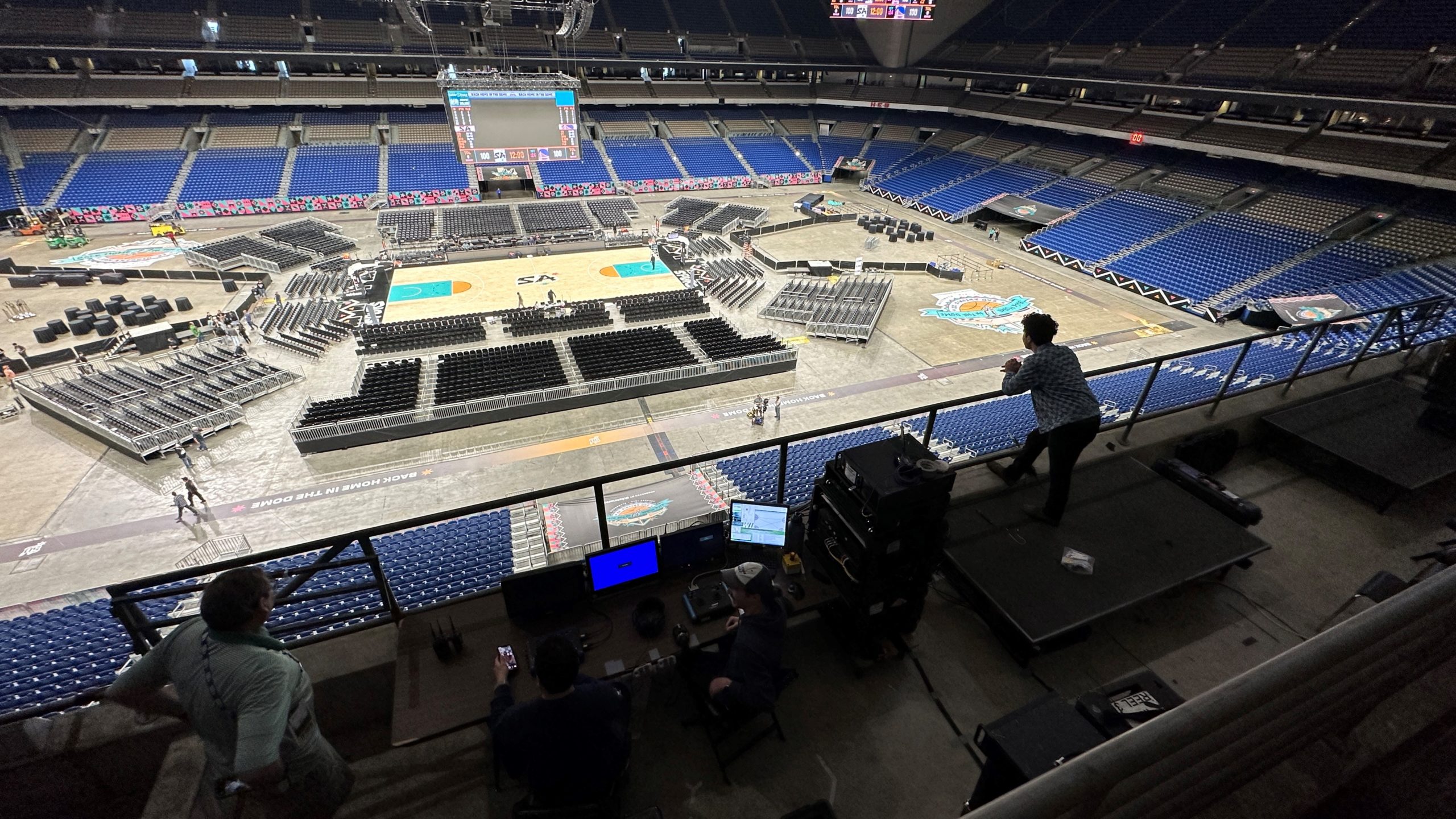 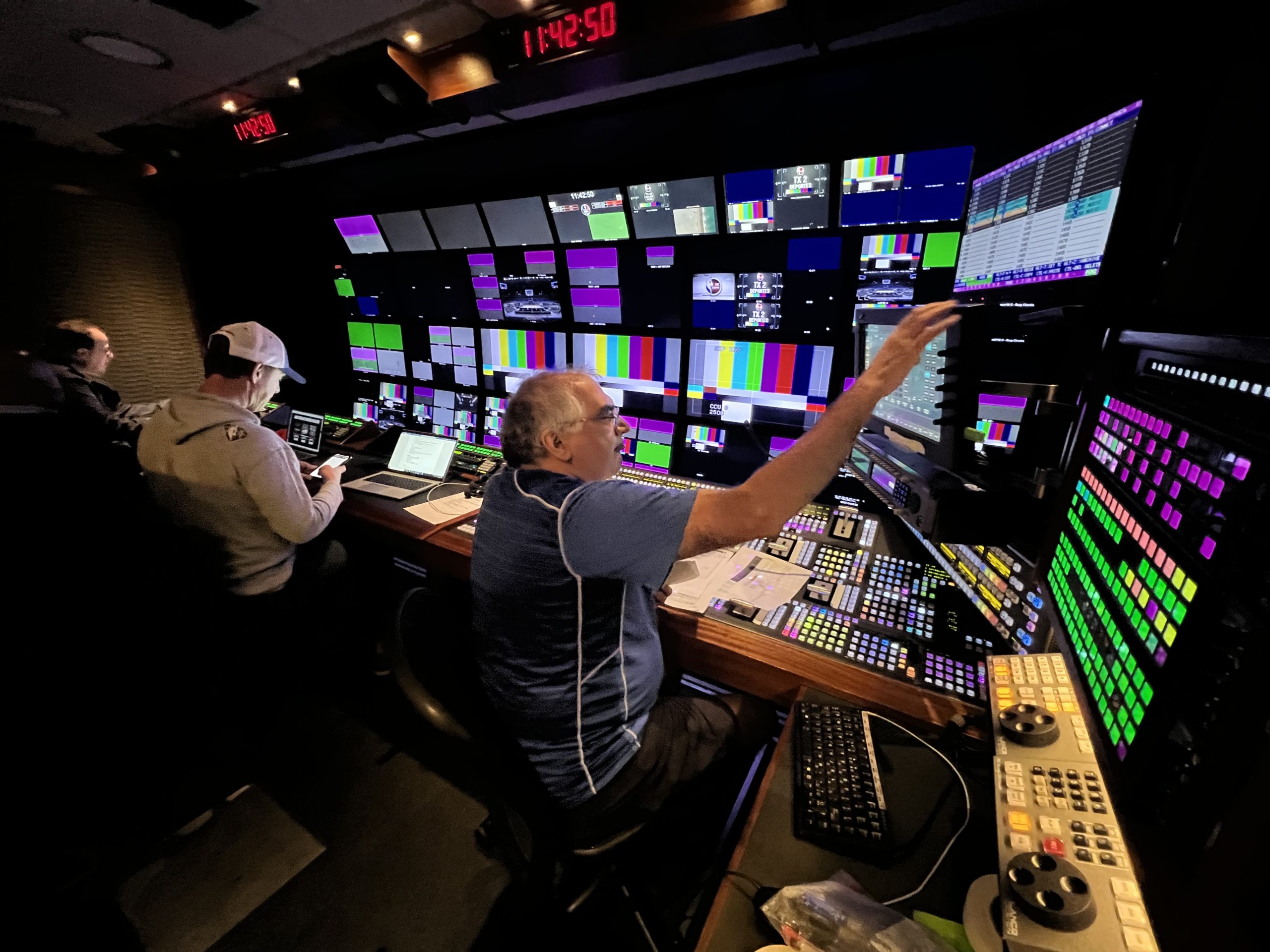 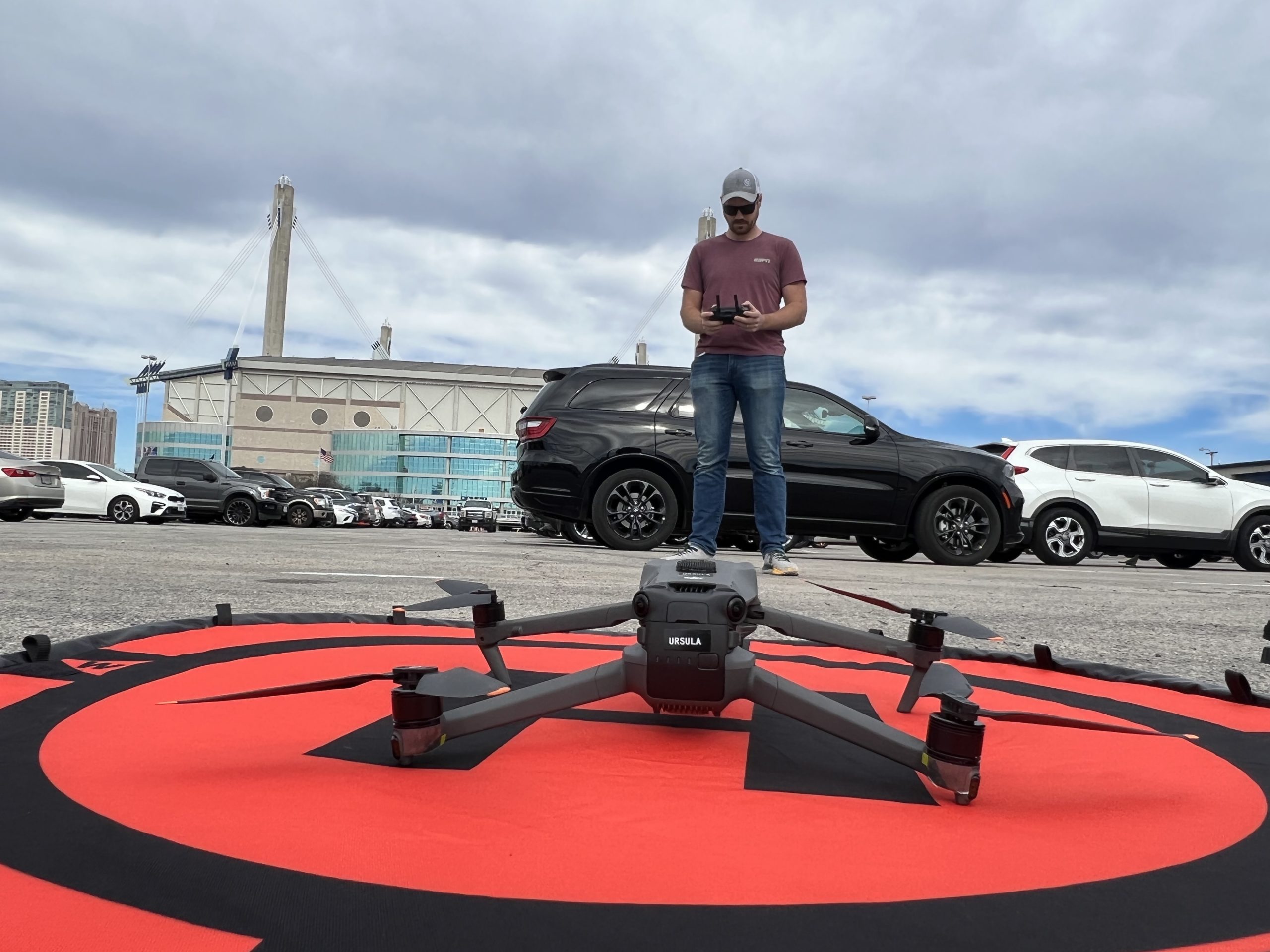 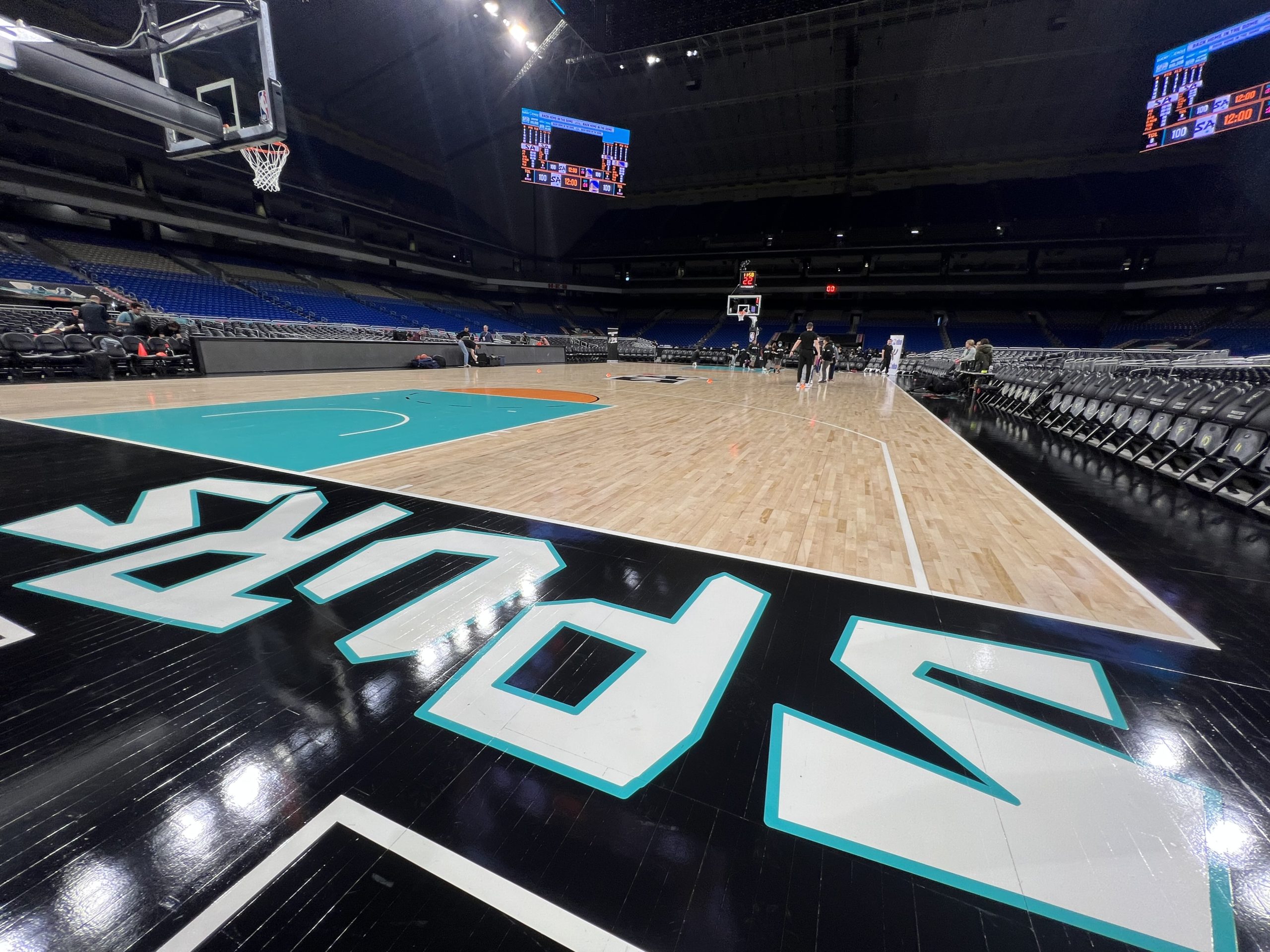