On Wednesday, November 1, NBCUniversal will celebrate 100 days until the start of the 2018 PyeongChang Olympics with a company-wide celebration that will utilize its collection of broadcast, cable, affiliate, regional, digital, social, radio, and theme park assets. 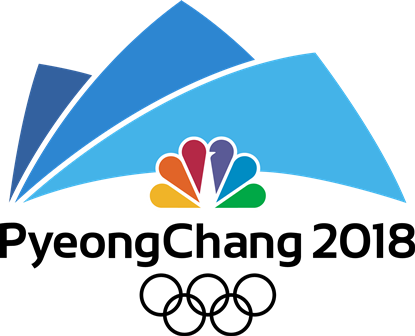 Mike Tirico, who will serve as NBC Olympics’ primetime host for the first time this winter, will be in PyeongChang, South Korea, on Wednesday to join numerous NBCU programs, including TODAY, NBC Nightly News with Lester Holt, and NBCSN’s The Dan Patrick Show.

NBCU will once again implement a primetime promotional “road block” across more than a dozen NBCU broadcast and cable networks. Each of the networks will run an Olympic promotional spot within the 8 p.m. hour. The day-long celebration will also permeate NBCU’s 50-plus websites; Universal Parks & Resorts in Hollywood, CA, and Orlando, FL; and The Shop at NBC Studios in Rockefeller Plaza.

“With the temperature dropping and winter on the horizon, the 100 Days celebration is the perfect time to amplify our Olympic engagement plan,” says Jenny Storms, CMO, NBC Sports Group. “No company can match the promotional power of NBCUniversal, and we are maximizing those unprecedented assets more than ever before. The 100 Days celebration will thrust our already robust campaign into its next phase, building momentum right up until February 8, the first night of our primetime coverage.”

NBCU is also collaborating with the U.S. Olympic Committee on its extensive 100-day celebration efforts. More than 50 Team USA athletes will take part in an Olympic Festival in Times Square, as the Team USA WinterFest converges on New York City on Wednesday. Athletes will participate in a press conference, autograph sessions, sport demonstrations, and on-stage interviews between 1:00 – 8:00 p.m. ET. NBC News Channel will be on site all day to capture content for NBC’s 239 local stations. The event is free and open to the public between 3:00 – 8:00 p.m. ET.

In addition, Olympic Channel: Home of Team USA will present The 100 Days Out Special on Wednesday at 7:00 p.m. ET. The hour-long special, hosted by NBC’s Jimmy Roberts and Carolyn Manno, will feature highlights and interviews from the celebration, and include live musical performances by Grammy Award-winning artist Darius Rucker and America’s Got Talent season 11 winner Grace VanderWaal.

Throughout the day and in the weeks and months leading up to the Games, NBCU and the USOC will jointly use the hashtag #WinterOlympics across their respective platforms.

The popular morning news program TODAY, will celebrate by transforming the plaza into a ski slope. The celebration will also feature a parade of dozens of Olympians, including two-time Olympic medal skier Lindsey Vonn, and three-time U.S. champion and 2016 world silver medalist Ashley Wagner. Wagner will give a special performance on the newly decorated iconic rink at Rockefeller Center that will feature the 2018 PyeongChang Olympics logo. This marks the first time the rink has featured an Olympic logo.

NBC Sports Regional Networks: NBC Olympics is providing the regional networks with taped elements featuring Olympic athletes. The regional networks are also being sent numerous promotional materials, including “Go Team USA” hats that can be used for the 100-day celebration, and in the lead up to the Games.

NBCOlympics.com: The refreshed site will pivot to its pre-Games iteration by providing PyeongChang 2018 previews and updates as Team USA takes shape; the most up-to-date Olympic news; dedicated sections on each of the 15 Olympic-summer sports; look-back videos from Sochi 2014; original video profiles of select athletes; and much more. The site now features a responsive design that improves the user experience across multiple devices.

NBCUniversal Social Media: Numerous NBCUniversal social media accounts will spread 100 Days Out messages across the most popular destinations, including Facebook, Twitter, Snapchat, Instagram, and many more. Efforts will include a 9:00 a.m. ET social media “road block” across numerous NBCU accounts, the consistent use of the hashtag #WinterOlympics, and the incorporation of content featuring Olympic hopefuls and legends.

NBC Sports Radio: With more than 400 stations, the radio network will produce editorial content throughout its portfolio of programs on Wednesday, including Olympic athlete interviews. It will also use its social media platforms to drive Olympic awareness on the 100-day celebration.