With the Tokyo Olympic Games less than three weeks away,  NBCUniversal held a press event with key executives to discuss what NBCUniversal Television and Streaming Chairman Mark Lazarus calls a logistical feat: delivering 7,000 hours of programming across many platforms, much of it live and in an environment designed to make it easy for Olympics fans to find what they want. 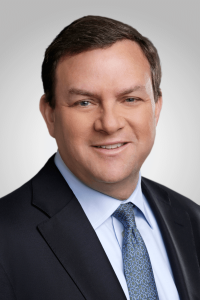 NBCUniversal’s Mark Lazarus: “As the Games have grown and expanded, so have we.”

“I think, as the Games have grown both in scale and number of sports and number of athletes and as much as we have to cover, we as a company have grown and evolved, too,” he says. “If you go back to the first Games that I was involved with, which was in 2012 in London, that was the first Games that we streamed everything live. That had never been done before. Now we expand to what we’ve been doing more with Telemundo in Spanish, all our cable networks, and now we bring it to Peacock. We’re able to continue [because], as the Games have grown and expanded, so have we, and so have how consumers utilize it.”

Getting to this point has not been easy given that the team has been hard at work planning for the Tokyo Games for more than three years. NBC Sports Group Chairman Pete Bevacqua notes that the extra year due to the postponement allowed the team to prepare even more.

“We have spent the better part of the last 14 months learning how to do things differently, taking those skills that now will absolutely apply themselves as we tackle what should be, I think, one of the most interesting and special Olympic Games ever,” he says. “I think the world right now needs an Olympics more than ever.” 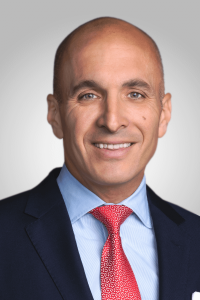 For the second straight Games, NBC faces a large time-zone difference, with Tokyo 13 hours ahead of the Eastern Time Zone. Lazarus, though, sees that as allowing the best of both worlds, especially in a multi-platform universe. For example, women’s gymnastics can be live on Peacock in the morning, and highly produced dramatic moments and the entirety of the event can air on NBC in primetime.

NBC Olympics has a team of about 200 people on the ground in Tokyo, and, according to NBC Sports Group President, NBC Olympics and Business, Gary Zenkel, everything is going smoothly.

“Their report is,” he says, “there probably never has been a smoother buildup and the Japanese have done an amazing job. We’re quite confident, given them and given the protocols that we have applied to ourselves through 14 months of operating remotely and operating in buildings like this, that it’s going to be a very safe and very successful Games.”

Zenkel adds that, when the postponement occurred, it was clear that operating in Tokyo with a team of 2,000-plus people was going to be challenging, given what we were learning about operating in a COVID environment.

“We threw a deep-planning exercise and moved 350 people home,” he says. “Of course, we already had 1,500 or so who were going to operate from home. That team swelled a bit. We then spaced out a bit across Stamford, [CT]; 30 Rock; CNBC; and Telemundo and the other parts of the NBC infrastructure. Now we’re set up again with a lot of learnings to operate in both places.” 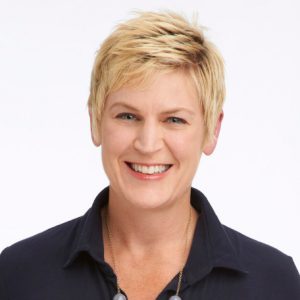 NBC Olympics Production’s Molly Solomon: “Our goal was to be everything for everyone.”

Executive Producer/ President, NBC Olympics Production, and Executive Producer, Golf Channel, Molly Solomon expects the athletes’ stories to be even more compelling given the postponement. Following those stories, she says, will require the most ambitious coverage plan ever.

“We’ve also adapted to the changing consumption habits,” she explains. “Our goal was to be everything for everyone. We’re going to have eight total networks. USA and NBCSN will be dedicated to 24/7 coverage, long-event–form coverage. Of course, we’re going to have our newest platform, Peacock, with some unique viewing options. And everything is always streaming on NBCOlympics.com and the NBC Sports app. This really is everything for everyone.”

NBC also has a solid social-media plan, working both in-house and with partners to develop content designed for the sensibilities of a social-media audience.

“Twitch is new to us, and we’re excited about it,” Zenkel adds. “There is going to be a day of programming on Twitch, like clip shows and Twitch streamers and gamers doing their thing and talking about the Games. There’s also going to be what is called the Side Cast, which will happen side-by-side with the NBC primetime show [and they will be] talking about what’s going on, what’s coming up, and energizing that audience.”

NBC will also be live in primetime across the entire country, and Rob Hyland, primetime producer, NBC Olympics, is ready to meet the needs of fans across the country, with primetime live from coast to coast.

“This is my first Olympic experience in the International Broadcast Center,” he says. “I’m excited to be a part of this tradition of best-in-class storytelling and excited to get going.”

The big change for the primetime show, he adds, is an outdoor set: “We wanted to capture Tokyo live each morning and have [Tokyo] Bay behind you, the Rainbow Bridge, and showcase the environment that is Tokyo. We have some really cool set designs that Mike Sheehan, our coordinating director, has come up with. In fact, for the first time ever, we’re going to have virtual-reality graphics in primetime as part of our presentation to bring some of the stories and characters to life in a new way.”

“Along the main menu, on the top, we’ll be launching what we call an Olympic hub,” he explains. “This is where streamers will have access to all the Olympics content in one place. And, on the bottom, we’re going to be organizing and curating the whole Olympics by sport. If you want to watch Simone Biles live, it takes the click of a button. We’ll have live programming always top, front, and center.”

There will also be original programming, highlights, and a dashboard with schedule information, medal counts, and more.

“We have roughly 42 million Peacock sign-ups, and we continue to be very pleased with the progress we’ve been making,” says Strauss. “[The Olympics are] one of the unique things we can do as a company to help us continue to build out our platform. We don’t have any new guidance on this, but we are very optimistic that this is going to bring a new audience to Peacock and help us grow as we continue to add more and more subscribers.”