NBC Sports coverage of NASCAR begins this weekend in Daytona and once again the scale of the show demands the most out of a technical, production, and talent team that will be pushed to the limits in order to keep up with all the action. 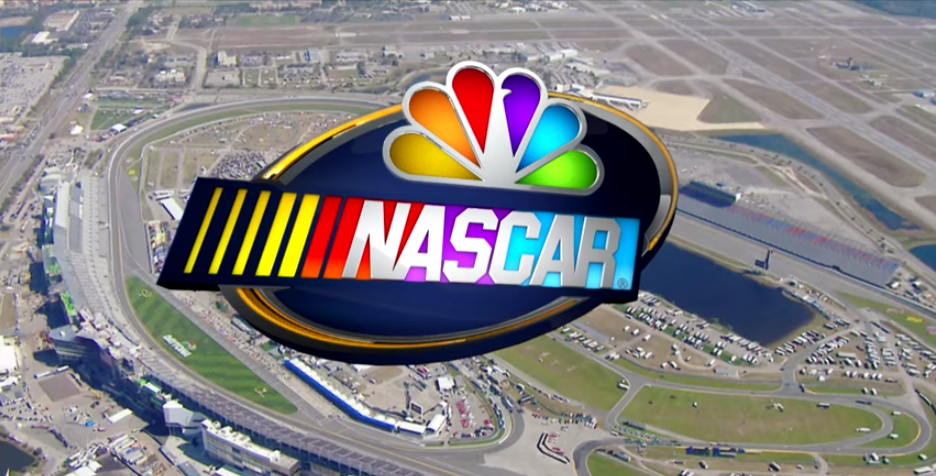 “This is a Super Bowl every week and the crew that works their tails off couldn’t be better,” says Sam Flood, NBC Sports, executive producer. “They’re so passionate about the sport and from top to bottom they understand that they are putting on [the equivalent] of a Super Bowl in these various venues. So the respect we have for their efforts is through the roof.”

Flood says that NBC Sports will be rolling out the red carpet for coverage this year by showing more practices, qualifying and other content than ever.

“It’s going to be on NBC and NBC Sports Network and we’re thrilled we can get our crack at it again,” he adds.

Craig Bernstein, NBC Sports director, remote technical operations, says that working with Game Creek Video’s PeacockOne trucks last year was a huge success. PeackockOne A and B units will once again be at the center of the production operations and there is not a huge leap in technology given that the unit already was at a fairly high level of technical sophistication.

“PeacockOne performed up to our expectations and in some cases exceeded it as the guys at Game Creek did a fantastic job,” says Bernstein.

Ken Goss, NBC Sports, SVP of remote operations and production planning, says that a key enabling technology for NBC Sport’s coverage is the Sony HDC-4300 camera that can be switchable to six-times recording. Like last year there will be 23 of those cameras on hand as part of a 45 camera production, which also includes 24 0n-board cameras inside Sprint Cup Series cars. will be complemented by 80 microphones. Bernstein says that during the season the average number of cameras will be around 40, including an Inertia Unlimited X-MO high-speed camera that is on hand for photo finishes.

Adds Flood: “We’re going to keep taking advantage of the X-MO’s as we realize high-speed, slo-mo stuff is much more engaging than we realized even a year ago. And the more you watch the more you realize what you can showcase with it.”

Goss says that last year expanding the EVS playback was key and the trucks are customized perfectly for our production team. “We continued to grow the production [during the first year] and we couldn’t be happier,” he says. “So we’re looking forward to getting going again here and the energy is high.”

Operating alongside PeackockOne will be Game Creek’s Discovery unit (handling pre- and post-race coverage) which has been upgraded with a Calrec Artemis audio console and a Grass Valley Kayenne production switcher.

“We’ve also added a Calrec core audio router that handles all the Hydra signals between PeacockOne and Discovery,” adds Bernstein. “If you look at the inputs and outputs of Discovery there isn’t a single piece of copper; it’s 100 percent fiber interconnected.”

Bernstein says the new audio console and router streamlines the studio production which is a major part of race coverage.

“We were a little hamstrung last year getting signals in and out of our studio truck,” he says. “So we worked with Game Creek to come up with a pretty good solution. I don’t think there is any other Calrec core router working the way ours is here as it is dedicated to moving Hydra2 signal in the compound. And we are also doing more with Dante [audio-over-Ethernet] between the RTS [intercom] and Calrec for audio and communications.”

NBC Sports also has a truck on hand for robotic cameras and an edit truck with two Avid suites. BSI has a truck for handling wireless video and audio needs and Sportvision’s truck is the core of production efforts that help turn a wealth of data and tracking information into visual graphics that are incorporated into the coverage.

Like last year the NASCAR team will be connected to the NBC facility in Stamford, CT for file exchange. Approximately 1 TB of data will be moved from the race location to Stamford each week before it is ultimately transferred to NASCAR’s facility in Charlotte.

“It really helps us produce a better studio show and it’s been very successful for us and NASCAR,” says Bernstein.

Also helping with studio show efforts will be the use of Microsoft Surface tablets as talent will be able to get a better handle on real-time information on pit row and in the studio.

“It’s going to give them more access to more data and, in addition, we’re going to be feeding our pit reporters all the radio traffic from the key drivers,” says Flood.

Adds Goss: “Our goal is to keep expanding the bandwidth to enhance the speed of the file transfer and our partnership with NASCAR Productions is as strong as ever. Much of the credit has to to go them because they help us out week after week with cabling and providing a lot of the infrastructure to stay one event ahead. It’s invaluable to us and we appreciate all their efforts.”