Live From MLB All-Star: Game Audio Is More Comprehensive Than Ever

Microphones will dot the field for near–real-time sound

Broadcast audio for today’s MLB All-Star Game will have more sound sources than ever before. In a strategy devised jointly by Fox Sports and the league, nearly two dozen new microphone locations have been installed in San Diego’s Petco Park. Up to 16 new microphones are buried, in pairs to achieve a stereo image, in the outfield grass and at the outer perimeter of the infield near the typical shortstop and second-base positions. They will capture infield and outfield plays close-up in a way that has never been attained with distance microphones, such as shotguns and parabolic microphones. 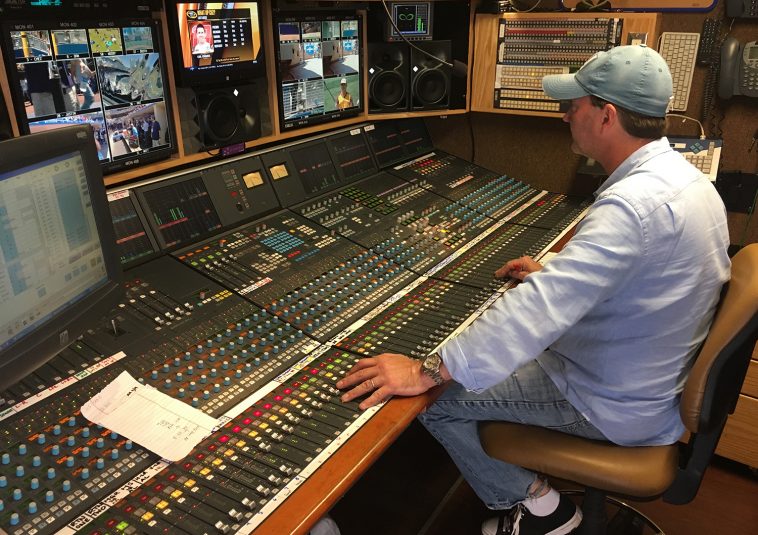 In addition, two parabolic operators will be allowed on the field near first and third bases, where foul-ball retrievers are usually positioned. They will wear protective clothing, including helmets, and will be able to focus directly at plays. Four stationary parabolic positions on the outfield fence remain in place, as do three unmanned parabolic positions behind and around home plate, in padded boxes to increase their isolation from ambient noise.

The extensive level of audio coverage is on a par with that of NFL broadcasts, on which mics on guards and centers are routed to a league-controlled mixer and then to the broadcast console. For the MLB All-Star Game, microphones have been placed in the ground near the pitcher’s mound — a first — and on the umpires. However, their signal will be directly available to the broadcast mixers, the mics being open from pitcher’s windup to umpire’s call. All the audio will be on a six-second delay.

This broader audio coverage was conceived in meetings between the league and Fox Sports in February and was fine-tuned during two preseason games. Joe Carpenter, the veteran A1 for Fox Sports’ baseball broadcasts, including the All-Star Game, credits MLB COO Tony Petitti with the vision for the changes.

“We’ve had the umpires wired before,” he explains. “But that audio was always sent first to tape and used in replays, after review by the league. This would be the first time that that audio become part of the game in real time. It’s a game-changer.”

Carpenter, who will be mixing from Game Creek’s Fox remote-production truck, adds that the new microphones placed in the outfield will add a dimension to the game experience that distance mics cannot. “We’re really listening for the athleticism of the game,” he says, “what it’s like to hear a great catch or a tough double play on the field. This is really unprecedented access to the sound of a baseball game.”

The additional on-field audio is enabled largely by a new microphone product from Quantum 5X, which has developed on-field and on-player microphone systems for football and the NBA. The company’s QT-5100 AquaMic is resistant to moisture, making it a good choice for the moist field. However, according to Carpenter, its biggest advantages are that its internal lithium battery lasts eight to 12 hours on a single charge and that the transmitters can be turned on and off remotely.

“Battery life was the biggest issue in the past when we’ve experimented with putting microphones out in the field,” he explains. “We’d have to put them out early the morning of the game with fresh batteries. With the longer battery life, we can place them there the day before the game, and we can conserve battery power by turning them off until needed.”

Management of the increased number of additional audio sources will be split between Carpenter and submixer Bob Qua, who will be mixing on a Presonus console from inside the stadium. Qua will also handle the conventional effects sources used in event games like this one, including the mic capsules embedded in the bases, which are paired with Shure UR1H transmitters, provided by CP Communications, and changed often during the game.

Carpenter hopes this more comprehensive approach to sound will be extended to postseason broadcasts. “It makes a huge difference in the experience,” he says. “There is no place in this park that you can hit a ball that we won’t be able to hear it.”