IBC 2016: Clear-Com’s Boster sees wireless and networks in the future of broadcast audio

Clear-Com has a clear view of the future, and it’s going to involve wireless and networks. Those are observations of Clear-Com President Bob Boster, who says the company’s recent released FreeSpeak II wireless comms product reflects that. He also sees the Audinate Dante proprietary networking format and the AES67 interoperability standard as pairing to create a “mature” networking future for broadcast audio. 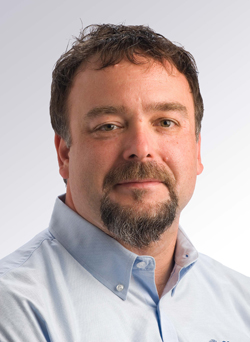 Boster regards AE70, which defines a scalable control-protocol architecture for professional media networks, and the Open Control Architecture (OCA) Alliance as doing the same for control of those signals, as promising though not equally well developed yet.

“We’re at the point where we can believe all of this is real now,” he says. “It remains to be seen how it will all come together for customers, but at least the I’s and T’s have been dotted and crossed.”

As for AVB, which continues to be promoted as an alternative for audio, video, and control transport, Boster considers the technology impressive but not as relevant as he’d like for broadcast applications. “It’s quite well suited for moving audio around large venues and between venues,” he says, suggesting that it could have a viable future in live sound.

But the main trend he sees is communications moving further into a wireless domain, propelled by the loss of more UHF spectrum, and AoIP technology increasingly used as a scalable resource for broadcast and other comms applications.

“Together,” he says, “these shifts [to wireless and AoIP] represent a huge inflection point in the market.”