Hardcores and Casuals: Limelight Looks at the State of Esports

Study reveals fans like watching as much as playing videogames online

Playing games is serious work, as the newly released Limelight report The State of Online Gaming 2018 points out. People who play videogames play them a lot, averaging almost 6 hours per week. For 18- to 25-year-olds, the average is more than 7 hours. Plus, the average playing session is 1 hour and 20 minutes. 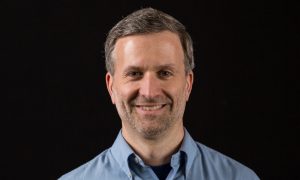 Limelight’s Mike Milligan: “Online gaming is becoming a true sport to [fans], and they are devoting a lot more time to watching people do that.”

For Mike Milligan, a senior director at Limelight, this points to a fundamental change in what is considered sports. “The definition of sports is blurred quite a bit for many younger people, so, to them, it’s not just watching players out in a physical field competing against each other head to- head. Online gaming is becoming a true sport to them, and they are devoting a lot more time to watching people do that.”

Subculture is becoming culture, and it’s all happening much faster than Milligan would have imagined. Sports figures, such as Dallas Cowboys owner Jerry Jones, are keeping ahead of the trend by acquiring their own esports leagues (in November, Jones became part owner of compLexity Gaming). Considering how smart the sports professionals are who are getting involved — and how well they can market sports and build interest — Milligan sees a day coming when a top esports competition attracts more interest than the Super Bowl.

For some fans, going pro is the real dream. Limelight surveyed 3,000 people in six countries — the U.S., UK, France, Germany, Japan, and South Korea — and considered anyone who played more than once per week a gamer. It asked how many would like to quit their jobs and go pro if it would support them, and about one-third of respondents would like to go pro, with the highest rates in the U.K. (41.8%) and the U.S. (35.4%).

The term gamer suggests a hardcore fan playing on a gaming computer, but Limelight defines it more broadly. Anyone playing on a mobile phone is a gamer, which is why the report divides players into casuals and hardcores. Casual games are huge business, and the report points out that they’re played more often than other types. More than 20% of gamers play less than an hour each week, and casuals prefer phone gaming. The hardcore segment is growing, though, and men especially like first-person shooters. Limelight considers people who play online games more than 7 hours a week as hardcore. 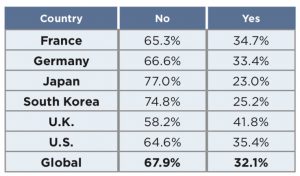 Among the questions the Limelight survey asked: Would you quit your job if you could support yourself as a videogame player?

The report points out differences in how men and women game. Men play for longer periods of time and choose consoles or dedicated gaming computers more often. Women are more likely to be casual phone gamers.

Limelight also found differences in how countries game. In South Korea, for example, a large percent of the population games every week but not for that long, averaging 4.42 hours per week. The country with the highest average time spent gaming was the UK: 7.15 hours per week.

Hardcore young gamers are more willing to pay to download games, the report points out, a situation that can help companies creating a monetization strategy. Ad strategies work best for casual gamers, who are often unwilling to pay for games.

“One of our recommendations was to make it easy for people to try your content to understand if they really want to make the financial investment in your content before they pay,” Milligan says. “Because, certainly, creating games is great, but we know that the game manufacturers want to be able to try to monetize that as much as we can.”

Although not every player is a hardcore gamer, the interest in esports is picking up fast. Leagues looking to capitalize on the momentum should start by taking a look at Limelight’s report.