There are numerical feats so extraordinary that they can be easily taken for granted.

Much like Lebron James putting up 45 points a night in the NBA Playoffs, the Pac-12 Networks produces a staggering 850 live sports events per year, and, somehow, it has become spectacularly normal for them to do so.

This weekend, P12N puts the finishing touches on another impressive campaign — the sixth in its history — that will see the network, again, hit the 850 mark during the final baseball weekend of the season. 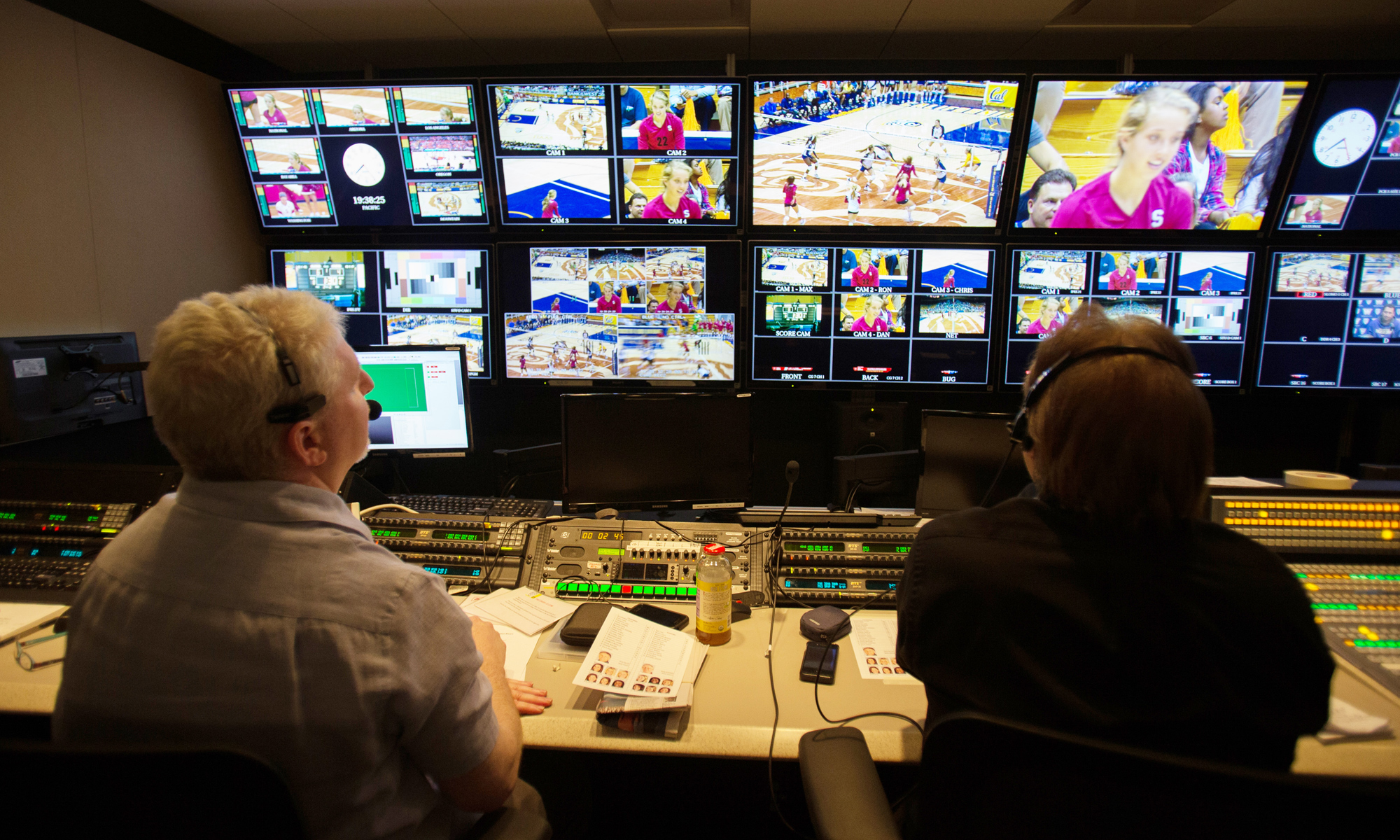 “850 is still seen as a massive amount of live–event-production volume,” says Will O’Toole, senior coordinating producer, Pac-12 Networks. “[Given] all of the different departments that have to touch not only the 850 live events but 30+ different sports, it feels like a growing a sense of accomplishment as hitting that number gets closer.”

When you consider, as Kyle Reischling, VP, remote events, Pac-12 Networks, points out, that all those events happen within a nine-month window, the accomplishment becomes even more impressive. Plus, P12N is by no means coasting to the end of this proverbial marathon. The production team is in a sprint to the finish line.

More than 250 of the total 850 events come during spring championship season, which features some of the heaviest weekend programming slates of P12N’s entire year. In one week this month, the network produced 39 events, 36 in a four-day period. The diversity of the events is also notable: nine sports were covered, including six conference-championship events.

“I am proud of our commitment to women’s athletics, and the effort we put into sports that normally don’t get a lot of attention is as high as it can be,” says EVP, Content, Larry Meyers, an industry vet who joined P12N in March. “I think it’s exceptional the breadth of our commitment to student athletes, the programs, and diversity across gender and individual lines.” 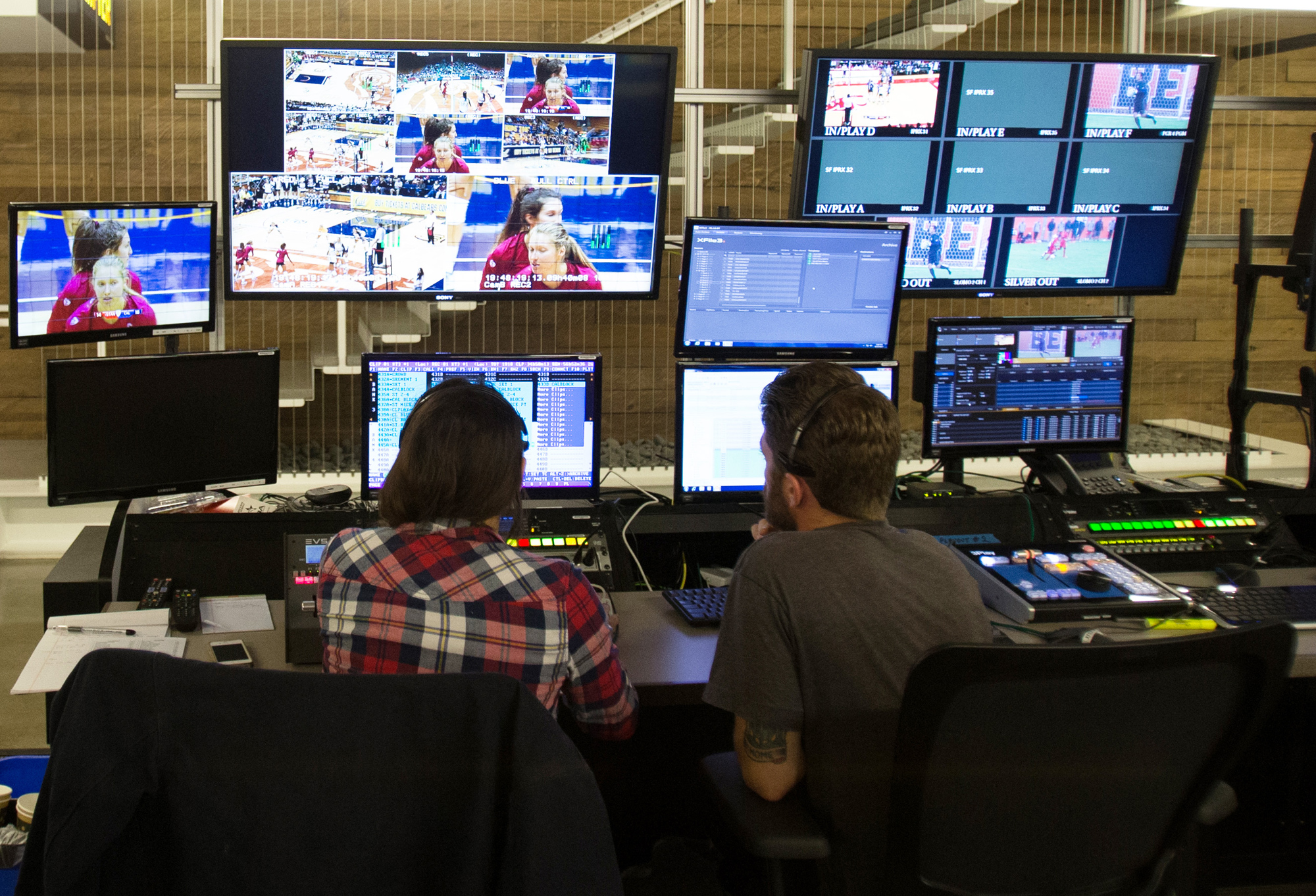 More than half the 850 events produced by P12N are women’s events, and Meyers notes that both beach volleyball and gymnastics have been major ratings winners for the company.

Much of how Pac-12 Networks accomplishes this feat technologically has been chronicled. Its commitment to at-home production is second to none in its scope, and it’s no secret that 850 events wouldn’t be possible without the network that links the conference’s 12 schools.

This year did see a big change to that network, however. P12N worked directly with Internet2 (I2) to establish its own 10-gig network across the entire conference map, breaking free from the university- and research-based network that it had leveraged since launch. According to Senior Remote Technology Manager Bjorn Estlund, the new 10-gig network has opened up 10-gig pops at essentially every Pac-12 venue and also offered the network better connectivity at other venues, including Levi’s Stadium (P12N was able to host an at-home pre/postgame show from the conference’s football title game there), T-Mobile Arena in Las Vegas (home to the men’s basketball championship), and KeyArena in Seattle (home to the women’s basketball conference championship).

“It gives us a more robust and more reliable transmission path [to work with],” says Estlund.

The connectivity between the 12 campuses is perhaps the main factor, according to Meyers, separating Pac-12 Networks from the sports-media pack, and it’s a symbol of the connected relationship between the conference and the schools that he plans to enhance.

“What’s unique to a college-conference network when compared to other sports networks is the way in which we are connected to our venues,” he explains. “The more you talk about at-home and automated workflows, connectivity comes up over and over as the most challenging link in the chain. Being connected the way we are to the schools makes a huge difference.”