ESPN and the Atlantic 10 Conference have reached a multi-year media rights deal for more than 500 conference events each year to be carried on ESPN+, the first multi-sport, direct-to-consumer subscription streaming service from The Walt Disney Company Direct-to-Consumer & International segment in conjunction with ESPN, which launched earlier this spring. The comprehensive new deal makes ESPN+ the exclusive streaming home for a number of the Atlantic 10 Conference’s sports and includes exclusive games from multiple A-10 Championships including men’s and women’s basketball, men’s and women’s soccer, field hockey, women’s volleyball, baseball, softball, and lacrosse. 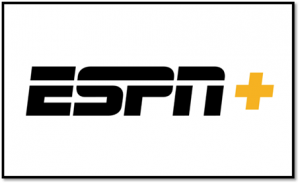 “ESPN+ has quickly established itself as a go-to destination for exclusive sports content,” says ESPN Executive Vice President of Programming and Scheduling Burke Magnus. “We are thrilled to add the Atlantic 10 Conference, carrying more games from the conference, including multiple exclusive championship events, than any other network, while also offering an increasingly personalized experience on the ESPN app. The new deal bolsters our college sports offerings on ESPN+ to go along with professional leagues such as MLB, NHL, MLS, and premier events from Grand Slam tennis, Top Rank boxing, UFC, and the PGA Tour.”

“The A-10 and ESPN have had a long-term linear television agreement that has been a win-win for both parties,” states Atlantic 10 Commissioner Bernadette V. McGlade. “This additional agreement gives the Atlantic 10 and its membership unprecedented visibility on some of the best streaming technology in sports, and it gives ESPN+ a wealth of high-level collegiate sports content. I can’t thank ESPN enough for their partnership with the Atlantic 10 Conference.”

Starting in the 2018-19 season, ESPN’s and the Atlantic 10 Conference’s new deal will make at least 330 men’s and women’s basketball games available on ESPN+ annually, which add to the 16 games already available on ESPN’s linear networks through an existing media rights deal between ESPN and Atlantic 10. Also, ESPN+ will now exclusively stream two opening round games from the men’s basketball championship and four quarterfinals from the women’s championship. An ESPN’s linear network will continue to air the A-10 Championship final of the women’s tournament.

In addition to basketball, a multitude of the conference’s sports will see a drastic increase in regular season exposure on ESPN+, including the vast majority of conference-controlled men’s and women’s soccer and baseball games. ESPN+ will also carry semifinals and finals from a number of conference championships:

Additional sports, including A-10 Championship action, may be added to ESPN+ lineup.

The Atlantic 10 Conference is the latest addition to ESPN+ comprehensive lineup, which include hundreds of MLB, NHL and MLS games, Grand Slam tennis, Top Rank boxing, PGA Tour golf, college sports, international rugby, cricket, original shows and series, the full library of ESPN Films (including 30 for 30) and more. ESPN has previously announced deals with The Ivy League and Sun Belt, with hundreds of games from each conference available on the platform each year.