Behind the Mic: Keith Olbermann Back at ESPN; Actor Anthony Anderson To Host 2018 NBA Awards on TNT

Behind the Mic provides a roundup of recent news regarding on-air talent, including new deals, departures, and assignments compiled from press releases and reports around the industry. In this week’s edition, Keith Olbermann receives more responsibilities in another stint at ESPN, Anthony Anderson hosts the 2018 NBA Awards on TNT, Danica Patrick emcees the 2018 ESPYS, Poker Central appoints Ali Nejad, Lon McEachern, and Norman Chad as the broadcast team of the World Series of Poker, ESPN hires Lindsey Thiry to cover the NFL’s Los Angeles Rams and reassigns Alden Gonzalez to a new multimedia role, Ariel Helwani is pegged as ESPN’s newest reporter to their MMA initiative, Kate Abdo will head Turner and Bleacher Report’s involvement in the UEFA Champions League, and ESPN broadens reporting duties for Louis Riddick in addition to hiring John Fox as an analyst. 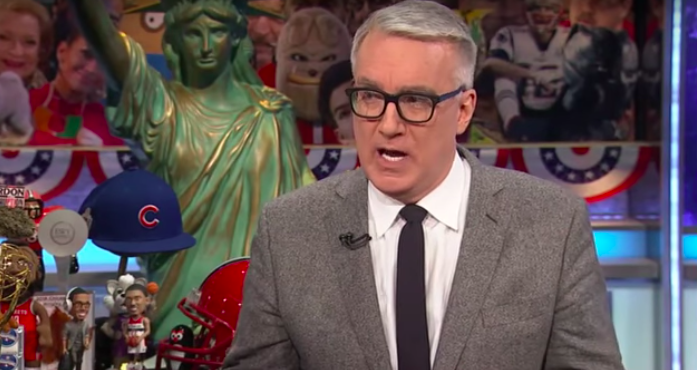 …Keith Olbermann will expand his existing ESPN role by making additional appearances across ESPN platforms and programs in 2018 as part of a new agreement. Olbermann, who has contributed to various ESPN shows since January, will combine select studio assignments with on-site opportunities, including radio play-by-play. On SportsCenter, he will continue to develop regular features on timely and historical topics. Olbermann will also guest anchor approximately 20 special editions of the 11 p.m. ET SportsCenter throughout the year.

Olbermann will take on select MLB studio and game assignments, including play-by-play for a few games as well as a handful of studio hosting responsibilities on Baseball Tonight and cut-ins/highlights within game telecasts. Additionally, he will be on site at the MLB All-Star Game and hosting segments for SportsCenter. He will also host SportsCenter segments during the MLB post-season, including the World Series.

As he has done in recent weeks, Olbermann will co-host a handful of editions of PTI and will make guest appearances on Outside the Lines with host Bob Ley. Olbermann is expected to make appearances as both a guest host and a call-in guest on various ESPN Audio programs.

Prior to his latest ESPN role, which began in January, Olbermann hosted ESPN2’s daily series Olbermann from 2013 to 2015. He had other stints working for ESPN over the years, most notably as SportsCenter anchor from 1992 to 1997…

…Turner and the NBA announced that comedy and sports will collide as Anthony Anderson will take the helm as host for the 2018 NBA Awards on TNT presented by Kia airing Monday, June 25 with coverage beginning at 9 p.m. ET. This year’s event – presented live from historic Barker Hangar in Santa Monica, Calif. – will honor all of the league’s top performers from the 2017-18 NBA season including the exclusive unveiling of the Kia NBA MVP, Kia NBA Defensive Player of the Year, Kia NBA Rookie of the Year, and Lifetime Achievement Award. Anderson’s career spans roles across film and television including the sitcom black-ish, the game show To Tell the Truth, Barbershop: the Next Cut, and Law & Order: Special Victims Unit. Additionally, Inside the NBA studio team of Ernie Johnson, Charles Barkley, Kenny Smith and Shaquille O’Neal will be integrated throughout the show…

…The 2018 ESPYS Presented by Capital One will be hosted by motorsports pioneer Danica Patrick. The trailblazing racecar driver, who retired from racing following the Indianapolis 500, will be joined by top celebrities from sports and entertainment to commemorate the past year in sports by recognizing major sports achievements, reliving unforgettable moments, and saluting the leading performers and performances. The ESPYS will be broadcast live on ABC on Wednesday, July 18, at 8 p.m. ET from the Microsoft Theater in Los Angeles. Patrick has been a mainstay at the awards show over the years du