VER once again drives technical infrastructure for the network in Flushing

In Tennis Channel’s 10th year at the US Open, its first service began a week early with coverage of all five broadcast courts during the US Open Qualifying Tournament (Aug. 21-24) at the Billie Jean King USTA National Tennis Center (NTC). The qualifiers added nearly 40 hours of live tennis to the network’s coverage, including daily Tennis Channel Live morning shows and all-night encore matches (produced and announced live-to-tape each day) throughout the tournament. 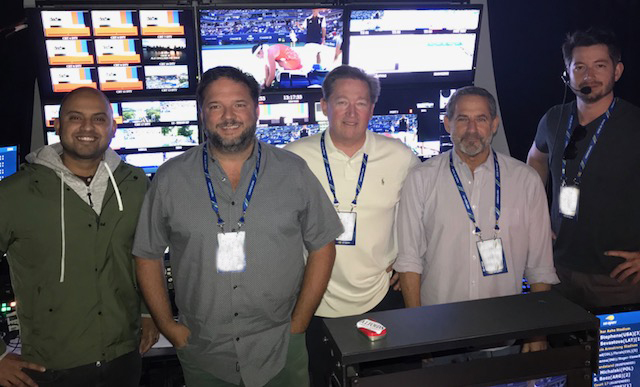 Although Tennis Channel’s production at the US Open doesn’t match the scale of its epic efforts at the French Open, the fourth Grand Slam of the year remains a high point on the network’s annual calendar. By the conclusion of the 14-day tournament on Sunday, Tennis Channel will have provided nearly 180 total hours of coverage, including roughly 150 hours of encore matches and 30+ hours of live lead-in–show coverage from its set at Arthur Ashe Stadium.

Qualifiers Coverage Emphasizes a Week of Fun in Flushing

Tennis Channel took the host feed produced by ESPN for qualifiers coverage, which used a new automated-production workflow built around the Fletcher Tr-ACE robotics platform and SimplyLive ViBox all-in-one production system. In addition to on-court coverage and a studio location onsite — both featuring Tennis Channel’s star-studded on-air talent — the network deployed an RF camera and multiple beauty cams throughout the grounds to capture the fun and ambiance of qualifiers during Fan Week.

“The beauty cameras and RF camera really captured the atmosphere here [at the NTC], which was important to the USTA because it’s their Fan Week,” say Whyley. “It was free for the fans, so the fans could come out here and just have a good time watching some great tennis. And I think we did a great job of getting that across to the audience at home.”

With Tennis.com and Tennis magazine now fully integrated under the same Sinclair corporate umbrella after being acquired in March 2017, Tennis Channel has also put a major emphasis on digital and social content throughout this season — an effort that continues here at the Open.

“When we create content now, we create content not just for linear but for all our platforms,” says Whyley. “Tennis.com is a part of that, [our direct-to-consumer OTT platform] Tennis Channel Plus is a part of that, and TennisChannel.com and our app are a part of that. All of the content is created under our main production group. We make sure that we put our talent and our original programming across platforms every time we are at a slam. And, because Tennis.com is global, the unique content we produce with our talent in our studio can be seen all over the world.”

Old Pals: Ver, Tennis Channel’s Long-Standing Partnership
For the second straight year, Tennis Channel is deploying Avid Interplay remote infrastructure at the Open to share content between the onsite operation at the NTC and at its headquarters in Culver City, CA. The workflow, which is now used at several major tournaments throughout the year, builds on the system developed by Sinclair Broadcast Group for news-sharing needs at its 200-plus stations across the country. 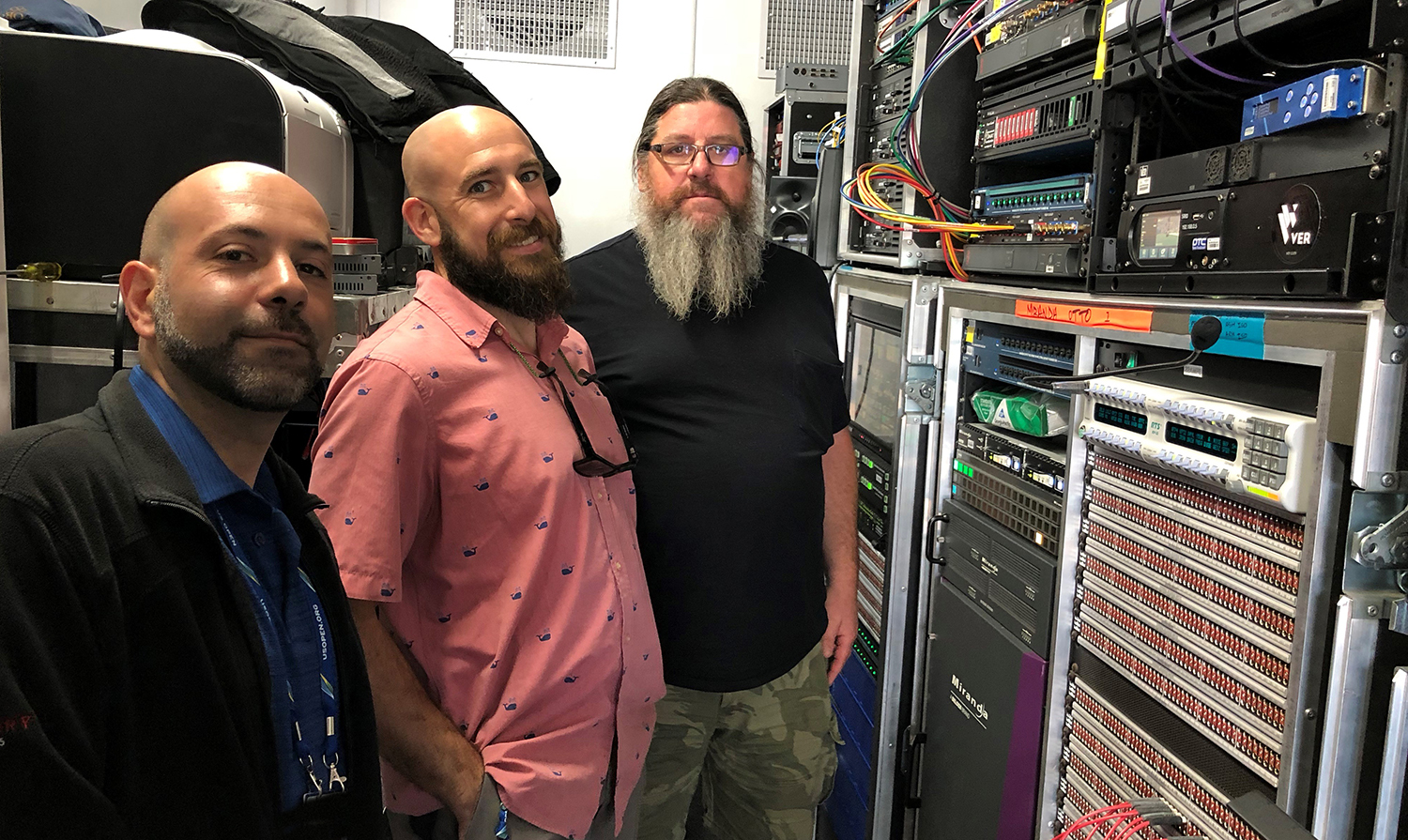 The Tennis Channel production flypack, built by VER, is back onsite in its production area outside Arthur Ashe Stadium. The broadcaster relies on VER to provide the bulk of its facilities at all Grand Slam events, as well as at several stateside tournaments throughout the year, including the Citi Open in Washington, DC, this summer.

“I think we come into every event [with Tennis Channel] feeling more confident and able to give them a little more of what they want at every event,” says Jay Deutsche, system and workflow design, VER. “We’ve streamlined the setup and continued to cross items off their wish list with every setup we do. Everything has become a well-oiled machine at this point, so I think one of the real benefits is, we’re able to help them plan their next event while we’re maintaining the current event.”

The flypack once again features a 5M/E, 80-input Grass Valley Kayenne K-Frame switcher; Nvision 8280 router (256×577); and three EVS XT3 replay servers (6 in/2 out but licensed for 12 channels), three EVS XFile3 archive units, and two EVS XTAccess systems. The only major change to the flypack this year is the AFP rack, which is now inputting 62 signals from the host feed — up from 34 last year. As a result, VER has increased the number of Cobalt UDX frame syncs to 76 and has added more multiviewers.

“Since the beginning, the setup here has grown bit by bit,” says VER EIC John Bagtatlyan, “and now I feel like we are all in a groove. We understand how [Tennis Channel] works very well by now, so we just plan accordingly and make it happen.”

The show’s audio is being mixed on a Calrec 40-fader Beam audio console with Calrec Hydra2 audio networking. Comms are handled by an RTS ADAM frame.

“We know their workflow and their needs,” says Patrick Daly, AIC, VER, “so there’s a trust value there. We know who the major players here, and we are friends with all these people now; we know how to work together well. Because of the versatility of [our systems],” he adds, “we can be very flexible and build things really quickly or make changes on the fly because it’s all modular.”