24/7 Game Channel ESR Streaming in the U.S.; Next Stop: The World

Offerings include both programmed streams and an on-demand library

Empress Intelligence has never witnessed demand like this. The company has been involved in media broadcasting for 21 years, and, within the last few, it began hearing that clients wanted a gaming channel to capture younger viewers but couldn’t find one to add to their lineups. That’s how ESR (Esports Revolution) got started. It launched just recently, but demand has already been huge. 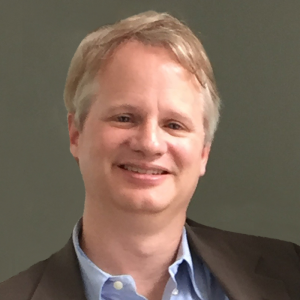 Empress Intelligence’s Dave Miller: “There has been huge demand for esports content.”

Viewers can tune in anytime for a 24/7 programmed live stream, or they can tap into the on-demand library of more than 50,000 hours of content. The channel’s licensed programming includes tournaments, live events, highlights, documentary series, reality shows, and talk shows. It’s not all big-money competitions from packed arenas, although there’s plenty of that.

“There has been huge demand for esports content, and so many, many discussions we’ve had at licensing shows. It was a huge opportunity and huge demand for content,” says Dave Miller, COO, Empress Intelligence (doing business here as ESRevolution). “The traditional linear broadcasters that we had often been working with are very much sort of disconnected from esports and gaming.”

Broadcasters are seeing a big loss of viewers and subscribers, with some of that attractive audience cutting the cord and going to Twitch. That convinced broadcasters they needed gaming content, which Empress was happy to provide.

At the moment, the only place to watch ESR is on Stirr, the local-news ad-supported streaming service launched recently by Sinclair Broadcast Group. Stirr is available through iOS and Android apps, Roku devices, Apple TV, Amazon Fire TV, and browsers. Viewers see a lineup of content targeted to their location, along with nationwide channels that include ESR. Stirr offers 300 hours of on-demand content from ESR as well as the live feed.

How ESRevolution monetizes ESR will depend on its carriage partners. Some will be subscription services paying 2¢ or 5¢ per customer. Some will form ad-revenue–sharing agreements. Empress isn’t selling its own ads or sponsorships just yet, although it will in the future: as it creates a stronger worldwide brand, it plans to include branded entertainment and sell its own advertising.

Original content is also on the ESR agenda. Although the channel is currently an aggregator, it plans to create original series in-house.

Don’t expect these shows to look like Twitch streams. Miller has a vision for gaming content the whole family can enjoy, from the kids to the grandparents. For example, the company shot a pilot with popular streamer Samito that includes gaming but also more-general comedy.

Original titles would give ESR more appeal and also give the company content it can license to other platforms. It won’t try to recruit the top teams for its shows but will focus on up-and-comers who know how to tell stories and thrive in a reality-show setting. Miller considers this content to be like the movie Field of Dreams: it’s a baseball movie, but it still appeals to people who don’t know anything about baseball.

Stirr might be ESR’s first platform, but the company has a half dozen others ready to go. ESR will be available in Australia through a partnership with Swift, which will show it in hotels and on cruise ships. Viacom-owned Pluto will carry it in Europe. ESRevolution also has deals in Latin America, Canada, Asia, and Nigeria.

These international platforms will get the same English-language content in the beginning, but ESRevolution plans to create regional channels more tailored to local tastes. The company may partner with local affiliates to create that programming.

ESR has only just begun streaming, but it already has deals around the globe. If it can attract a sizable audience that has turned away from standard broadcast channels, it could have a bright future indeed.

“If we add up the total potential exposure, it’s north of 300 million, because today Sinclair broadcasting is in 50 million homes. You can be certain that Sinclair has been using its market exposure to promote Stirr across all of those,” Miller says. “This company is poised for explosive growth, because (A) there’s so much demand and (B) [given] the deals and the people who are carrying us. We’re very, very excited. It’s going to be a super year for us.”