Emmy Award-winning cinematographer Frank Prinzi ASC chose Panasonic VariCam 4K cinema cameras to shoot “The Enemy Within,” a prime-time psychological thriller that recently premiered on NBC. The hour-long show, airing Mondays 10/9C, follows the exploits of a former CIA operative serving a life sentence for treason who is freed by the FBI to help track down a dangerous and elusive criminal. 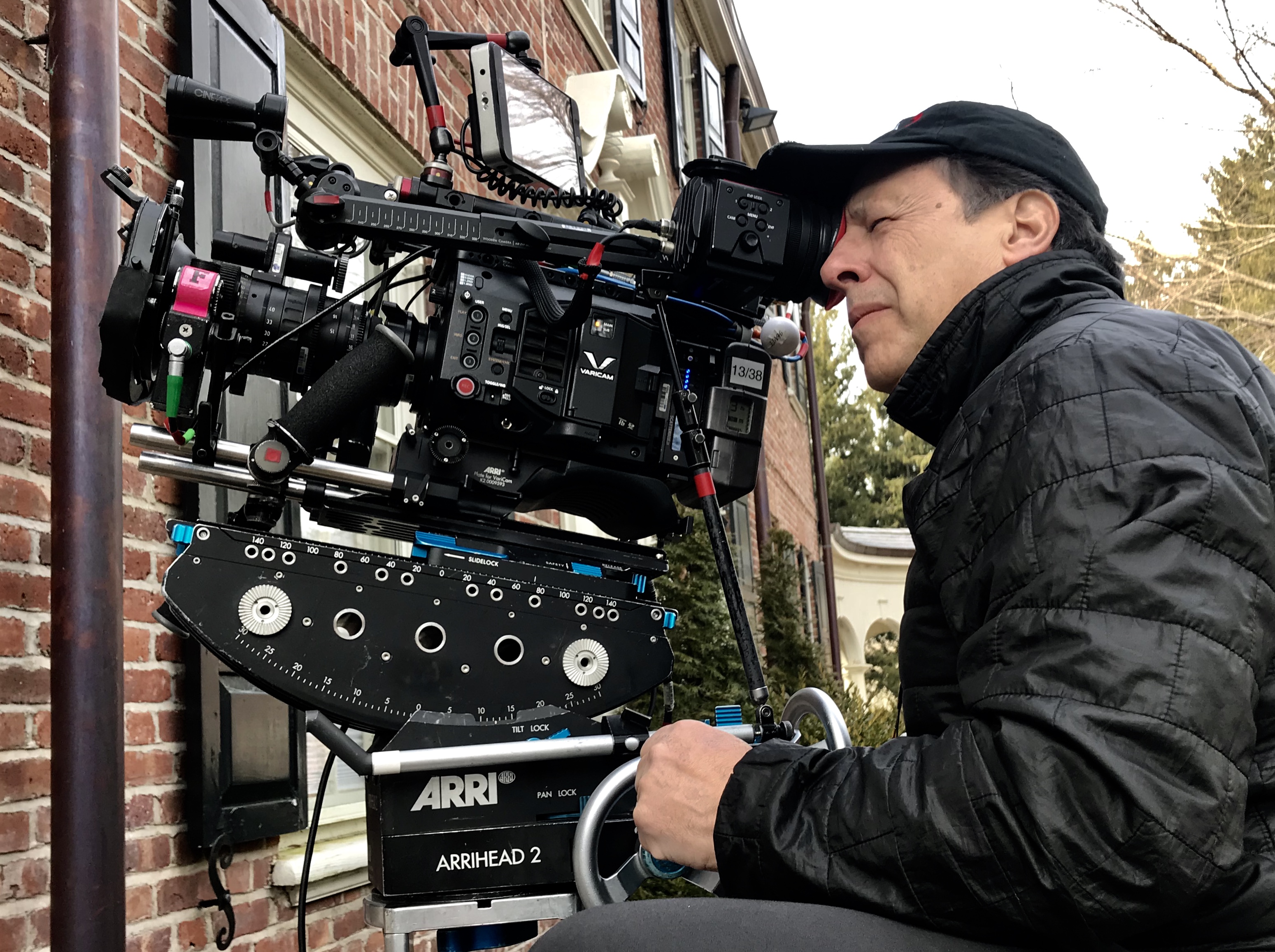 Prinzi has been a prominent member of the New York filmmaking community for decades, with credits ranging from feature films to television movies, from episodic to documentaries, commercials and short films. His television work includes long stints as DP for “Northern Exposure” and “Law and Order: Criminal Intent.” The cinematographer has shot his last several projects with VariCams; in addition to “The Enemy Within,” these include the award-winning short “It’s a Mess” and three feature films, “Interview with God, ” “Hot Air” (release date, June 20), and the just-completed “Virtuoso.”

Prinzi has made Panasonic VariCam his acquisition tool of choice based on the VariCam’s dual-native ISOs and color palette. When approached by the producers of “The Enemy Within,” he recommended the VariCam LT as the ideal option for this “huge camera show.”

“We shot ‘The Enemy Within’ close to 90% handheld, with tons of coverage, gun battles, stunts,” Prinzi recounts. “The LT, lighter and smaller than the VariCam 35 but with so many of its light handling and color space characteristics, was my top choice.”

Production on the series took place from last fall through mid-February of this year, with location work throughout northern New Jersey and also on soundstages built in the East Rutherford Meadowlands Arena. During pre-production, Prinzi worked alongside Digital Imaging Technician Lewis Rothenberg to light and design the show. Prinzi served as DP for half of the series’ episodes, with Frank DeMarco shooting the other half.

The production utilized three VariCam LTs, with an AU-EVA1 5.7K handheld often used as a fourth camera for challenging handheld (out a car window, e.g.) and hidden shots. Recording formats were 1920×1080 AVC Intra 4:4:4, with high-speed shot in AVC Intra 4:2:2 (VariCam LTs) and 4K All-I 400 (EVA1). The VariCam LTs were outfitted with a whole set of Angenieux zoom lenses, as well as Cooke S4 Primes; EF Sigma lenses were used on the EVA1.

“The VariCam’s dual 5000/800 sensor is brilliant—I can go to any location and make it work, which is especially valuable for TV,” Prinzi says. “It’s like a safety net—you always feel safe taking chances and there isn’t anything you can’t shoot.”

“The camera is equally adept with underexposure and overexposure, with exceptional dynamic range,” he adds. “I want to push the edges, and with the VariCam I can easily move from really bright to really dark.”

“The camera’s color palette is cinematic and its texture has film-like grain, with skin tones I really like,” Prinzi notes. “DIT Rothenberg and I were essentially able to seamlessly color match the whole series as we went along, giving post production a guide to follow. Altogether, the texture and color tone are magnificent, and the LT affords me the possibility to shoot in any stop.”

“The Enemy Within” was created by Ken Woodruff, who executive produced alongside Matt Corman, Steve Shill, Chris Ord and Charles Beeson. The series is produced by Universal Television.