MLB All-Star 2019 Wrap-Up: Vendors Unite in the Compound, on the Set for Fox, ESPN, MLBN

The control rooms for the game production and the onsite studio shows were located in Encore’s B unit (to serve the studio shows, a Grass Valley Karrera switcher panel took 2 M/E from the primary 9 M/E GV Kayenne K-Frame switcher). Encore, which features an Evertz IP router and state-of-the-art infrastructure, offered plenty of firepower for Fox’s massive All-Star Game production, which featured 39 cameras (including 15 high-speed systems) and 15 EVS servers (including 10 EVS XT4K systems).

“As far as Encore goes, even with all these cameras — many [of which] are super-slo-mos — we still have the availability to put in about 18 more cameras and 10 more EVS [servers],” says —— “This truck gives you almost unlimited flexibility. It’s a really great home for Fox to showcase the All-Star Game, but it also helps us to find out what we need to do during postseason. This helps us define what we are going to do moving forward with Fox, and Encore gives them a lot of options.”

MLB Network once again used all Game Creek Video trucks (overseen by Game Creek Video Engineering Manager George Bailie) for its All-Star production with one notable change: the Pride mobile unit (A and B) replaced Riverhawk as the home of its onsite studio shows. Maverick and Edit 3 handled the world-feed production for the third straight year, and Webby was deployed on the Red Carpet Show production.

NEP’s EN1 Quintet Returns for ESPN HR Derby Coverage
NEP’s EN1 fleet of trucks (A, B, C, D, and an E equipment hauler) was home to ESPN’s Home Run Derby production for the sixth year in a row. Three separate control rooms served ESPN’s cavalcade of productions in Cleveland: one for the Derby and the Celebrity Softball Game (taped on Sunday and aired on Friday night), one for onsite editions of Baseball Tonight and SportsCenter, and one dedicated to ESPN Deportes’ coverage of the Derby and the All-Star Game. 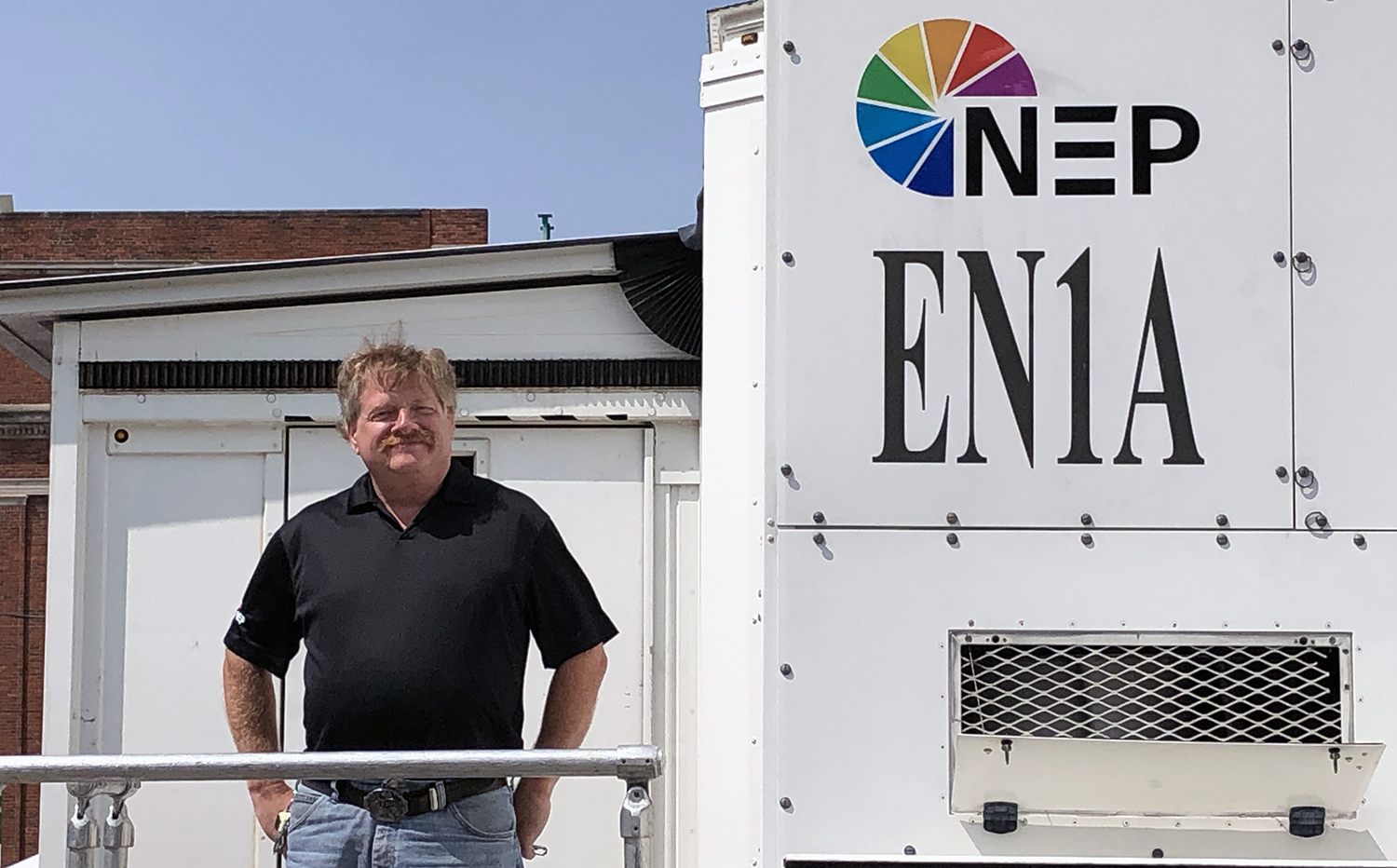 The truck already had two control rooms, which are used during the NFL season for ESPN’s Monday Night Football game production and studio show, and a third control room was built in the graphics area of the A unit (graphics was moved to the D unit).

“With the Grass Valley Kayenne K-Frame [switcher] with 9 M/E available to it, we can easily accommodate three control rooms. Not a lot of trucks can say that,” says NEP EN1 Engineer-in-Charge Bruce Hogenboom. “The infrastructure is already in place, so it’s not very difficult just to plug the additional control panels and things like that in for this show. We’re also sharing all sorts of cameras back and forth, which is what EN1 does really well by design.”