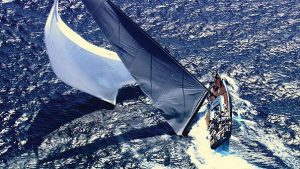 Equipped for ultra-high-definition shooting with a Sony P50, and newly released Fujinon UA46, the M1 will be an essential part of delivering their future broadcast projects. Additionally, Amis will become an official Shotover UK Service Center, supporting not only their camera systems but also those of the wider Shotover community of customers.

“Live broadcast events provide the harshest and most trying conditions with no room for error,” said Simon Aldridge of Amis Productions. “Shotover’s continued commitment to innovation and exceptional reliability, ensures we are offering the most advanced and dependable camera system on the market. We’re excited to join the Shotover team and look forward to having the Shotover M1 to help us exceed the expectations of our high-profile clientele.”

Unveiled in 2018, the Shotover M1 has quickly become the industry standard for capturing live, action-packed broadcast events. Featuring cutting edge technology, the system can be utilized on a host aircraft, watercraft, and ground-based platforms. The open platform design of the M1 allows for the adaptation of new camera and lens technology as it comes to market and opens up future shooting possibilities for end-users.

“Amis Productions shares the Shotover vision of innovation in the broadcast industry, helping customers push the limits of what they can accomplish,” said Shotover CEO Brad Hurndell. “We look forward to supporting them in their efforts across the UK and around the globe.”

YES Network, Varsity Media Team Up To Present Live-Streamed High School Football On The YES AppWasabi Technologies Closes $250 Million in New Funding to Usher in the Future of Cloud Storage