Red Bee has taken over playout operations for BBC News Arabic television and BBC News Persian television. As of early April 2020, playout operations for both channels were outsourced to Red Bee’s managed services operations, which already serve significant parts of the UK public broadcaster’s global news distribution. The migration cutover took place in cooperation between Red Bee and the customer, during the unusual circumstances created by the global spread of Covid-19. The two channels reach 33 million Arabic speakers and 16 million Persian speakers respectively each week. 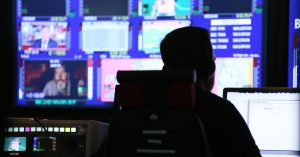 “We are very proud to add the playout management for these channels to the services we provide for the BBC,” says Steve Nylund, CEO, Red Bee. “Our role as a managed services provider is to offer our customers peace of mind through operational reliability, so that they can focus on their content and their viewers. We are happy to have been awarded that trust again from one of our longest-standing partners.”

The project and migration took place as planned and on time during the unusual circumstances caused by the Covid-19 outbreak, where Red Bee and the customer’s project staff cooperated remotely, and with operational staff practicing social distancing with their respective control galleries.

The BBC News Arabic TV channel reaches Arabic-speakers in the Middle East and around the world. It launched in March 2008 and broadcasts 24 hours per day with a mix of live news and pre-recorded programming.

The Persian-language channel is aimed at audiences in Iran, Afghanistan, Tajikistan, and diaspora audiences around the world. It was launched in January 2009 and broadcasts 24/7 with 9 hours of live content every day.