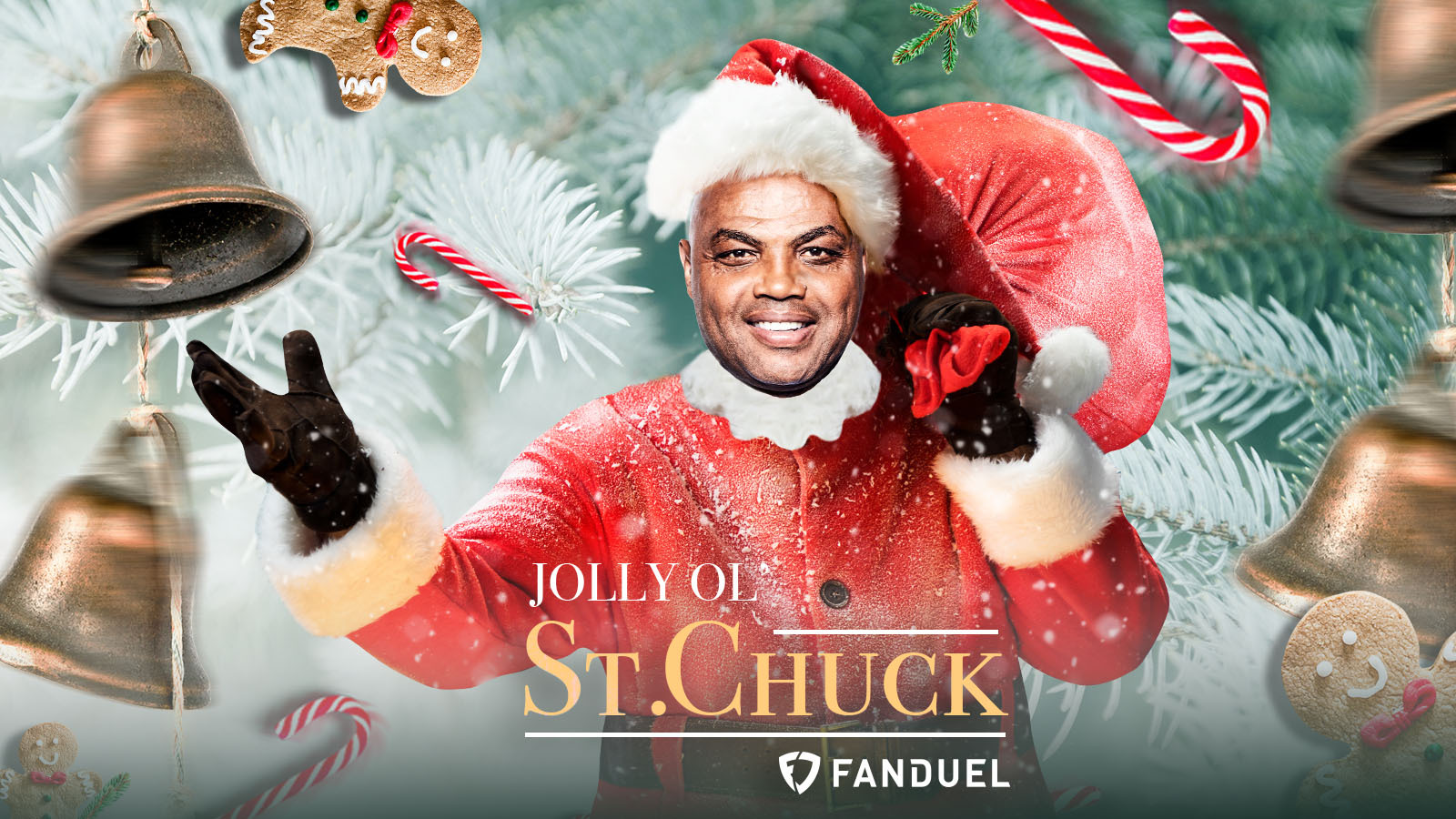 Additionally, Barkley will serve as the company’s brand ambassador and spokesperson and will appear in FanDuel advertising and Turner Sports promotions featuring FanDuel’s free to play contests.  Barkley will also provide unique content for FanDuel Group’s social media channels and make guest appearances on FanDuel Group affiliated podcasts and television programs as part of the agreement.

“The Inside the NBA crew and I really enjoyed working with FanDuel during last season’s playoffs and I’m grateful to now be their brand ambassador,” said Barkley.  “FanDuel helps our show be more informative and interactive, and they do it in a way that any knucklehead could understand. So even if your team is down by 20 in the fourth quarter, with FanDuel you’ll have a reason to keep watching.”

In July, FanDuel Group became the exclusive sports betting provider for Turner Sports’ NBA programming and Bleacher Report NBA content and Charles Barkley took the time to educate his co-hosts on Inside the NBA, along with millions of viewers, on the ins and outs of sports betting.  One of the highlights of each broadcast since the integration of FanDuel Sportsbook odds, was the “Charles Barkley Guarantee.”  These entertaining segments became popular on social media and will continue to be a big part of this partnership.

“Charles has been with the Turner Sports family for more than 20 years, bringing his unique flair, personality and predictions to our NBA on TNT telecasts,” says Will Funk, Executive Vice President, Sports Partnerships and Branded Content, Turner Sports. “We look forward to featuring him in engaging FanDuel brand integrations on Turner Sports’ and Bleacher Report’s NBA programming.”

‘Tis the season and the start of the NBA season, so it’s time to celebrate Christmas Week Tipoff with a special $30 million holiday delivery from “Jolly Ol’ Saint Chuck” in the form of free bets, credits and prizes for FanDuel Customers.  Among the gifts that “Saint Chuck” will deliver under the tree to sports fans this holiday season are:

“Charles Barkley is an American sports icon, a television legend and gaming royalty, so he’s the perfect person to ring in the holidays for our customers,” says Mike Raffensperger, Chief Marketing Officer of FanDuel Group. “For the next few years, we look forward to amplifying his voice and adding Barkley’s one of a kind personality will continue to differentiate FanDuel and make sports betting fun for everyone.”

Barkley is the newest member of FanDuel’s roster of exclusive sports betting talent and influencers headlined by Pat McAfee and the PMI Team, in addition to World Wide Wob, Cousin Sal, and JJ Zachariason.  FanDuel has also formed exclusive sports betting partnerships with blue chip media companies like Turner Sports, Bleacher Report, The Ringer, SportsGrid, Entercom and Minute Media. This is all in addition to FanDuel’s own sports betting and daily fantasy content offerings that includes numberFire, The Duel, an extensive podcast network with a total of seven podcasts, and More Ways to Win on TVG.

Turner Sports will officially tip off the 2020-21 NBA regular season with an Opening Night doubleheader, Tuesday, Dec. 22 on TNT: the Golden State Warriors will take on the Brooklyn Nets at 7 p.m. ET, and the LA Clippers will face the defending NBA Champion Los Angeles Lakers at 10 p.m. Along with expansive portfolio-wide content on Bleacher Report, House of Highlights and social media channels, TNT will host a special two-hour pregame show with the Sports Emmy Award-winning studio team of Ernie Johnson, Barkley, Shaquille O’Neal and Kenny Smith, beginning at 5 p.m.