The weakest-link conundrum plays out in audio on a daily basis: anyone listening to sports-talk radio or television call-in shows knows that every call is always a moment or two away from some indecipherable modulation. That has become increasingly problematic during the pandemic, when not only callers but sports sources — for example, rules experts commenting on a play during a break or game officials defending a ruling — and even half the technical staff call in remotely.

That scenario was part of what prompted Telos Alliance to virtualize its Telos VX hardware system — which a decade ago replaced racks of phone couplers, contribution hybrids, and engineering coordination lines with a single hardware VoIP engine — extending its operation to and connecting with pretty much any audio source: intercoms and IFB, field engineers and remote talent, and the foundational staples of talk media, long-time listeners and first-time callers. 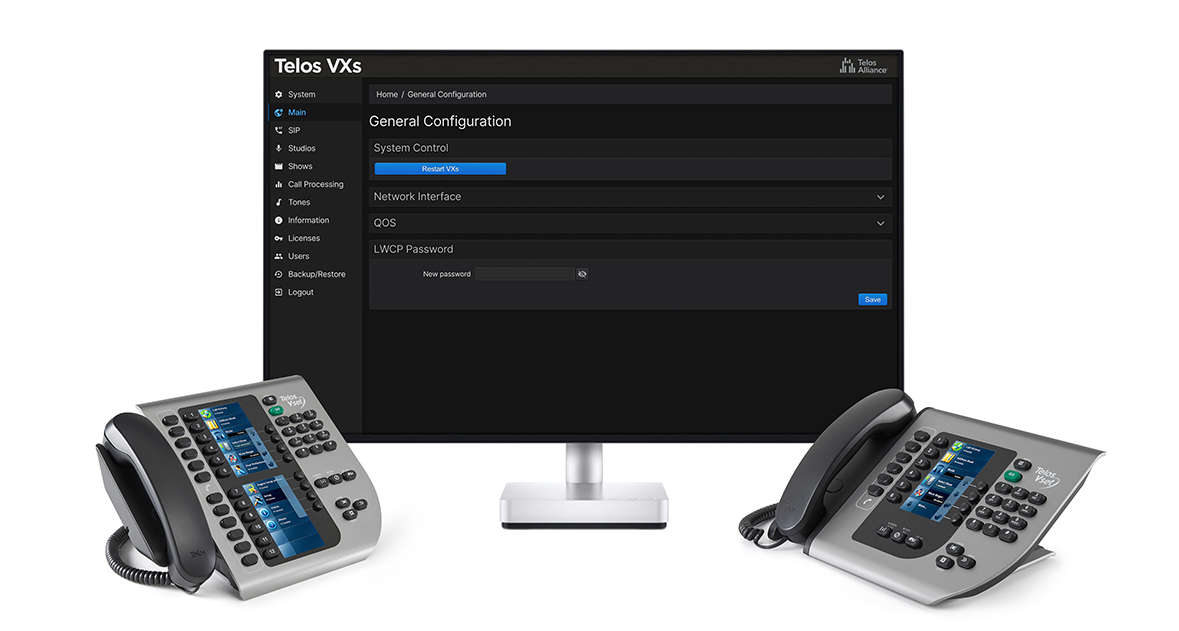 Telos VXs, introduced this month, is software-based and supports AES67 and SMPTE 2110-30 standards. It allows remote IFBs and engineering-coordination lines to be centrally configured, added to partylines and groups, and quickly assigned to Infinity IP intercom panels, as well as to IP intercom platforms of other manufacturers. For plants without an IP media infrastructure, Telos Alliance AoIP Audio Nodes provide high-density AES3, SDI, and analog I/O to integrate with any console or intercom system now, while providing an upgrade path to direct AoIP connectivity as the broadcast facility evolves in the future.

“Telos VX had become the de facto standard for radio and for television talk and call-in systems in the U.S. and elsewhere,” says Shaun Dolan, senior support engineer, Telos Alliance. “VXs is the virtualized version of that. It’s designed to make the shift into IP-based production environments and adds control and monitoring capabilities in the process.”

He adds that it also interfaces with standard PBX phone systems, serving as a bridge to all types of voice systems in a broadcast plant, and extends to the types of voice and phone apps routinely used on mobile devices today as sports-production technical staff and talent increasingly work remotely.

“Before, you could always have everyone call in on a 10-digit phone number,” but managing that would get complicated quickly, Dolan says. “Now all of the [voice sources] are on a data network through a high-density gateway.”

The VXs platform also incorporates HTML-5 control capability when combined with Axia Pathfinder Core PRO broadcast controller. Broadcasters can create touchscreen-friendly custom HTML-5 panels to monitor and control every aspect of the VX system from any web browser. Communications managers and producers can use panels to manage all the IFB, contribution, and tech-coordination lines in the facility. With an HTML-5 control panel, producers can see the status and caller ID of each IFB line and even have the ability to call the source directly. 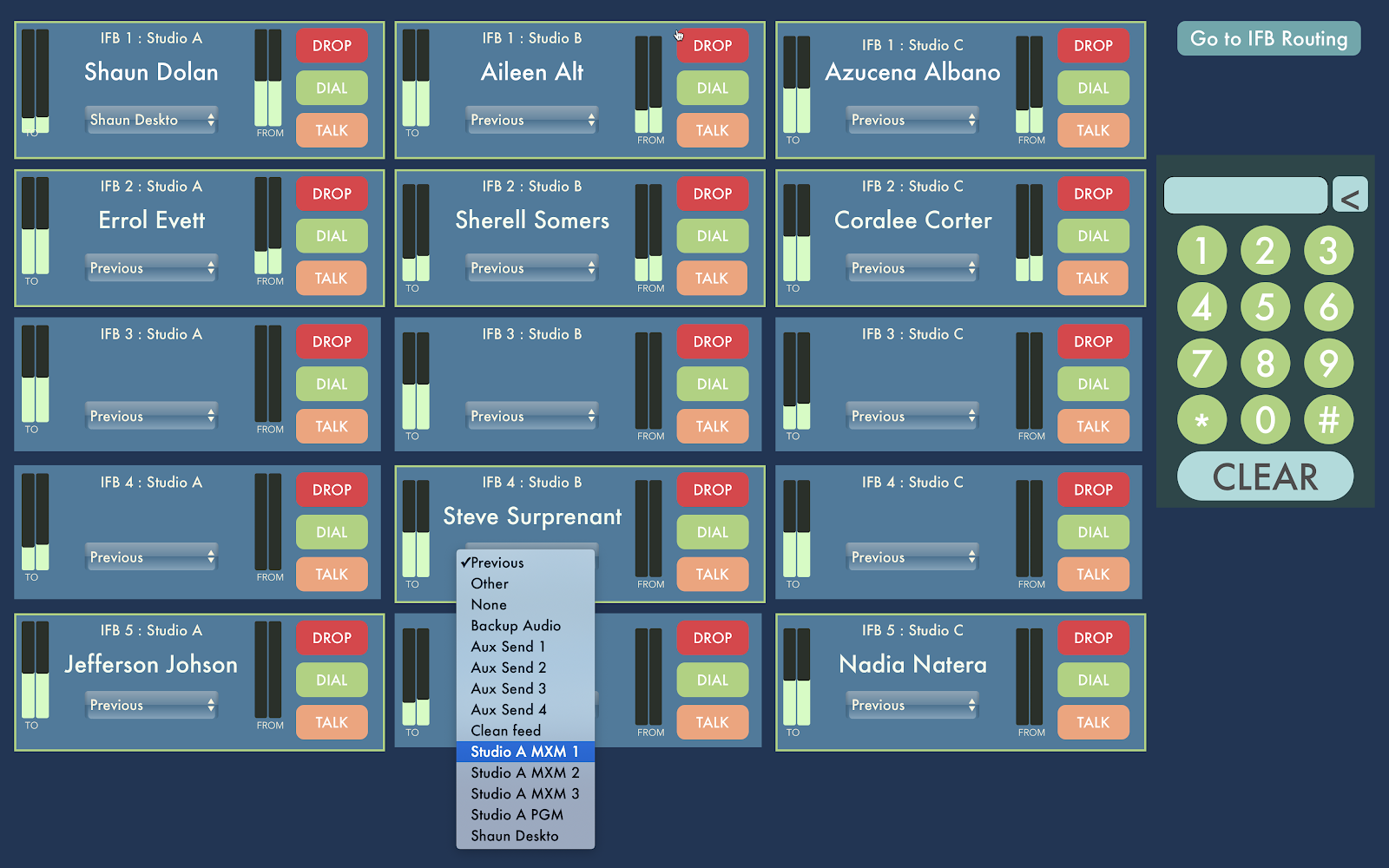 An HTML-5 control panel on Telox VXs allows producers to see the status and caller ID of each IFB line.

VXs software can be deployed on shared servers in the centralized data center or in cloud instances. These deployment options enable the benefits of true virtualization, such as easier facility-wide upgrades and automated deployment without site visits. Broadcasters can scale VXs from a single contribution-audio line to a facility-wide IFB/coordination system to a multifacility solution.

It’s one more brick in a road that broadcast-audio manufacturers are rapidly building toward a future in which IP and remote production are the norm.

“There are more sources calling in from more remote places every day in production, and more people have to be ready on the fly with reduced access to the studio,” says Dolan. “VXs is making that easier and doing it in a virtualized environment, while making it easier for remote teams to tap into production and engineering partylines.”