Developed with Mobile TV Group, Cloud Control will be extended to all Bally Sports RSNs this fall

When sports resumed after the pandemic shutdown, regional sports networks were forced to transition to a “world-feed” production model that severely limited the away-team RSN’s ability to customize its broadcast for local fans. In an effort to remain efficient while also restoring RSNs’ storytelling capabilities, Bally Sports Regional Networks is launching Cloud Control rooms at the home offices of its 19 RSNs (as well as at Sinclair-owned sibling Marquee Sports Network in Chicago). 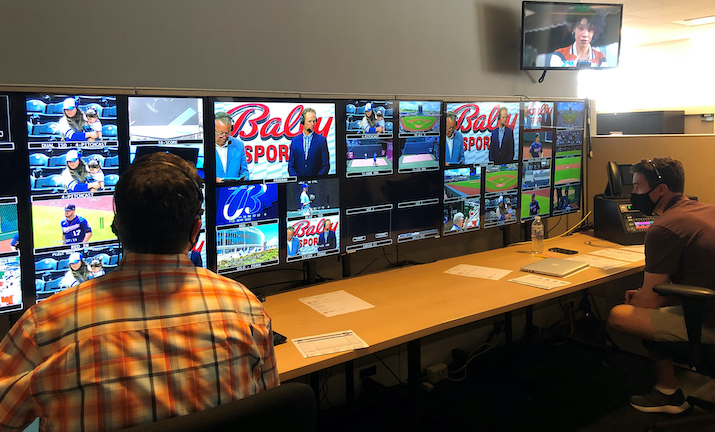 “With [Cloud Control], you truly have control of your own show again,” explains Mike Connelly, EVP, production, Bally Sports Networks. “Our producers and directors can cut their own show again like they did the with the traditional dual-feed model [prior to the pandemic]. At the same time, we’re saving costs by not having to travel our entire [crew] for away shows because [crew members are] located at the [Cloud Control room] in their office.”

CC rooms are in place and being tested at Bally Sports Florida (Ft. Lauderdale), South (Atlanta), and Southwest (Dallas), with plans to begin broadcasting next month. The goal is to have CC rooms finalized and tested at all Bally Sports RSNs by September, so that all 19 will be up and running for the start of NHL and NBA seasons in the fall.

How It Works: Truck Is Onsite, Most of the Crew Is at Home

With Cloud Control, the Bally Sports producer, director, and EVS replay, Vizrt graphics, and score-box operators remain at the away-team’s RSN’s home office and use control panels to remotely control the technical facilities in the mobile unit, which is at the away venue. Multiview feeds (not individual camera feeds) from the truck are brought back to the CC room to allow the director to cut the show just as they would if they were in the onsite mobile unit. 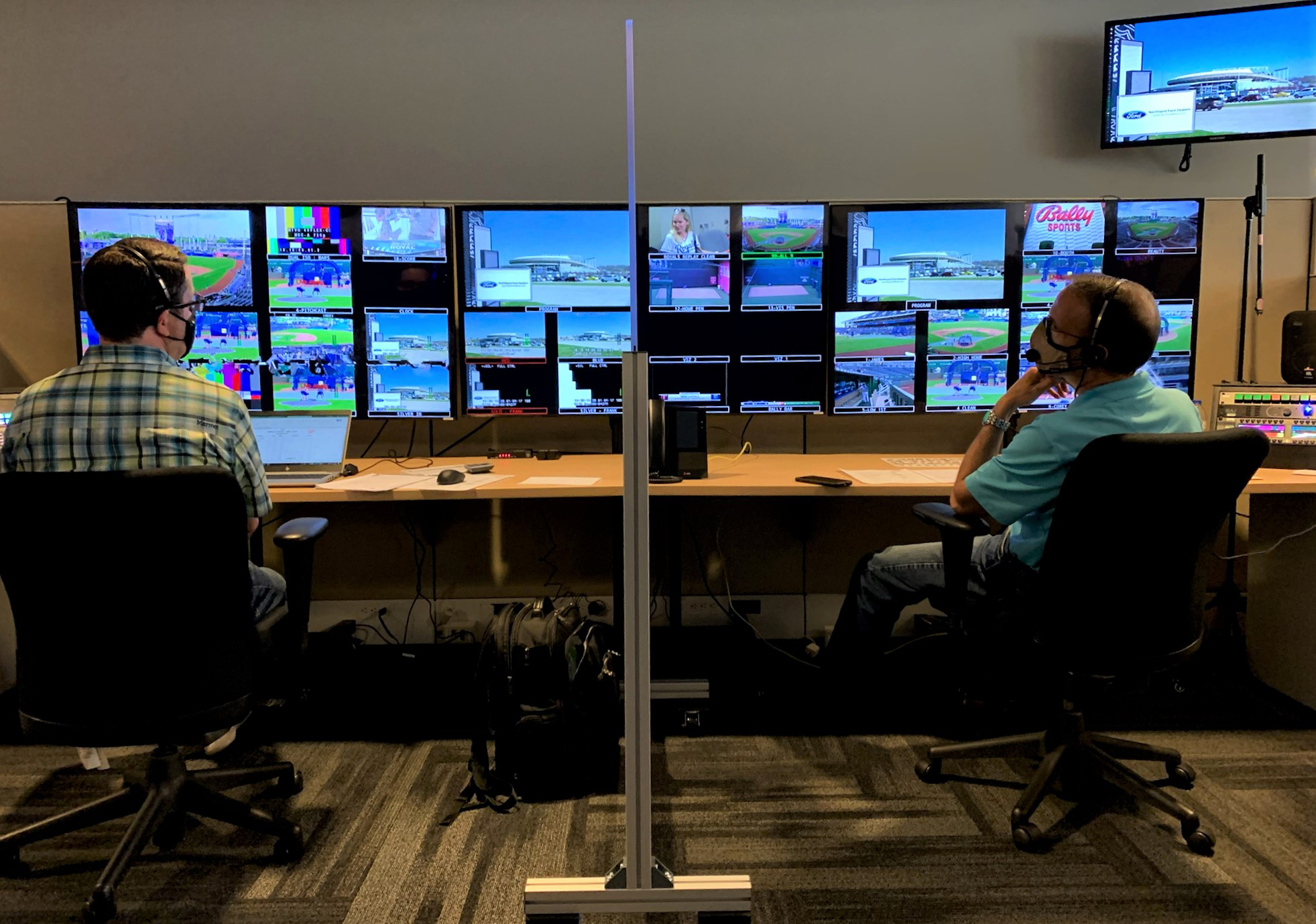 With Cloud Control, the director and producer are able to call the broadcast for away games from a control room at the home office like this one in Minneapolis.

The mobile unit — typically a dual-feed unit that serves both the home and the away shows — provides the home show with a full-blown facility and the visiting network with its own switcher/TD and audio console/A1. The visiting network has access to three dedicated cameras plus all the home show’s cameras (including four super-slo-mos). Two EVS replay servers are dedicated to the away team and networked to all the EVS gear in the home show, including the super-slo-mo units.

“You get the same number of [unilateral] cameras that they had in a traditional dual-feed model before [the pandemic] and access to all the home-show cameras with dual tallies,” says Connelly. “Your director can still cut the game like they normally would; they just aren’t actually in the truck.”

He adds that Cloud Control offers considerable cost reductions for the away-team RSN, which isn’t dependent on a world feed produced by the home-team RSN. Under the Cloud Control model, the home production staff does not need to travel, and construction of the CC rooms is at a fraction of the cost of a typical control room.

“You’re saving costs on travel, and you’re not over-extending yourself on capital costs,” Connelly notes, “[The production team] is still with the team at least 50% of the time, so you’re not losing that intimacy you worked so hard to develop. Everything is based on that intimate relationship and making sure that we serve the needs of the team. We can still do that very effectively.”

Connectivity between the CC room and the mobile unit requires only 300 Mb (depending on the venue and the situation), and MTVG provides the coordination to ensure proper communication between the remote-control panels at the RSN’s office and the MTVG mobile unit at the venue.

“This is truly the next stage of the dual-feed model and allows us to serve the needs of our team partners by creating broadcasts that cater to the hometown fans,” says Connelly. “Our entire business is built on the relationships and intimacy we have with our teams, and this keeps our [production crews] close with our teams in their home markets instead of at a centralized control room. [Viewers] are going to see a high-quality show geared towards their team rather than the more generic [world feed] that we’ve had to do with [during the pandemic]. That’s really exciting.”

According to Connelly, the concept has been in development for several years, dating back to his group’s previous life as Fox Sports Regional Networks prior to <a href="https://www.sportsvideo.org/2019/08/26/sinclair-broadcast-group-closes-deal-with-disney-for-21