How did this relationship come about? 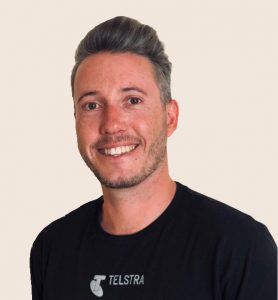 Adam Day says Telstra’s deal with PSSI will make a difference for both Telstra and PSSI clients.

Day: PSSI has been a customer of ours for several years, and we only saw that accelerate through the pandemic which was surprising on one hand but also certainly really encouraging to see. There are some cool joint opportunities as PSSI brought us to some of their flagship customers as well as an alternative delivery method. So, it’s been a partnership that evolved from that of supplier into more of that true partnership where we both seen some important value for both of us. It’s almost like a perfect storm in my view that we’ve come together and now we PSSI is acting as that operational function for us in the United States which is really important.

Land: I lead our strategic television team that does major events and we’ve been working with Telstra for years, particularly for Asia Pacific distribution. And then just at the time when we acquired our teleport in Pittsburgh, they were building out their GMN fiber network and we were looking for ways to increase connectivity and we got together with them and put a port on their GMN network in our facility. And we’ve just been going gangbusters with that. Um, and then we just kind of decided this is a partnership that is meant to be.

Jason, how has the PSSI facility changed and evolved for this deal? 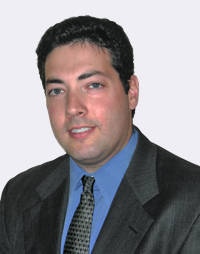 From an infrastructure perspective we’ve increased the capacity that’s coming into the building, and we have a load support. They have a unique redundancy philosophy and we’ve had added some monitoring and QC stations and routing stations specifically for events that we’re doing with Telstra. And then from an operational perspective we have their network management system in house and their scheduling system in house and certainly just push-button access to communicate with all their facilities.

Adam, can you talk about the challenge of transforming the perception of what Telstra is, given the strong association with Australia?

It’s interesting because obviously we are most well-known as being the largest telecom technology company in Australia, but we’ve been operating internationally for 70 years. And we’ve been in North America for 25 years, building our brand by leveraging submarine cable system assets that connects America and Europe back into Asia and within the Asia Pacific region. So, we’ve had a lot of success with the bigger technology companies who are building those production networks to deliver content and streaming services, gaming, and those sorts of industries that are very much anchored in North America. And we’ve been doing many flagship things and national events with a long standing pedigree like the Olympic games, Rugby World Cup, and tennis and distributing them to the world.
It’s been really important for us in the last couple of years to spend some time really making sure that we’re putting the right investments into growing our network to give us the ability to do even more events and, certainly the last 12 months has been the biggest year for investment in North America that we’ve probably ever had. We’ve been building into other partners that allow us to get into very strategic locations around north America and the rest of the world, be those stadiums, venues, etc. where we can bring some lucrative content onto our network quite easily and then distribute it to the rest of the world.

A few years back conversations around transmission services focused a lot on the pipe. But Telstra has focused a lot on building other value, like expertise, people, and teams. Adam, can you discuss that evolution?

Day: The foundation of our broadcast business is our global media network and a lot of the submarine cable assets around the world.  Sometimes that’s the forgotten part of the infrastructure, but it provides the underlying platform that we built our media network. And clearly that media network comes with a whole bunch of other very technical cutting edge technology and hardware that sits on it.

But earlier this year we announced the acquisition of Media Cloud in London and that gives us some cool technology around cloud services, managed streaming services, and IP-based delivery that compliments what we’re able to do from a fiber connectivity or satellite connectivity perspective.

We certainly look to be one of those companies that are innovating in the market so we can come to our customers and partners and say we’re don’t just offer one form of transport for your international distribution to get your content around the world. We’ve got many layers that we can offer, including that IP and cloud-based delivery, which is exciting. And then PSSI here in North America gives us that added layer of services, operational maintenance, and support that our customers were demanding.

Jason, what does this deal mean for your existing customers?

Well, we’re a satellite services provider at heart and obviously we have a very large SNG fleet in the U.S. and we have our teleport. But we’d be naive not to understand that the marketplace is much broader than just satellite services. We really need to be making these types of partnerships that are on the cutting edge of what we can provide for our customers. I mean, from my perspective, the real value proposition here is we’re very strong in contribution services. And obviously Telstra is extremely strong in distribution services. So, this allows us to provide some compelling offers customers.