Fox Sports Merges Remembrance, Broadcast Technology for Mets-Yankees on the 20th Anniversary of 9/11

To cap off its busy summer of MLB productions, Fox Sports will be onsite tomorrow at Citi Field in Flushing, NY, to highlight a unique edition of the Subway Series between the New York Mets and New York Yankees. This matchup, being played on the 20th anniversary of the Sept. 11 attacks, will be the first featuring these two teams on this day. The broadcaster will both honor the memory of those who were lost and highlight the play on the field the way it knows best: with innovation and storytelling. 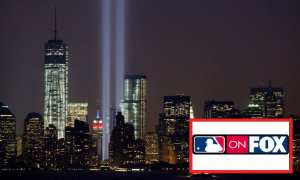 The nationally broadcasted game and the pregame before first pitch will be available in 4K HDR through the FOX NOW and FOX Sports apps. On linear television, it will be available from selected partners, such as Xfinity, DirecTV, Dish Network, FiOS, Altice in New York, Fubo, and YouTube TV. Along with 4K HRD, the broadcaster will roll out its postseason complement of 26 cameras for coverage of the game. This technology will include four super-slow-motions, an RF MōVI, and aerial shots. Live shots of the other 9/11 sites will be dispersed throughout the broadcast.

Surrounding the game will be a lineup of studio shows that encapsulate the emotions and significance of the fateful day two decades ago. Beginning at 5 p.m. ET, Fox News will use Fox Sports’ onsite space for a one-hour edition of The Five. Fox Sports will deploy four cameras for their studio programming that begins at 7 p.m. ET. Tom Rinaldi will host the Fox MLB Pregame show live from the stadium, alongside Hall-of-Famer Frank Thomas and World Series Champions Alex Rodriguez and David Ortiz. Rinaldi will also narrate a special on Mike Piazza’s emotional go-ahead, eighth-inning home run in a gamee 10 days after the attacks and what it meant to New York, the country, and baseball.

Stay tuned for live reports from Citi Field over the next few days.