Despite being played in the neighborhood of Flushing in New York City’s borough of Queens, the US Open is truly a global event. International broadcasters of all sorts clamor for content to feed to their tennis-hungry fans, and, in an initiative that has been tinkered with every year, Veritone and THUMBWAR has partnered on a refined workflow that allows US Open rightsholders easy access to a treasure trove of material.

“This year, we focused on making sure that you’ve got the [entire] match but also access to the press conferences and ENG content that went with it,” says Garron Bateman, senior sales engineer, Veritone. “Everything’s in one place so the user can quickly find what they’re looking for.” 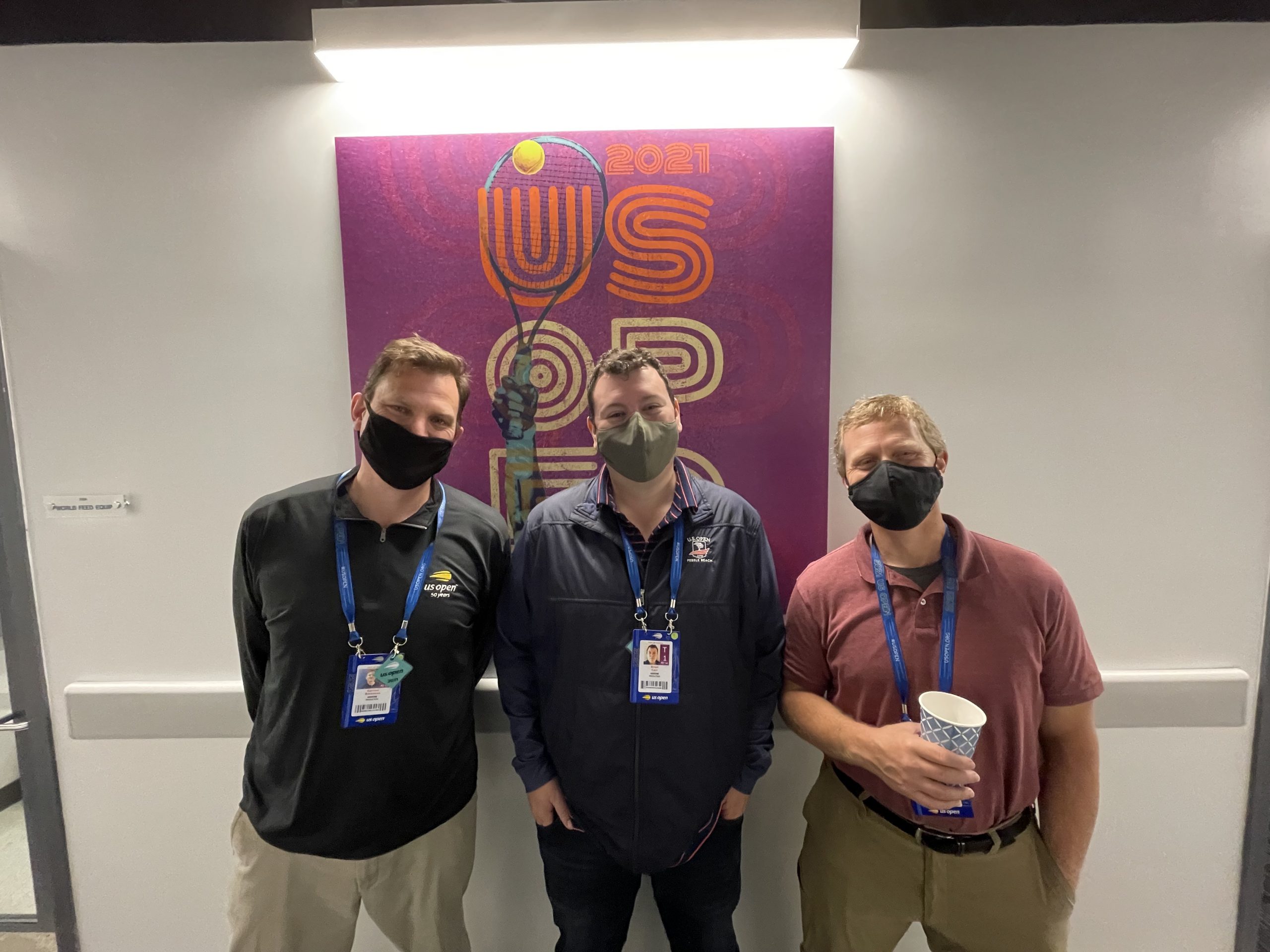 A database known as the Digital Media Hub has become a meeting place for all international rightsholders of the prestigious tennis event. The platform was heavily tapped into during last year’s tournament near the height of the COVID-19 pandemic, but, even as operations return to a semblance of normalcy, the cloud-based solution is still at the core of content retrieval.

Based on the fiber infrastructure supplied by NEP Group (most notably, by the team headed by NEP Engineering Manager Nick Romano) in the television compound, the Digital Media Hub is housed in the year-old USTA broadcast building. As additional support, THUMBWAR founding partner Brian Carr and his team are monitoring the equipment linked to the NEP Chromium world-feed truck. With this foundation, 60 individuals (on either 45 EVS IPDirectors or 15 other editing/media-management systems) in the same building or around the Billie Jean King National Tennis Center, plus 10-15 remote editors, can access the platform to pull content and reformat it for use by rightsholders. 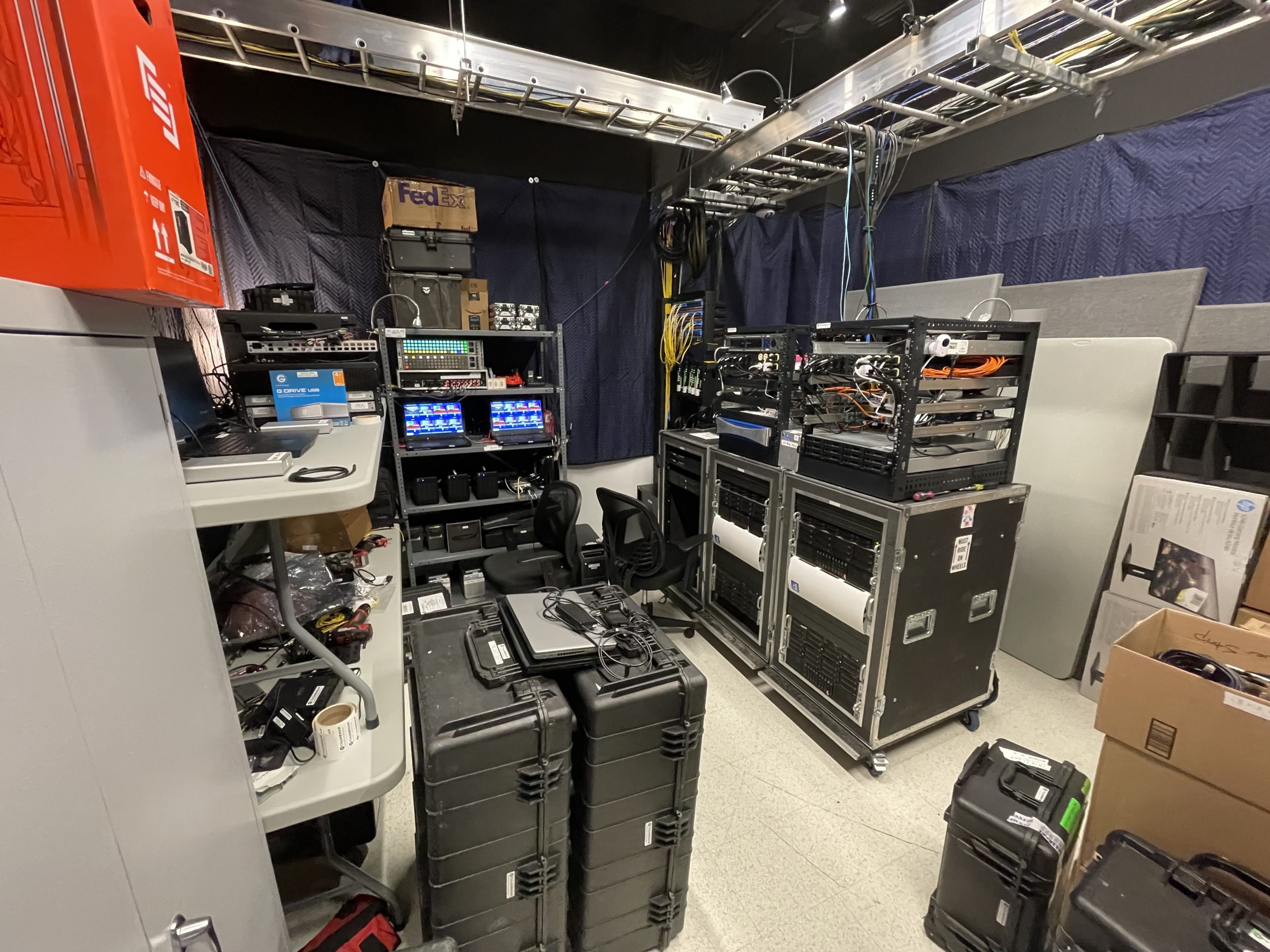 Digital Media Hub servers are located next to the room that Veritone and THUMBWAR are working in.

“We have users as far west as Los Angeles and as far east as Paris,” says Carr. “We started this initiative around five years ago, so having this new building has been a game-changer with centralized connectivity. We weren’t able to build a machine room like this in the past because we were in a trailer or in the back of the mobile unit.”

According to Greg Loose, head, AI solutions, Veritone, there have been vast improvements from when the system was the only lifeline for rightsholders who couldn’t make it to the Billie Jean King Tennis Center. A significant advance has been facial and scenic detection through artificial intelligence for the archival stages after the competition concludes.

“[The 2020 US Open] was one of the first sporting events played after the start of the pandemic,” Loose says. “We found out what we were going to do about a month and a half before we started, so the investments that both Veritone and THUMBWAR made during the downtime allowed us to turn a lot of these technologies out.”

Also making it easier for international partners to get content quickly is multi-language transcription. 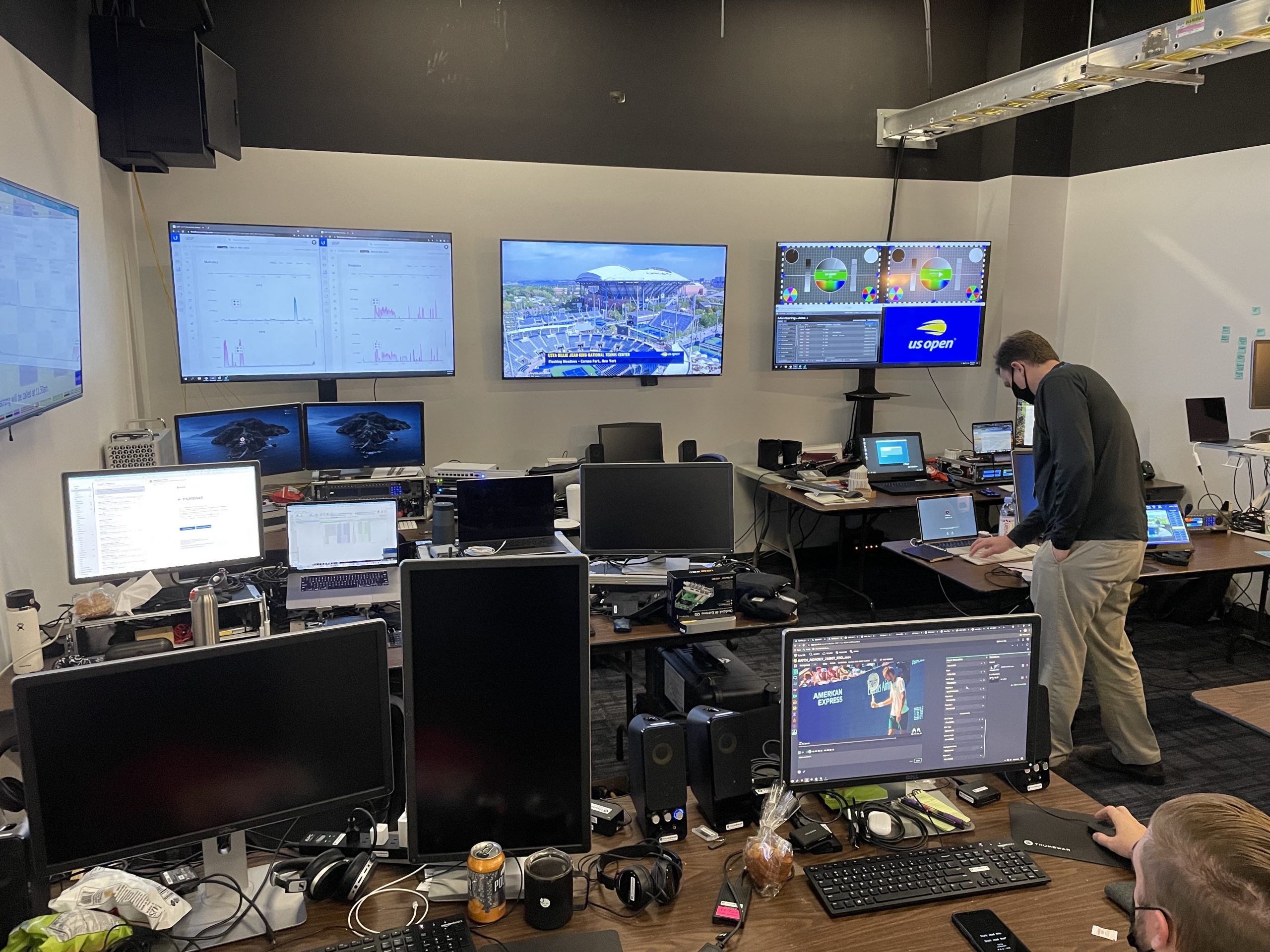 This small room handles onsite workflows at the US Open.

“We’ve been doing transcripts anywhere from 25 frames per second to 60 frames per second,” says Bateman, “and all that content is available as soon as it’s done. We have about 20 different languages set up in the system.”

At any given moment, nearly 250 users are in the Digital Media Hub, accessing full-length matches, press conferences, and ancillary ENG content, and more. All the content is tagged and logged metadata so that content creators around the globe can grab particular shots from this year’s tournament or even footage that dates back to the 1950s.

In executing this worldwide effort, Bateman communicates via email with international broadcasters like Eurosport and Tennis Channel. To protect media rights, Bateman and Loose established parameters that would give broadcasters access only to certain content. In addition, the two companies are using monday.com to remain on the same page and to stay organized and streamlined.

Overall, the Digital Media Hub has established itself as an important part of the US Open workflow, ushering in an era of remote production that allows more US Open content to be delivered to fans and created by professionals anytime, anywhere. 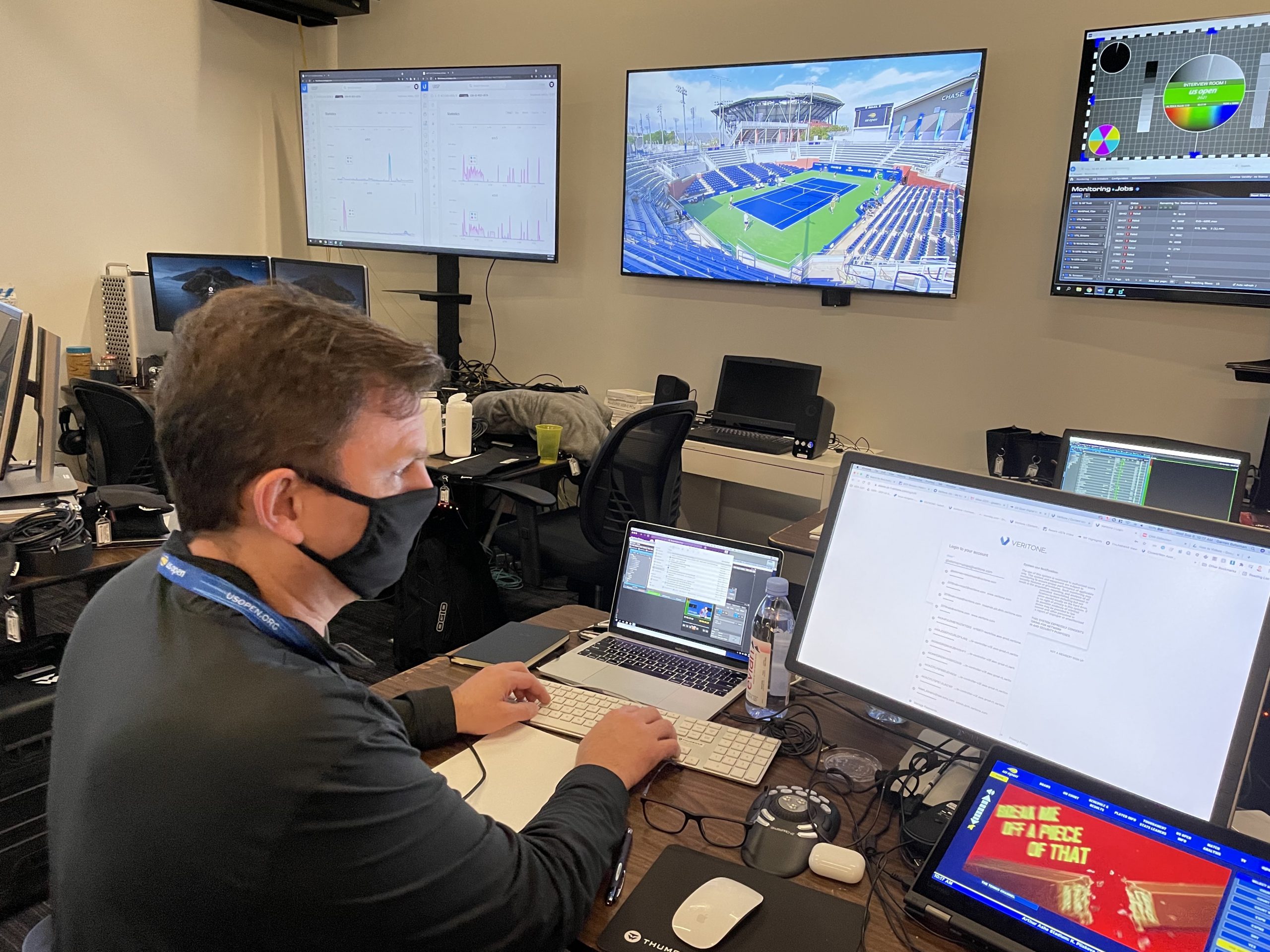 “One of the silver linings of the pandemic was forcing the adoption of some of these new technologies,” adds Carr. “It would have been a much more difficult curve to get people to adopt, but then they had to.”

Long term, the work being done now will pay off when the players competi