What it takes to make your production truck audio mixing area 5.1.4 friendly

Mobile production units are always crowded; their audio compartments, even more so. And the imminent arrival of immersive sound, a format known as 5.1.4, which adds four channels of surround overhead adds an additional level of complexity to creating a monitoring environment.

Overall, the number of studios equipped to mix Atmos and other immersive formats is steadily rising, boosted most recently by Apple’s announcement last May that its Apple Music platform will support the format. A rush to remix and remaster existing music titles for the format is under way. And broadcast audio faces a similar proposition: After the shift to 5.1 surround sound nearly two decades ago immersive sound needs to be approached in a different way. 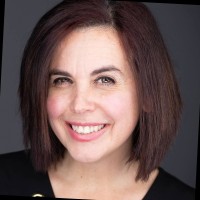 SMPTE’s Erminia Fiorino: “Sports broadcasting has been considered the only suitable case for using immersive audio.”

Some consider broadcast sports a very good fit for immersive sound. In fact, Erminia Fiorino, marketing manager, SMPTE, writing on the organization’s blog in July 2019, contended that “sports broadcasting has been considered the only suitable case for using immersive audio,” noting that new technologies and automated workflow systems can address those challenges.

She cites two landmark instances in the evolution of immersive broadcast audio: the use of Dolby Atmos on NHRA races and the application of Fraunhofer Institute’s MPEG-H format for the 2018 FIFA World Cup broadcasts on South Korea’s SBS, which also implemented some interactive audio elements. Since then, NBC Sports has applied Atmos to Notre Dame football broadcasts as well.

Where To Put the Speakers

For broadcast, the financial investment in speakers and related equipment would be minimal compared, for instance, with consoles or routers. The real challenge is where to put them in mobile-production environments.

“There’s not as many options available for truly professional, very small speakers yet,” the kind needed to attach to audio-compartment ceilings, says Will Eggleston, U.S. marketing director, Genelec, a speaker brand widely found in both remote and plant mix rooms. “Our 8320A or 8020D monitors are the best fit for that application.” 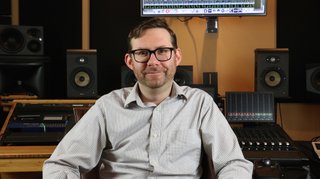 Dale Pro Audio’s Joel Guilbert: “Not having an option for mounting can dictate ultimate speaker choice.”

“One great indication for us, beyond just speaker counts, is the issue of speaker mounting, options/solutions, especially for the height channels,” he explains. “While often overlooked, not having an option for mounting can dictate ultimate speaker choice. Having the flexibility to pan/tilt overhead speakers is important especially in broadcast facilities, where even getting to a piece of the ceiling to mount can be a challenge, with ceiling cavities stuffed full of decades of wires and  project detritus and always a duct where you don’t need it.”

Eggleston notes that some flexibility is found in the fact that the overhead array can comprise two speakers instead of four. Dolby’s rendering software automatically accounts for how objects are positioned for monitoring and then rendered for playback in larger, 5.1.4 environments.

But the fact is, the impetus for immersive comes from what the production demands, he believes. “I’d have to say 5.1 remains the standard in trucks. Assuming 5.1 is a starting point, you could certainly upscale to a 5.1.2 environment by simply adding two overheads. However, I think it will take a bit more time for immersive to gain more traction in [remote] broadcast production. We know it’s happening, but I’m just not hearing that much about it in remote broadcast at the moment.”

Fingers on Faders, Ears on Speakers, Eyes on Meters 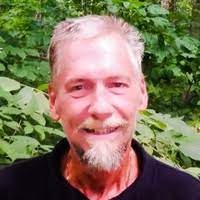 Steve Yoder: “It does sound very nice, but we have had to develop some tricks.”

In the trenches, A1s are figuring out their monitoring environments even as they’re learning Atmos’s complex ropes. Steve Yoder has mixed college football in Atmos for ESPN this year and last, for a feed that goes to DirecTV and other distributors as part of the broadcaster’s 4K package. He does both a conventional 5.1 mix, which is folded down to stereo, and a separate Atmos mix, 5.1.4, including overhead speakers. The 5.1 horizontal array comprises Genelec speakers (three 8240A’s, a pair of 8130A’s as the rear surround array, and an SE7261A sub), but the overhead array is another brand, which was already installed in Lyon Video Mobile Unit 14 when he came aboard.

“The entire monitoring system isn’t perfectly matched,” he explains. “So it’s key that the room be calibrated. We did that at the beginning of the season, before we started [using Genelec’s GLM software]. Because I have a Calrec Apollo, I can switch quickly from one mix to the other, so I’m constantly monitoring my downmix. Fortunately, the Apollo has a stereo button that immediately allows you to monitor the 5.1 downmix. I also have a monitor mix coming back from the Dolby encoder. So the Apollo allows me to listen to all channels, and I keep punching back and forth from one to the other, just to make sure that everything is still good as it leaves the room.

“The main thing,” he continues, “is adapting to what you see on your meters, because every [mix space] is a little different and truck audio rooms are not ideal because of the [lack of] depth of the room. You learn to depend on your meters very heavily, even for Atmos. You use the actual audio monitoring to get your initial feel, and then you watch your [input] meters closely, as well as your loudness meters after that.”

He adds that he has also come to rely on downstream ears, such as those of Glenn Stilwell, senior audio manager, Pac-12, and Dolby Atmos Mixing SME, and others in the transmission stream.

Yoder believes that immersive monitoring will settle itself out over time as the format becomes more widely deployed, although it may never become more than an option for most viewers just as 5.1 has. For A1s, though, it’s a new adventure.

“It does sound very nice,” he says, “but we have had to develop some tricks. For example, in a football stadium, you might have the PA at one end zone, but that means it can be left-heavy in your mix. You don’t want the viewer at home feeling like he needs to tilt his head to keep centering the screen. So what you do is put that announcer overhead, maybe center him a little more, just put it in the mix a little bit delayed so that you kind of create that umbrella. There’s a lot to keep in mind here.”