Live programming will also be sliced and diced for sharing across B/R app, social channels

For one of the sports industry’s leading digital brands, Bleacher Report, it doesn’t get bigger than the NFL Draft.

In addition to the wide breadth of content that Bleacher Report — and its football-focused vertical B/R Gridiron — will push to social media and the B/R App, the production team is producing wall-to-wall live-streamed coverage of all three days of the Draft from a newly built set at its New York City facility. 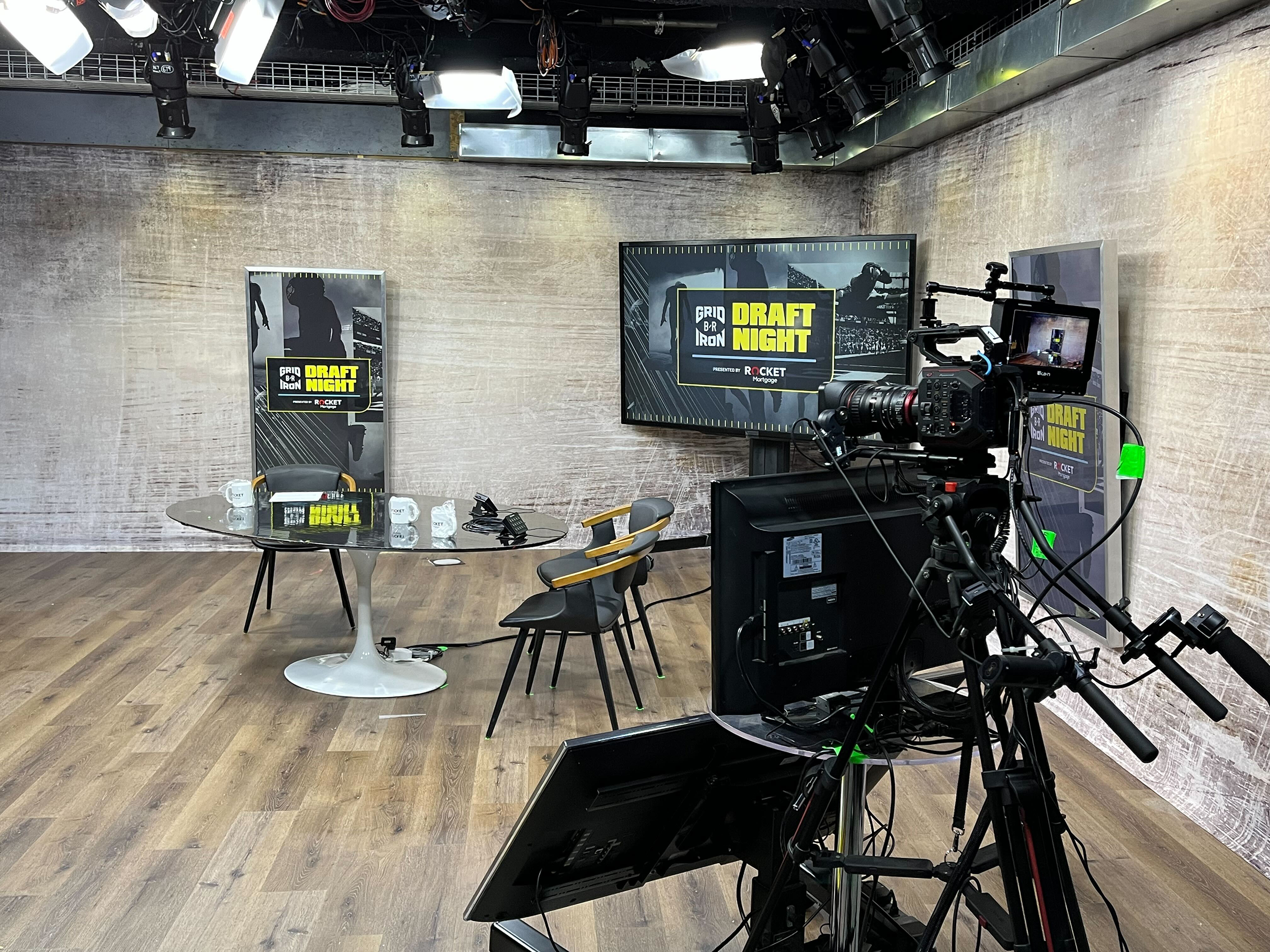 Bleacher Report is back in a newly built studio set at its New York City facility for this week’s NFL Draft. (Photo: Louis Johnson, Bleacher Report)

“The NFL Draft is our Super Bowl,” says Steve Pellegrino, senior director, video technical operations, Bleacher Report. “It’s three days’ worth of high-profile coverage that generates a lot of traffic for our platform.”

According to Bleacher Report, 2021 NFL Draft coverage generated 32 million visits to the B/R app, including 10 million live-show plays, which established a new record number of in-app engagements for B/R and was up 118% from last year. 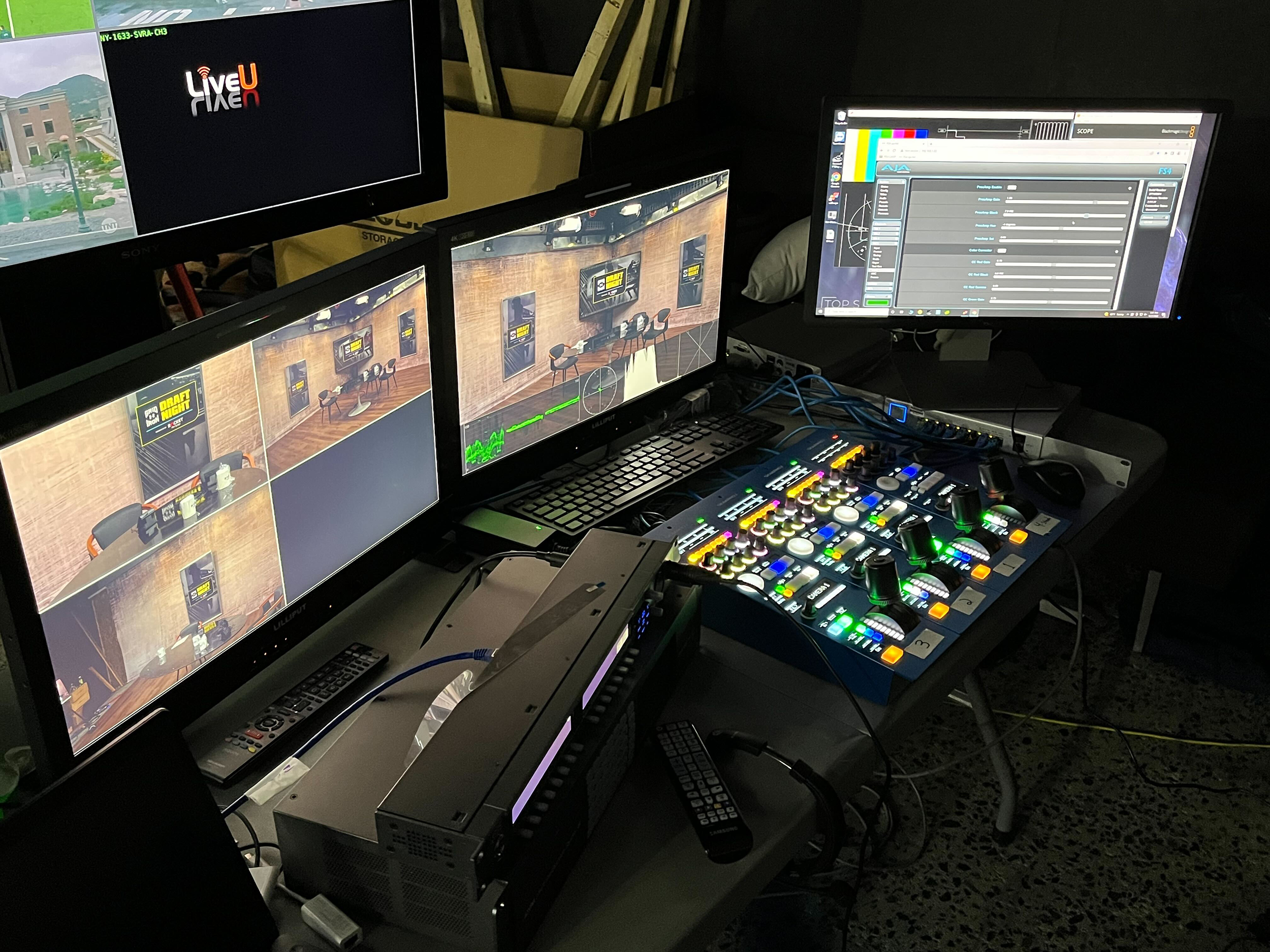 “For my team specifically — video production and technology — it allows us to use the depth of every area of the teams that funnel up into us,” says Pellegrino. “Whether it starts at production and operations to crewing and getting the set in to the technical-operations team in the control rooms, to our video-engineering, media-management, ingest-and-edit, and publishing teams, it allows our entire group to flex our muscles and our abilities for all of the things that we work on throughout the year and do it all at once.”

Operationally, this year’s Draft is a nice return to somewhat normal for Pellegrino and his team. The past two years, B/R has produced its live coverage largely using remote workflows; in 2020, most of the production infrastructure was erected in Pellegrino’s apartment.

“We’re going back to our roots with a more traditional live show. The look and feel of the set design is more B/R. Last year’s set was fantastic, with a big, NBA TV kind of feel, but you’ll notice that the feel of this [year’s] set will feel more ‘digital.’”

The main host area is more of a small table this year; lending itself to a more intimate conversation between on-air talent. In addition, there are three monitors on the set: a large one in the center and two verticals on the sides. Three PED camera operators and a Steadicam operator will also work in the space. 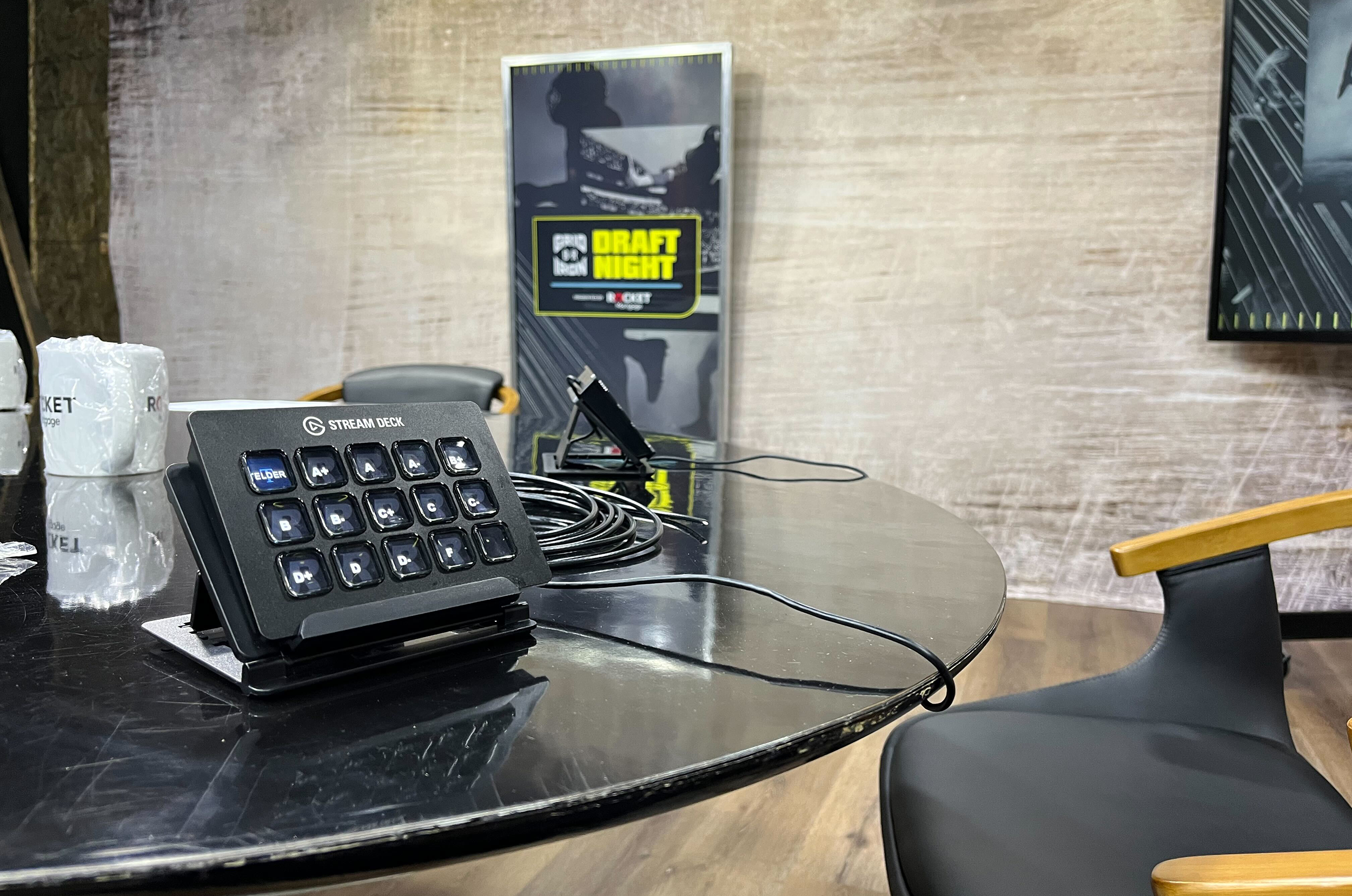 The crew is also using a collection of Elgato Stream Decks to streamline real-time graphics. The units have been programmed with grades from A to F, allowing hosts to use the decks to grade picks in real time and offering more flexibility and accuracy for displaying real-time reactions. Pellegrino says that the workflow is also linked to automatically fire off preselected memes to add even more color to the show.

The main control room is filled largely with Ross gear, featuring a Carbonite production switcher, Xpression for graphics, Mira and Tria for replay and clip-out of highlights. The set is also supported by a Calrec audio console.

A crew of about 30, including new director Jamie Kiley, will work the show tonight in roles ranging from TD, replay, A1, ingest/clip-out, editing, and publishing. Also, technicians were sent to each of the remote on-air contributors’ homes to coordinate camera, audio, comms, etc. Those remote contributions are being delivered over LiveU.

B/R is also tightly integrating with Tagboard in order to share and have the hosts directly engage with social comments on the live stream. Social producers working in Atlanta are connected to the New York PCR and will monitor engagement and pass along quality commentary from the 32 individual NFL-team chat rooms inside the B/R app.