SVG’s RSN Summit returned in person last week to reunite the regional sports industry for the first time since the summer of 2019. At the Renaissance Chicago Downtown Hotel on June 29-30, the event brought together RSN leaders and content creators to network and exchange ideas about the pertinent issues facing the regional sports sector as the business undergoes seismic change on multiple fronts. These leaders addressed how RSNs are being challenged to produce more events and content at lower costs while also navigating new pandemic-era realities and building beyond the linear-distribution model. 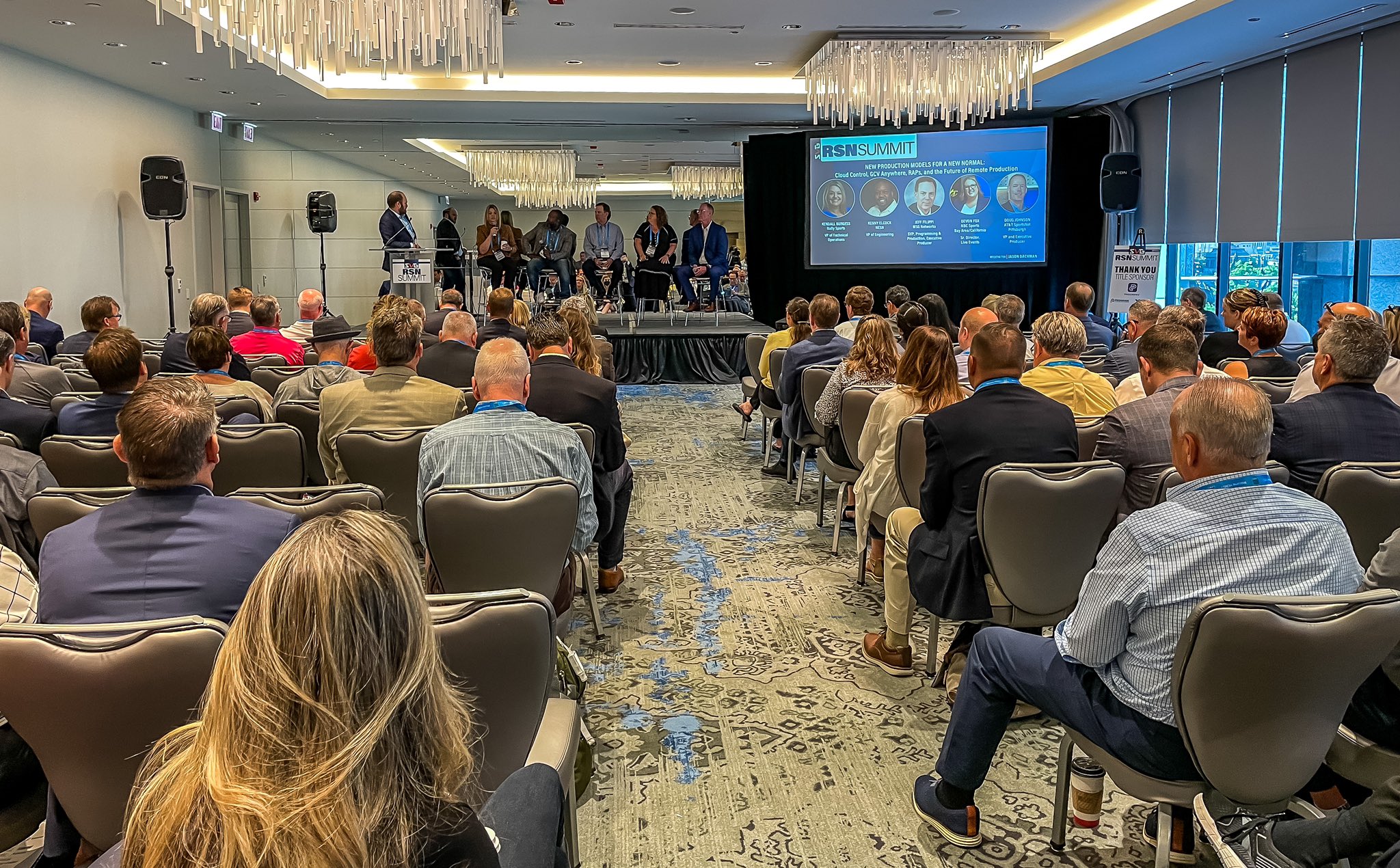 The event kicked off on June 29 with an opening-night reception along with a dinner presented by ProCrewz and Program Productions, which also served as title sponsor for the event.

Next up was the hottest topic of the moment for the industry: The state of labor and how RSNs are managing a shrinking freelance workforce. ProCrewz Chairman of the Board and CEO Bob Carzoli addressed the exodus of sports-production professionals during the pandemic when many industry veterans opted to retire or find new career paths. As a result, RSNs find themselves searching desperately for talented engineers and production crew to work the thousands of regional broadcasts they deliver each year. Carzoli presented an overview of the state of the current market, how it has evolved, and what to expect in the future.

Next up, Imagine Communications’ Bob Bolson talked with NESN VP of Engineering Kenny Elcock during a case study Q&A on planning and implementing the innovative technology behind the RSN’s successful broadcasts in native 4K/HDR. Later in the day, Sportradar’s Director of Broadcast Sales Patrick Murphy chatted with Marquee Sports Network graphics and EVS operator Nick Helling on enhanced storytelling through automated statistics.

The topic of REMI/remote production echoed throughout the entire days sessions and took center stage during a panel entitled “At-Home and in the Studio: From Announcers to Editors, How RSNs Are Embracing Remote Workflows”. In the midst of the pandemic, RSNs were forced to shift production almost entirely to remote operation — from announcers calling games off monitors to editors creating content from their homes. Although staffers have gradually returned to onsite broadcast, many RSNs have opted to keep some crew and on-air talent at home. Pac-12 Networks EVP of Content Larry Meyers moderated a session featuring Jared Boshnack, YES Network, VP, Production; Brett Opdyke, Bally Sports Florida & Bally Sports Sun, Executive Producer; AJ Ponsiglione, Spectrum SportsNet and SportsNet LA, Senior Coordinating Producer, Studio and Live Events; and Mike Santini, Marquee Sports Network, SVP, Programming and Production.