Riot Games to Keynote SVG Esports Production Summit on Nov. 10 With Inside Look at Project Stryker

Keynote conversation in L.A. will look how Riot is changing the game in global remote production for esports and beyond

For more than a decade, Riot Games Esports has helped blaze the trail when it comes to remote- and centralized-production workflows. Now Riot is taking it to the next level with Project Stryker. After three years in development, Riot Games officially unveiled its first Stryker facility in Dublin over the summer – the first of three remote broadcast centers (RBCs) strategically located around the world to create a “chase-the-sun” broadcast-operations model. At the fifth-annual SVG Esports Production Summit in Los Angeles on Nov. 10, Riot Games technology leaders will participate in a Keynote Conversation centered on Project Stryker and how Riot mission to change the game in global remote production for esports and beyond. 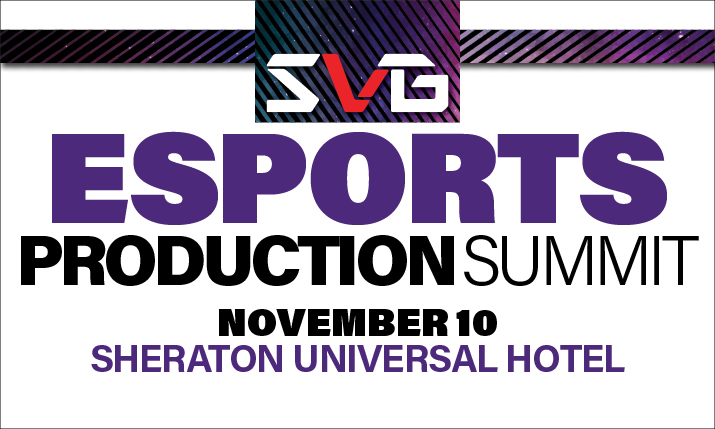 Riot Games’ Director of Infrastructure Engineering Scott Adametz and Principal Infrastructure Engineer James Wyld will take the stage at the the morning of Nov. 10 at Sheraton Universal hotel to share how the Stryker facilities will receive live competition feeds in order to produce, broadcast, and translate content for millions of esports fans around the world.

In addition to the keynote conversation, the 2022 SVG Esports Production Summit will feature a full day of panels, case studies, and technology showcases delving deep into the next-gen workflows being used by today’s top esports event producers, leagues, and streaming platforms. The esports-production industry has undergone a seismic shift as a result of the pandemic, and, as a result, the way live events are produced has changed dramatically. Hear from production teams at top esports organizations on the latest production and technology trends, how they are embracing cloud-based and remote-production workflows, and what it all means for your operation as in-person, on-site events return. Topics will include: