Florida-based broadcasters faced a multitude of challenges during Category 4 Hurricane Irma, one of the strongest hurricanes ever recorded in the Atlantic, transmitting the news in the volatile weather to keep viewers without power abreast of crucial information via social media. ABC affiliate WFTV-TV, the Cox Media Group (CMG) station serving the Orlando, FL market, relied on Panasonic’s P2 Cast cloud-based news production system throughout the storm to get news to air/on-line quickly and to keep its reporters safe. The station’s storm coverage continued showing Floridians grappling with power outages, residual flooding and clean-up, and preparing for more storms during an active hurricane season. 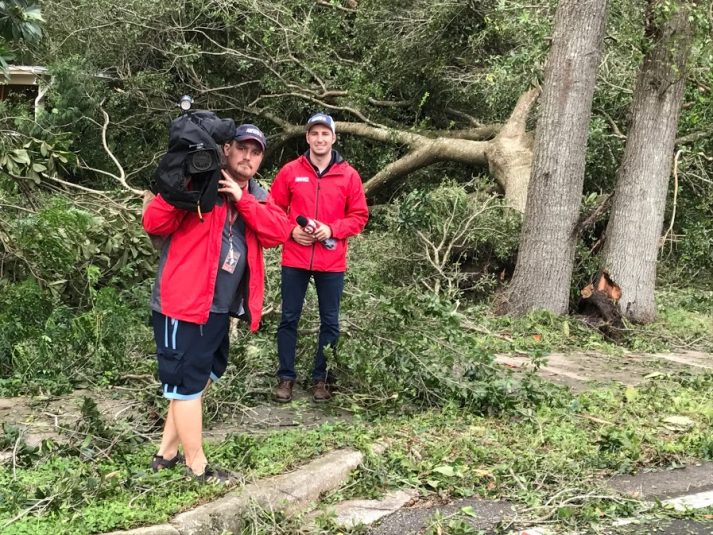 “Our crews were scattered in safe locations around central Florida, assigned 12 hours on – 12 hours off shifts and staying at their location to avoid travel on roadways,” says CMG’s Director of News Technology Dave Sirak, describing ENG operations during the storm. “Conditions varied from full exposure to rain and wind to internal locations inside emergency operations centers. We sent our crews with food and first aid kits, and we delivered fuel and other supplies in a roving fuel truck before and after the storm.”

“We had approximately half of our AJ-PX800 AVC-ULTRA camcorders using P2 Cast system,” says Sirak. “In some case our crews were working in traditional live trucks or with bonded cellular backpacks, but the automatic upload of the proxy video allowed us to keep our laptops stored and safe and to keep the cards in the cameras, which were tightly wrapped and protected from water intrusion. Removing the cards would have disrupted the protective rain gear, and wet hands on electronics should be avoided due to exchange of moisture on the cards, which can fog the camera internally, which is fatal.” 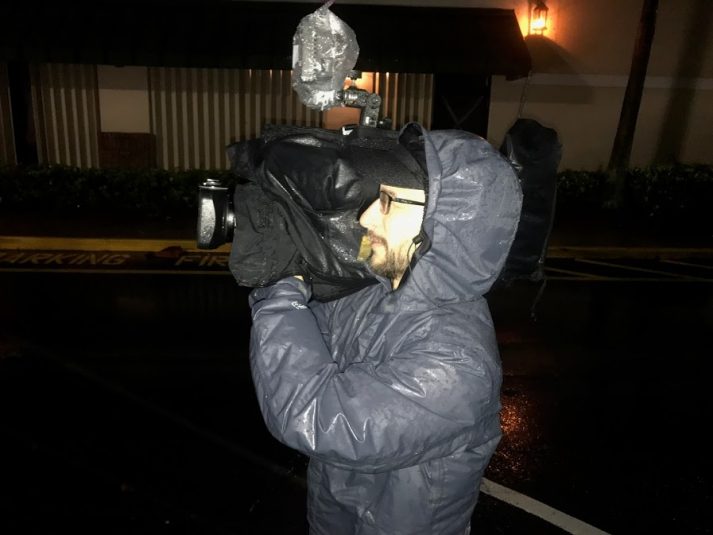 The P2 Cast system leverages the advanced features of Panasonic’s P2 HD AVC-ULTRA camcorders, integrating their networking capabilities so content uploaded to the cloud is immediately available for reviewing and editing on the web. P2 Cast expedites the delivery of news to air, while also expanding the editing function to any device connected to the internet. A significant P2 Cast advantage is its ability via the cloud to move low bit rate, yet high-quality proxy video off a camcorder in the field, create a video sequence of the desired clips, and then allow newsroom systems to automatically pull back high-resolution video for air from the camera.

When the eye of Irma moved across central Florida we were forced to put our satellite and microwave dishes down, but with the P2 Cast system our crews were able to continue to shoot and send back reports during the peak period of the storm,” says Sirak. “Our crews could literally stay in the gather mode since their content was being shared automatically. A ‘look live’ would take about 5 -10 minutes to get to air depending on bandwidth and the length of the report. We also limited the exposure of our crew waiting in extreme conditions to be taken live—and when a hurricane is in your backyard you have a lot of crews stacked waiting to be taken live.”

“Social media is a huge factor in covering a disaster,” says Sirak. “Orlando was hosting thousands of evacuees from south Florida whose only connection was social media as they traveled in their cars and stayed in hotel rooms. Once Orlando was hit, our viewers were now dependent on social media when their power went out and throughout the lengthy recovery period while we waited for power to be restored.” 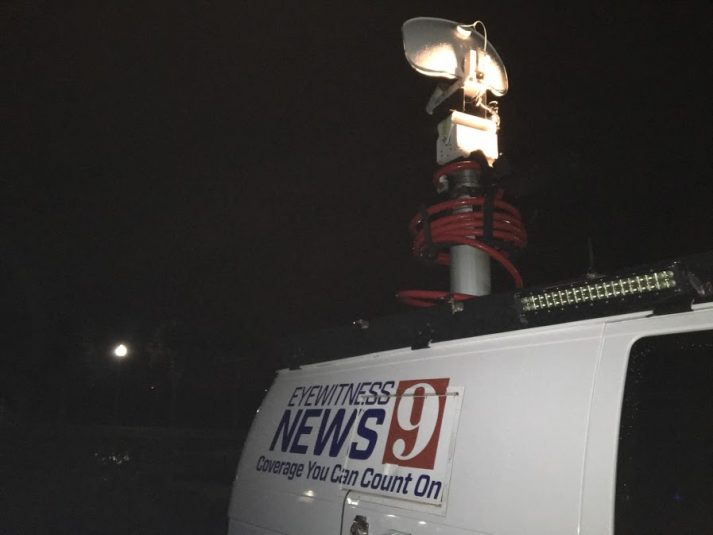 “P2 Cast allowed our crews to minimize their exposure to hazardous conditions since they were not connected with cable or other devices. At any time, our crews could change locations and seek areas with better cover from the weather while shooting and sending clips back. What’s more, while our sister station WSB-TV was covering Hurricane Irma from Houston, the WSB crews were deploying P2 Cast to share video with our WFTV crews, both in the field on opposite sides of the storm. This is first time we have used P2 Cast to share content with other crews who were also in the field.”

P2 Cast is a shoot-and-forget tool for sharing video–when the camera is connected to high-speed internet, the results are remarkable,” Sirak adds. “It’s part of our DNA now, and it would be very difficult to do without it.”