CONCACAF Partners With Brightcove To Own the Fan Experience

The soccer group is looking to better monetize its content

CONCACAF has selected Brightcove as a partner to take its online-video efforts to the next level. Although the Confederation of North, Central American, and Caribbean Association Football has done a great job using free services like YouTube and Facebook to stream its videos to fans around the world, it has discovered that free services will take an organization only so far. Capitalizing on the intense demand for online sports streaming, CONCACAF signed with Brightcove as its online video platform (OVP) to grow its online offerings and better monetize its content. Now it will be able to sell direct to advertisers, create unique sponsorship opportunities, and work with multiple ad networks. 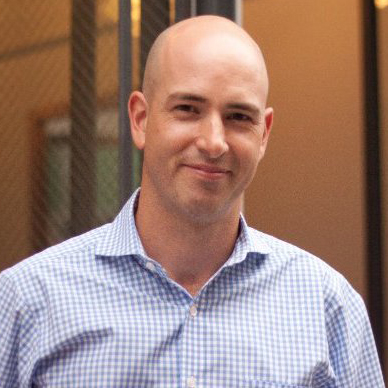 “Toward the end of last year, we agreed to partner with them,” explains Mike Green, VP, marketing and business development, media, Brightcove. “They’ve had a number of ways that they’ve approached getting their content online, but they haven’t always owned the relationship with the end consumer and the ability to monetize it, and the data and stuff. I think they recognize that, with powerful sports brands, there’s an opportunity to do that and control a little bit more of their own destiny.”

Brightcove is no stranger to soccer streaming. Green notes that the company works with the Premiere League to stream highlights and other content and with such teams as Manchester City for highlights. That work might have turned into positive word-of-mouth recommendations that attracted CONCACAF. And Brightcove’s sports streaming goes beyond soccer: for the recent Australian Open, for example, the company powered both Tennis Australia and the broadcaster that owned the rights.

As an example of how working with an OVP helps a sports organization control the experience, Green cites Brightcove’s work with the National Hot Rod Association. It offers members a discount on video subscriptions, controls the marketing for the group’s offerings, and gets metrics on stickiness and customer churn. NHRA couldn’t do that streaming to YouTube alone.

“There’s some great things about when you work through a distributor, because distributors take a lot of problems off your hands and do customer support and so forth,” Green says. “But you just don’t always know what’s going on with the end consumer. And, for sports in particular, I think the consumer is devoted enough that they jump through perhaps more hoops to create an account with a new service than just general-entertainment–content fans would do.”

For CONCACAF, working with Brightcove will mean more than just new advertising opportunities. According to Green, the organization can use Brightcove Video Cloud to ingest its content, manage video playlists, design its own video players, and place overlays and logos for branding. When production is finished, CONCACAF can use Brightcove Social to syndicate to multiple destinations.

“When you buy an enterprise license to Video Cloud, you get some social destinations with Brightcove Social and that sort of thing,” he explains. “We customize the kind of package to what a customer needs. Not everybody’s doing live streaming with us, so not everyone needs that module, I’d say. But it’s easy to understand, and you assemble the modules you need for your given business case.”

When it comes time to upload new video, CONCACAF can streamline its operation with Brightcove’s dynamic ingest, which automatically uploads and processes assets saved to a set location. The OVP then creates the correct renditions for each file.

Because no one encoding profile is best for every type of content, Brightcove developed its own context-aware encoding system. This scans each asset and understands the needs of a talking-head video compared with one showing high-action gameplay. By applying the best encoding profile for each asset, publishers can save on encoding and storage costs, not to mention bandwidth.

Going with an OVP like Brightcove might seem a high expense compared with free delivery methods, but Green says the flexibility in sponsorship opportunities could help CONCACAF make money over time. Generic YouTube and Facebook players don’t give organizations the ability to sell against their own content, he notes, and limit their ability to create branded experiences. Using such methods, CONCACAF couldn’t segment its inventory, for example, showing a particular ad on some teams’ content and not on others’. The Brightcove tagging system lets it fine-tune its ad offerings.

“There’s so much content being produced and distributed across a number of platforms today, but very few pieces of content are must-see, and soccer has the most rabid of fan bases perhaps of any sport,” Green says. “There are so many things that owners of sports rights and sports content can do to give their audiences terrific experiences that we’re excited to be part of how CONCACAF is going to do that going forward.”