Ratings roundup is a rundown of rating news from the past week and is derived from press releases and reports around the industry. In this week’s edition, the five-day long college football kickoff schedule paid dividends for ESPN and NBC, the US Open Championships conclude with Novak Djokovic and Naomi Osaka as champions, the 2018 NFL season began on NBC and CBS, and MLB Network sees continued growth from start to finish. 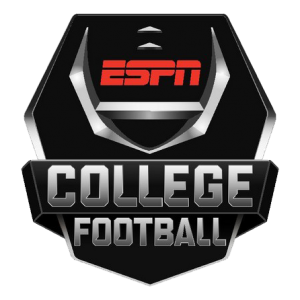 ESPN’s five-day kickoff week schedule (Aug. 30 – Sept. 3) reached more than 64 million fans, 35% more fans than the broadcast and cable competition combined. Examining it closer, more fans tuned into the four games on ABC than all the other broadcast and cable networks combined. Looking at the season’s first full Saturday, throughout the course of eleven hours of game time (noon-11 p.m. ET), on average, six million fans were tuning into college football on ABC/ESPN’s networks at any given minute.

Buoyed by their college football success, ABC and ESPN won the night among broadcast and cable networks on Sunday, Sept. 2, and Monday, Sept. 3, respectively. Both networks ranked first in all key demos, including households, viewers, men 18-34, men 18-49, and people 18-34. ESPN also ranked first in men 18-34 on both Thursday, Aug. 30, and Friday, Aug. 31, among broadcast and cable competition, resulting in ESPN winning the key demographic in three of the five nights.

ESPN and ABC bested the broadcast and cable competition during the Saturday, Sept. 1, late afternoon window and early game window. Washington vs. Auburn (3:30 p.m., ABC) delivered a total live audience of 5,364,000 viewers, beating the broadcast competition by 98% and 465% in the same timeslot.

Leading into the Huskies-Tigers showdown, Oregon State at Ohio State (noon, ABC) drew a total live audience of 3,610,000 viewers and Texas Tech vs. Ole Miss (noon, ESPN) delivered 1,929,000 viewers, the two most-watched games of any network in the timeslot. ABC and ESPN both topped the broadcast competition by 156% and 42%, respectively. Among its cable competition, ESPN was up 51%.

NBC Sports’ Notre Dame Football on NBC coverage is off to its most-watched season in eight years, producing a Total Audience Delivery average of 4.837 million viewers through its first two games.

Through two games, NBC Sports’ Notre Dame viewership on NBC is up 65% vs. the first two games of the 2017 season (Temple and Georgia, 2.923 million), and marks the best viewership since 2010 (5.360 million), when Notre Dame opened the season at home with rivalry games against Purdue and Michigan.

The 2018 Notre Dame Football on NBC campaign opened with the network’s most-watched Notre Dame game in 13 years, as more than 7 million viewers tuned in to NBC to watch the Fighting Irish defeat the then-ranked No. 14 Michigan Wolverines, 24-17, on Sept. 1 to rank as the most-watched college football game of Labor Day weekend.