SVG Sit-Down: Alpha Video’s Jeff Volk on the Further Development of IP, HDR in the Venue

The idea of constructing an infrastructure solely on baseband is on the hot seat. With the introduction of IP, production teams across the board have been given more leeway and have reached territory that has never before been tapped into. For in-venue shows, the implementation of 4K has been discussed as an option, but with the current adoption of HDR, centerhung videoboards have been given new life with enhanced clarity. With the SEC Network establishing a stronghold in college sports and the upcoming launch of the ACC Network, college programs are changing their approach to how they produce content.

As a staple in the venue sector of the industry, Alpha Video has been immersed in a large amount of control room and stadium renovations in the last three years, including Georgia Tech’s ACC Network buildout, Minnesota United’s Allianz Field, Atlanta Braves’ SunTrust Park, and Detroit Lions’ Ford Field. SVG sat down with Jeff Volk, VP, Alpha Video, to dive deeper into what new trends are emerging, how IP and HDR have progressed in the venue space, and how both will continue to grow in the coming years. 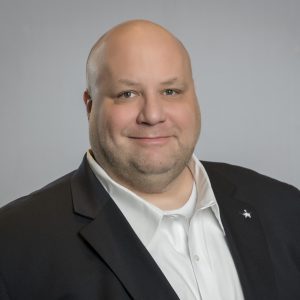 Besides IP and HDR, what other trends are influencing venue renovation and construction?

We continue to see that either the venue or the control room is also being tasked as a live television production facility. Venues are also constructing multiple control rooms. Long gone are the days of having a singular control room that produces video board shows. It’s a facility with multiple control rooms that control multiple venues, whether from an LED in-venue show perspective, or from a television or online broadcast perspective. There’s also a lot more infrastructure planning, both in-venue and between the venues. Those projects have become far more complex in nature.

How are these trends affecting the college sports market?
In the college space, even with the all of the work that’s been done by ACC schools for the ACC Network launch this month, all of those systems, to the best of my knowledge, are all basebands. And so I think pretty much every single one of them is 1080p 60 baseband capable. IP today still represents, in terms of money, about a 25% increase in costs. IP was not really a budgetary reality for a lot of the customers as they were looking to ramp up their ACC Network facilities.

How are systems integrators offsetting the difficulties of IP for college programs?
There are some additional challenges because [IP] is still an evolving and developing technology that can be challenging to deploy, but more importantly, challenging to maintain. On the ACC Network and the SEC Network, I would say 75 to 80% of those schools have hired full-time engineers since there’s a lot more involved in supporting an IP facility than there is a baseband facility. [Hiring these engineers] is mixed with the costs, newness, and occasional difficulties of deploying complex IP systems.

In addition, there is quite an education process that we typically go through with our customers to better understand their needs so that we can educate them on what the best course of action moving forward for them might be. [Sometimes], customers are adamant that they need to go IP, and after further evaluating their needs, we land that probably perhaps 1080p 60 baseband is likely their best scenario. Much like when there was a transition from SD to HD or some of the other things that have happened in time with the industry, there’s still a tremendous amount of education that goes into it.

Although 4K has been talked about as a potential option down the road, where does HDR fit in the production of videoboard shows?
HDR is still very much also much like IP, but there are certainly some differences between how you deploy it indoors and how you deploy it outdoors. If you’re not going to go entirely HDR in your whole venue, there’s a lot of questions that you have to ask yourself about HDR. Am I color spacing this SDR for HDR, or vice versa? What’s going to take the priority? What does all of your equipment support? It’s very, very challenging.

The sweet spot of what we’re doing today is the ability to plan everything as HDR compliant. From the LED displays and IPTV distribution system to all of the displays hanging around the venue, we can plan to make all of that HDR-capable, so you don’t have to worry about managing HDR and SDR color spaces since you can just manage it all in HDR. We’re installing all the equipment necessary to make the control room system HDR compliant [from] end-to-end, so then at a time where the client has the ability to turn on bits of it for an LED display upgrade, they can make sure that their LED front end processing is HDR compliant.

Where do you see IP and HDR in the next 12 months to 2 years?
In the next 12 months, there will likely continue to be a lot of heavy activity in the baseband space within 1080p 60. I think the idea that IP is somehow now all you can do, and that baseband is dead or dying, is definitely a misnomer. For every 10 customers that approach us with a project, six or seven of them are still interested in doing baseband.

Looking at projects a little bit further out in 2020 and 2021, big universities with huge budgets and have always been sort of at the forefront of technology will likely incorporate elements of IP into their facility.