Supply-chain problems have beset global manufacturing for over a year, since the COVID pandemic closed down much of the world’s manufacturing and transport. The situation has been exacerbated by growing demand as the pandemic recedes in some areas, even as the supply chain, materials, and especially the critical microchip-supply ecosystem have barely begun to reopen and re-establish themselves. Professional audio has not been immune to any of this and has been scrambling to respond.

“Lead times on everything, including fairly standard parts like diodes and capacitors, are all over the map,” says Wheatstone Production Manager Matt Wilson, citing a 61-week lead time on capacitors, for example. “Metal extrusions have a normal six- to eight-week lead time, [which] went to 13 weeks. It then climbed to a 24-week lead time. Wheatstone has been fortunate in that we have reserves of the [necessary] ADC chip, along with other components, and, earlier this year, we were able to buy up even more in bulk.”

In broadcast, the audio-console sector in particular has been vulnerable to supply-chain issues and other disruptions to manufacturing, especially the chip shortage.

“It has certainly been a challenge, and still is, but we have done a lot of work to mitigate supply issues, and being part of Audiotonix gives us better buying power and puts in a stronger position than if we were on our own,” explains Kevin Emmott, marketing manager, Calrec, one of four console brands under the aegis of Audiotonix. “We also took the opportunity to undergo changes to our infrastructure in the last 12 months and made significant investments at the factory during the pandemic, concentrating on our R&D and in-house production facilities so we were able to come out stronger.”

Some Context on Chips

The microchip landscape was fragile to begin with. Only a handful of suppliers were making ADC/DAC chips, which are used in phones, cameras, anything and everything that converts analog audio to digital and vice versa. But only a few — notably, Cirrus Logic and AKM — make the kind and quality of ADC/DAC parts used in pro, musical-instrument, and broadcast products. AKM experienced a massive factory fire in October and hasn’t yet ramped up production of those chips.

Another complication is that chips from different manufacturers are not necessarily interchangeable. For instance, pin configurations for AKM’s ADC chips are different from those of Cirrus Technology’s equivalent ADC/DAC chips; AKM chip users would have to redesign their circuit boards to accommodate a different chip-pin configuration.

One aspect of Wheatstone’s response to the current environment is a literal doubling down on its domestic manufacturing capacity, with a million-dollar investment in large component buys and new equipment at its manufacturing facility in New Bern, NC. The goal, according to an announcement made in mid July, is to increase production 100% at the factory, where all products from Wheatstone and corporate sibling Audioarts Engineering are made — from machining, fabrication, screening and circuit-board surface mounting to final testing and AoIP-system configuration.

“Manufacturing in-house lets us respond more quickly to changes and gives us much better control over a volatile supply chain,” says Wilson. “By maintaining high inventories on components and investing in additional machinery, we are more than able to meet our customer requirements well into and past 2022.”

Among the new additions to its 52,000-sq.-ft. factory floor are a second multi-axis CNC milling machine and a larger-format brake press to keep up with the production demand for precision metal work. An additional surface-mount machine also will be added, to increase the production quantity and quality of the circuit boards used in Wheatstone consoles, Blade interfaces, and other audio processors.

The ramp-up in manufacturing capacity comes ahead of a multimillion-dollar contract to provide WheatNet-IP audio-console surfaces, network devices, and system preconfiguration for 247 studios in 32 U.S. markets, for an undisclosed broadcast and production customer, with the majority of completed systems to ship through September.

According to Calrec Operations Manager Helen Jones, that company used time during the pandemic to upgrade some infrastructures and develop some key areas. 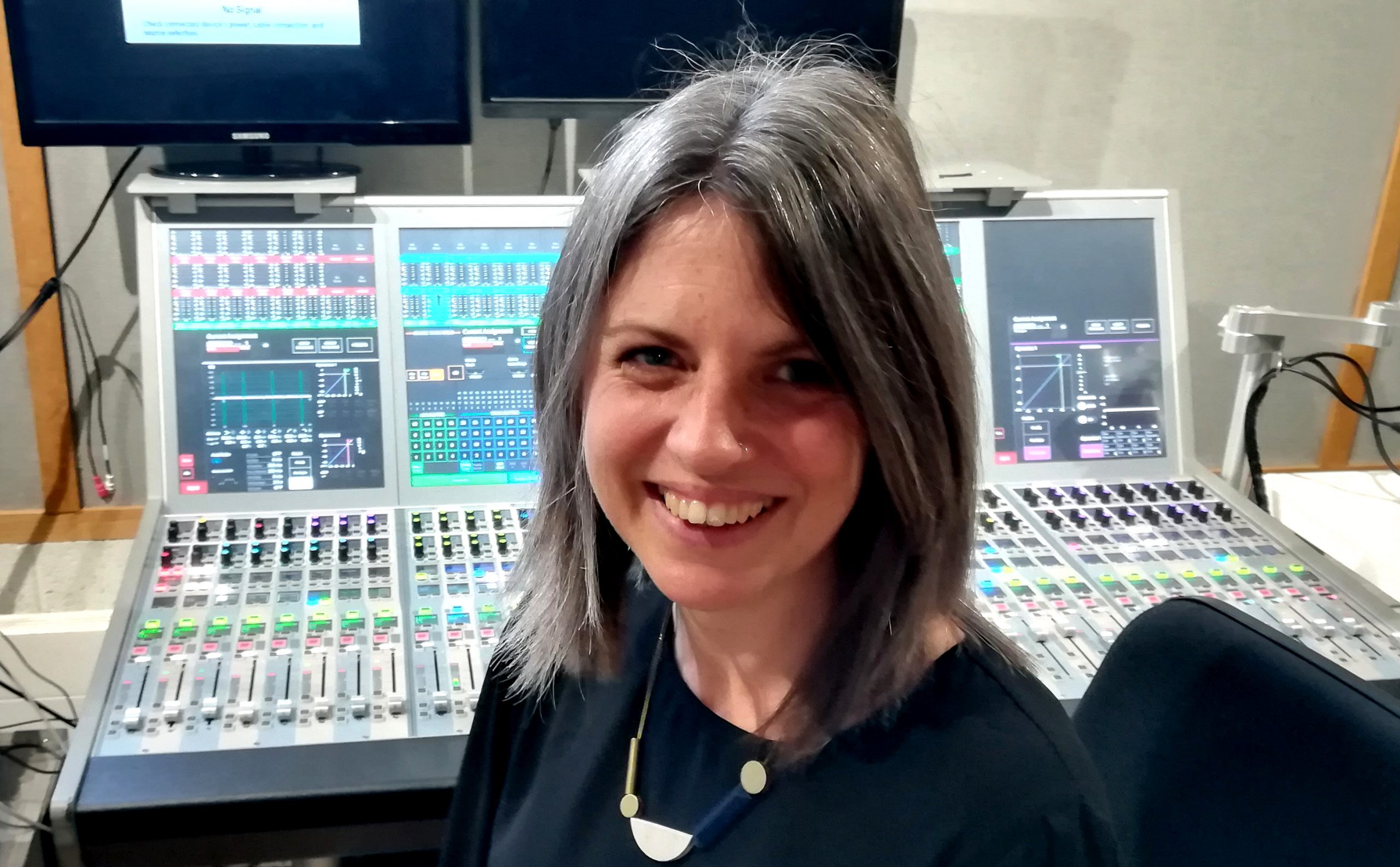 Calrec’s Helen Jones: “World events are a challenge to our supply chains. We are still dealing with the effects of COVID-19, and, in the UK, we’ve also had to plan for Brexit.”

“First, we completely refurbished our R&D office space to help our 50 engineers work in a way that reflects whatever stage the project is at, whether that’s collaboratively where engineers can brainstorm and be more creative or in quiet, focused office space,” she explains. “We took the opportunity to also install more energy-efficient solutions and better insulation. We are already using renewables for our electric provision, and, by 2022, we have a target to be carbon-neutral on gas.

“We also redesigned and upgraded our production facility at Nutclough Mill [in Hebden Bridge, West Yorkshire, UK],” Jones continues, “to create a more flexible manufacturing process that can adapt to the changing needs of our customers. All parts of the process are mobile so our manufacturing flow can remain agile, [and] we’ve introduced additional test facilities at more points in the assembly process so workspaces operate as multifunctional test zones. All this work increases efficiency as well as keeps our teams safe.”

She points out that, in addition to the pandemic, the UK has had to deal with Brexit: “Current world events are a challenge to our supply chains. We are still dealing with the effects of COVID-19, and, in the UK, we’ve also had to plan for Brexit. It’s critical that, when raw materials or components are available, we are able to acquire them and, as the lifetime of Calrec equipment is many years, we are able to buy very far in advance when we feel it is appropriate to do so. Ultimately, it comes down to some key strategies: strong planning and forecasting, strong supplier relationships, and solid group economics.”

While chip manufacturing is trying to catch up with demand, the sector is being muscled up with loads of new investment, much of it from national governments that have realized chips’ criticality. In the U.S., a reported $52 billion is being offered to support domestic semiconductor production. South Korea’s Samsung, SK Hynix, and other companies are planning $450 billion in investment over a decade. Taiwan Semiconductor Manufacturing has earmarked $100 billion over the next three years, coupled with trillions of yen from the Japanese government to help jumpstart that country’s languishing chip-manufacturing sector.

Pro audio will still have to compete with automotive and other market sectors for these diminutive diamonds, but broadcast is looked at by many as a revenue leader globally, which help keep its place in the queue for chips. Interestingly, live and installed sound will buttress that, with sports venues’ upgrades to bowl and concourse audio adding to the demand.

“Fundamentally, because the supply chain is a dynamic and fast-moving situation, purchasing power really helps,” says Calrec’s Jones. “Being part of Audiotonix, the largest console group in the world, helps us to keep across our forecasts and better support our customers. It enables us to use group leverage [and] gives all our brands better security.”