In 2013, Johnstone became the first European inducted into the Sports Broadcasting Hall of Fame

Barry Johnstone, chairman of EMG’s UK companies, co-founder of CTV in 1980, and a key industry figure in the UK and global sports production marketplace for more than 40 years, died of a heart attack last night at the age of 77. He is survived by his son Adam, Ben, and Lucy. 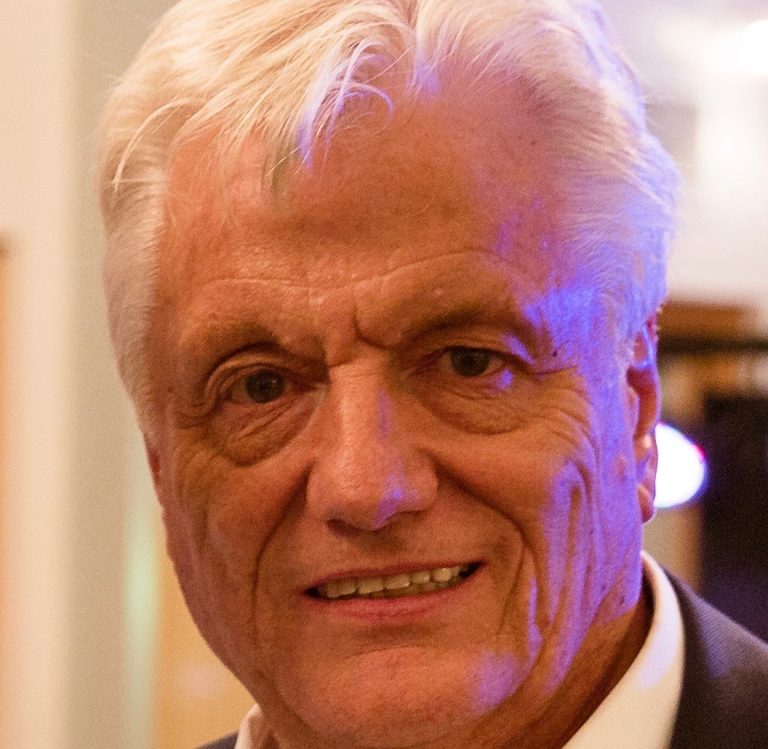 Barry Johnstone, co-founder of CTV and chairman of EMG UK

Johnstone was inducted into the Sports Broadcasting Hall of Fame in 2013 and in his Hall of Fame biography he said he was proud of only having three jobs during his long career. Born and educated in New Zealand, he arrived in the UK in 1970 and from 1971 to 1980 he was International Director at Magnet Records. In 1980 he co-founded a small post production facility which was acquired by Carlton Communications, and the company was rebranded Carlton Television Facilities (CTV). In 1981, Barry was appointed CEO and broadened its services in the mid 80s to include studios, OBs and transmission / playout. For more than 40 years Johnstone would remain at the center of one of Europe’s leading mobile-production-truck providers. Since beginning work at age 15, Johnstone has had some remarkable adventures, but OB trucks were his love and business passion.

Since the 1980s, he was a mainstay in sports and music production in Europe and has also developed a reputation among U.S. and world broadcasters as someone who could be relied on year after year. For example, for more than 35 years CTV OB has played a key role in helping ABC Sports, ESPN, NBC Sports, and Sky Sports deliver the British Open to viewers. And during the London Olympics, CTV OB was at the center of the TV production of the Opening and Closing Ceremonies, one of the most complex ceremony productions ever.

Tasked with developing Carlton’s mobile-production-unit business in the 1980s, he soon found that mobile units were to become the love of his life. Johnstone would later serve as COO of Euro Media Group between 2007 and 2010 and as International Director between 2010 and 2019 prior to becoming Chairman of EMG UK.

“I got the opportunity to join a group of people that wanted to build a mobile-edit suite,” he said in 2013. “It was quite unique. One-inch–tape machines had just been introduced into England. We decided that, if we bought these machines and put them into a truck, we could go around to all the network television stations and edit 10 times faster on 1-inch as opposed to what they did on 2-inch.”

As Carlton grew, opportunity again knocked. Carlton agreed to sell Johnstone the editing studio and postproduction assets but not the OB vans, so, when Johnstone started his new company — Corinthian Television (CTV) — in 1995, he had a company with postproduction and a studio but no mobile-production units.

“Within a year, that all changed,” he said, “and my life changed with it.”

The success at the Open nearly 40 years ago created a domino effect that made CTV OB the primary force in golf coverage in Europe. In 1990, the company took over technical facilities for the Senior Open, another TWI event. Then, in 1992, European Tour Productions was launched as a joint venture between the European Tour and TWI. CTV OB was again involved in a major European golf production and, in 1997, was awarded a five-year contract for ETP, allowing a fleet of OB units to be built specifically for golf coverage.

Over the years, CTV OB has accomplished many impressive technical feats as part of its technical contract for the Open. Going all digital, going all HD, and expanding the coverage to fully unilateral production are just a few of the notable milestones. And now as part of EMG the company’s legacy continues to evolve as the combination with Telegenic has transformed both companies.

Johnstone also served on the SVG Europe advisory board and in 2018 was presented with the SVG Europe Outstanding Contribution to European Sports Broadcasting Award. SVG and SVG Europe will have additional details regarding services in the coming days.