It’s not every day that a new sport finds its way onto television. Pickleball — either the next generation of racquet sports or an invasive species, depending upon whom you ask — is showing up on the home screen instead of just the neighborhood rec center, and it’ll soon be doing so on a regular basis.

Pickleball has made TV appearances, notably the Professional Pickleball Association’s 2021 and 2022 U.S. Opens, on CBS Sports, but the sport will have a more regular presence, thanks to Tennis Channel. During the PPA’s current season, some events are available on the network’s website or app, and others are split among those platforms and the linear television channel. 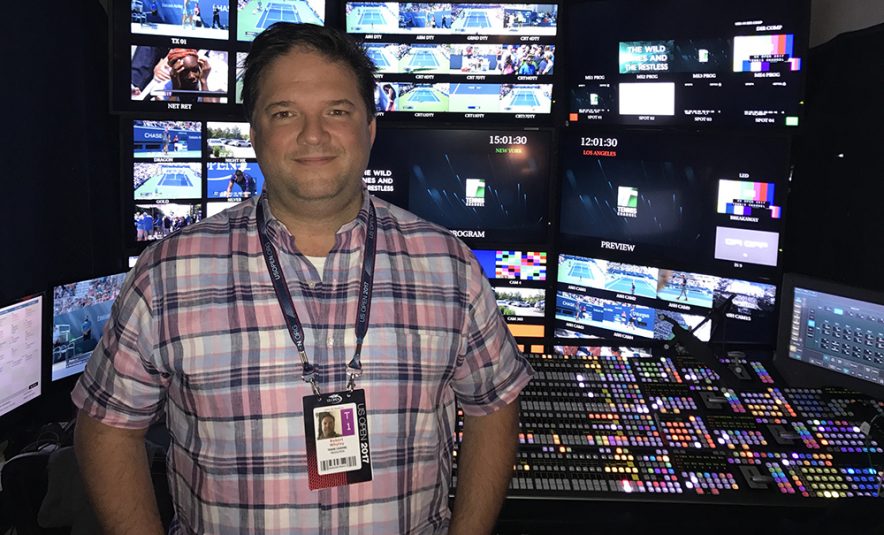 Tennis Channel’s Bob Whyley: “We’re doing something completely different and new. It’s very cool that we get to shape the sound of a sport first.”

That will also give the broadcaster the opportunity to define the sport’s broadcast sonic signature. Whether to call the Pickleball sound a “thwock” or a “whock” is still being debated, and it hasn’t yet achieved the status of “crack” of the bat, but establishing the sound and its capture is no small matter.

According to Bob Whyley, SVP, production/executive producer, Tennis Channel, pickleball courts, which are smaller and more intimate than their tennis counterparts, lend themselves to sound capture from the peripheries, with shotgun microphones positioned at the ends and at the midpoint. However, he says, pickleball has a section of its court optimized for close-up audio capture. In pickleball, kitchen is the colloquial term for the non-volley zone, a section 7 ft. from either side of the net and extending to each sideline.

That’s where Robert “Bruno” Brunelle, VP, engineering and technical operations, Tennis Channel, is taking things a step further. He’s using a pair of Shure MXA710 linear array-microphone assemblies attached back-to-back on the net and aimed at the player areas of the court to pick up direct sound from within the court.

“The MXA710 gives us eight zones of microphones in each direction,” he explains, “and their direction is remotely controllable using Dante. We can shape the zones and adjust the width and the pan of the soundfield as necessary. Plus, they work on PoE, so it’s just a single Cat 5 cable. I can get the sound right from the net all the way back to the service.”

Brunelle adds that the team is still experimenting with the use of additional shotgun mics at the service line. However, he says, they’ve found that the current microphone plot works well for both indoor and outdoor matches, largely thanks to the smaller footprint of the pickleball court.

“It’s super-sized REMI,” says Brunelle, a four-time Emmy Award winner who helped design the Expo facility. “We do eight or nine video feeds from site back to our facility in Santa Monica, and we do two return feeds, using Unity Connect and Dante back and forth. And we can do it either on a closed network or, like the last one we did, on open internet with a firewall.”

Adds Whyley, “Our producer, director, A1, talent, graphics replay, even one of our camera operators [are all located] in our Expo facility.”

“They’re robotic cameras that learn motion of the game using AI technology,” Brunelle explains. “We’ve used it on tennis, but [Trace] rewrote the software for pickleball. The cameras have learned how to follow the motion of the match.”

Whyley — who is responsible for the broadcaster’s special-event telecasts during US Open, Wimbledon, Davis Cup, and Fed Cup competition and the men’s and women’s year-end championships — says pickleball’s audio has shaped up nicely and uniquely. He doesn’t expect to have to wire players for sound, again thanks to the smaller size of the playing field. And, aside from lacking standardized terms for what to call the sport’s signature sound of ball against paddle, he says that its other associated sound is that of sneaker squeaks on the court’s hard surfaces. Other, more nuanced sonic cues may surface over time, he adds, taking into account the fact that pickleball’s contact pitch can change drastically.

“We’re doing something completely different and new,” he says. “We’re growing it from there. It’s very cool that we get to shape the sound of a sport first.”