The National Basketball Association has become a year-round phenomenon, and ESPN is returning to the hardwood with new creative and technological ideas in 2022-23. Viewers tuning in for the nationally televised games will notice refreshed graphics and animations as well as experimentation with new specialty cameras.

“We stretched out and extended our look,” says Tim Corrigan, VP, production, ESPN. “We’ve been planning for this ever since the NBA Finals ended.” 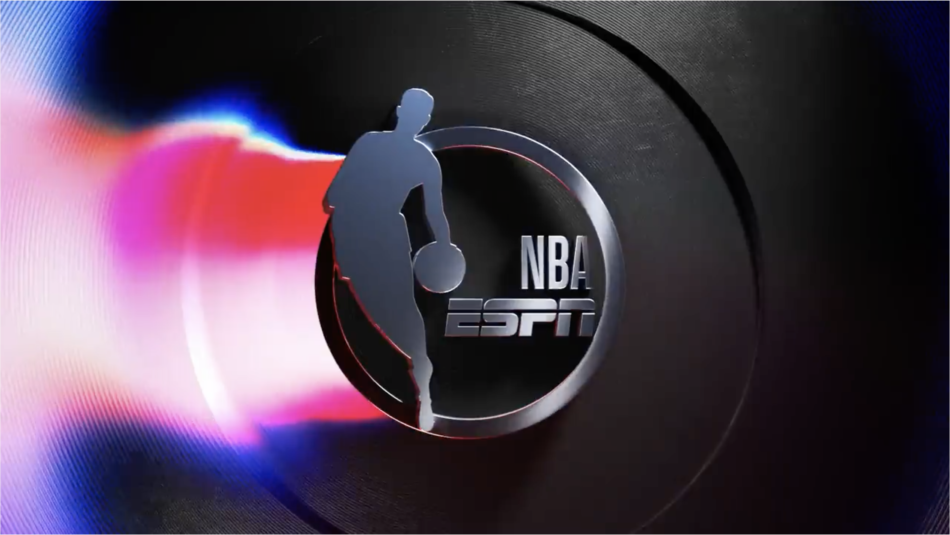 New NBA on ESPN graphics will make their regular-season debut during Knicks-Grizzlies on Oct. 19 at 7:30 p.m. ET.

After celebrating the league’s 75th-anniversary season, ESPN will implement a new creative direction for the on-screen look. With new flavors, colors, and symbols, the profile is highlighted by new animations that will be interspersed throughout all broadcasts. Featuring Big Jerry, the silhouette of Hall of Famer and Los Angeles Lakers legend Jerry West that serves as the NBA logo, the package integrates real-life elements through black smoke, depth through metallic and bold logos, and iconography of the game, such as basketballs and the twine of the net.

The sequences and transitions are augmented by an extreme attention to detail: raised dots on the leather of the basketball, movement through cracks in the hardwood floor, curves that turn into the arch of a ball being shot. As for team-based animations, the inserts will feature the palette of each individual club and dynamic energy surrounding the player headshot or name.

ESPN’s NBA production team have had some fun with the graphics package before. Along with the 75th-anniversary–centric package, last year saw two other instances of creative thinking: a Marvel-themed alternative broadcast of the Golden State Warriors–New Orleans Pelicans match-up on May 3 and the NBA75 Celebration Game between the New York Knicks and Brooklyn Nets on April 6. Each production leveraged out-of-the-box thinking and intriguing storytelling, both of which inspired this year’s package. 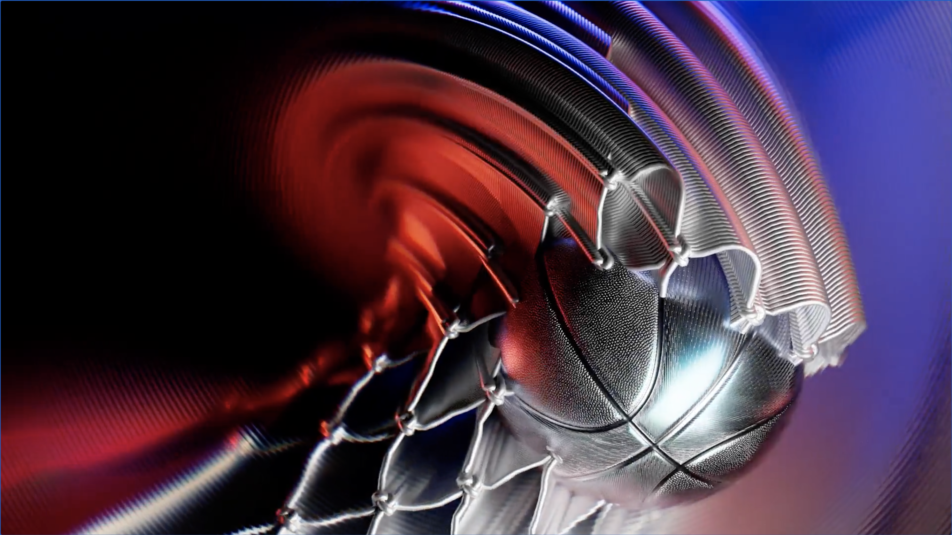 Iconography of the game, such as basketballs and nets, will be featured in the new graphics package.

“I think inspiration was pulled from a lot of places,” says Corrigan. “We have a lot of mouths to feed in terms of our studio shows, live game production, and our digital and social-media efforts. And we wanted to create a similar-looking brand.”

“Between the final visuals and what we wanted our vision to be, ESPN Creative Studios did an incredible job,” says Corrigan. “We wanted [the animations] to be contemporary yet bold.” 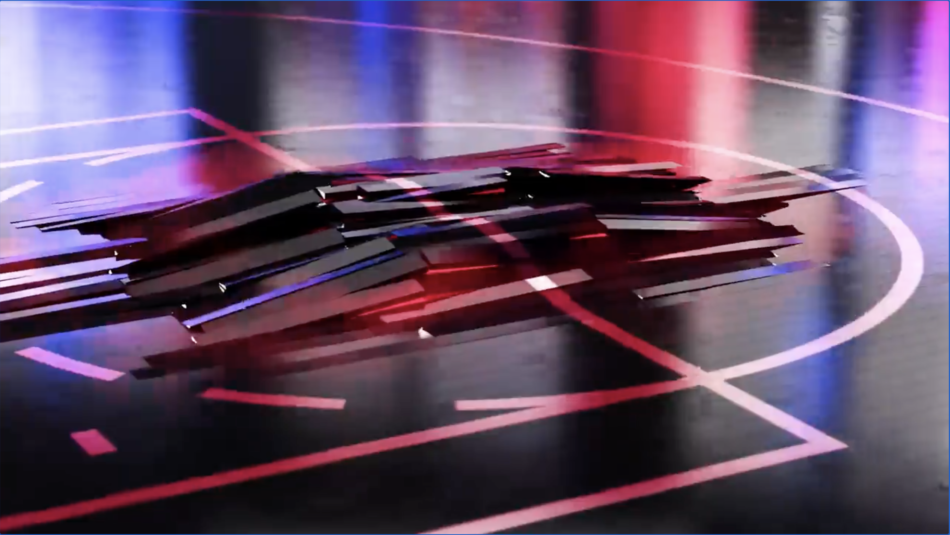 After the ball is tipped, the live game production will also have a new graphics template. The first significant upgrade is a new-look scorebug at the bottom half of the screen. Promoting a simpler approach with team initials, dashes beneath to indicate available timeouts, and the game clock atop a white background, the rectangular box will be less intrusive than previous editions and will allow additional space for discussing team trends and other storylines.

“Our goal in building out this package was to give some screen space back,” says Corrigan. “We still want to serve the viewer; when we can’t drop in a full-screen graphic, we’ll show information [at the bottom of the scorebug] as the game’s going on.”

Another goal was making the scorebug more personalized, using the teams’ colors. In an age when franchises release new uniforms frequently, it’s only fitting that each team’s initials reflect the players’ on-court appearance. This philosophy will be seen in lower thirds, player identifications, statistical graphics, and more.

Inside participating venues, ESPN will continue to innovate with onsite broadcast technology. Corrigan and his crew are always looking to improve the way they cover a game, and, with the confidence and momentum gained throughout the season, the next step is the potential use of Pylon Cams near the intersection of each sideline and baseline. 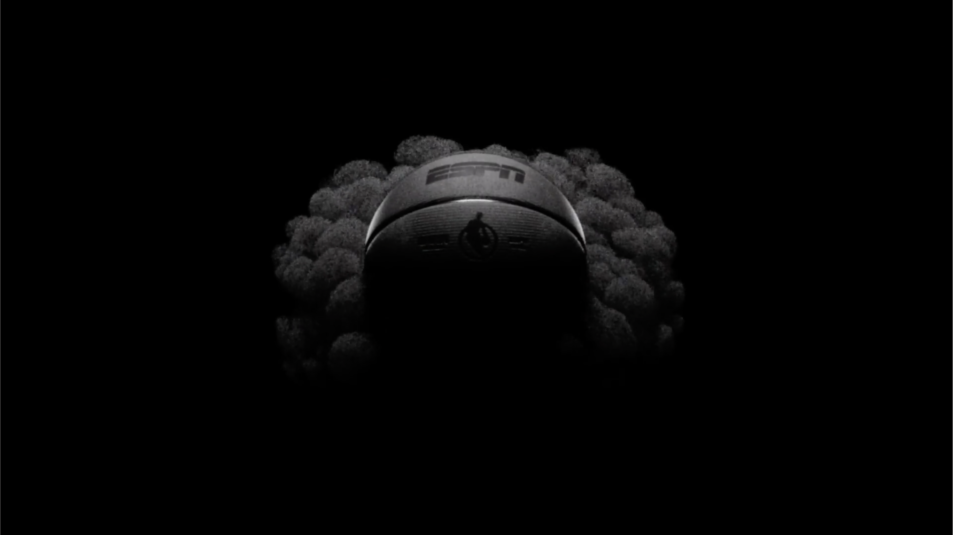 “The production of sports across the board has been done extremely well,” he says. “While these changes aren’t going to be as significant as [technologies] that have changed a lot of coverage patterns, we want to show when something happens in a corner of the court with a view that fans expect to see now: like out-of-bounds plays or a two- or three-point shot. Maybe there’s a way we can [make our angles] a little bit more intimate.”

Pylon Cams have become a staple for both NFL and college football not only at ESPN but also on other national networks. C360 has provided a new iteration to CBS Sports that offers pan/tilt/zoom capabilities in 4K. If and when ESPN decides to go this route and implement Pylon Cams for the 2022-23 season, Corrigan and his production team will be in constant communication with the personnel working on Monday Night Football and the large college-football property.

Although Pylon Cams are only a possibility, ESPN is bullish on the use of drones. Seen mostly outside venues during the Conference Finals and NBA Finals, the aerial cameras will capture footage from formerly unreachable heights in the arena and provide context of the surrounding area.

Whether specialty cameras, new technologies, or other resources making a splash this NBA season, the innovations went through rigorous testing before being approved. Offline testing was done throughout the 2022 WNBA Playoffs, and the elements will ultimately be deployed during next WNBA season, as well as on NBA G League games shown on the network. The postseason gave ESPN personnel a chance to see how each element would look in a live-event setting. 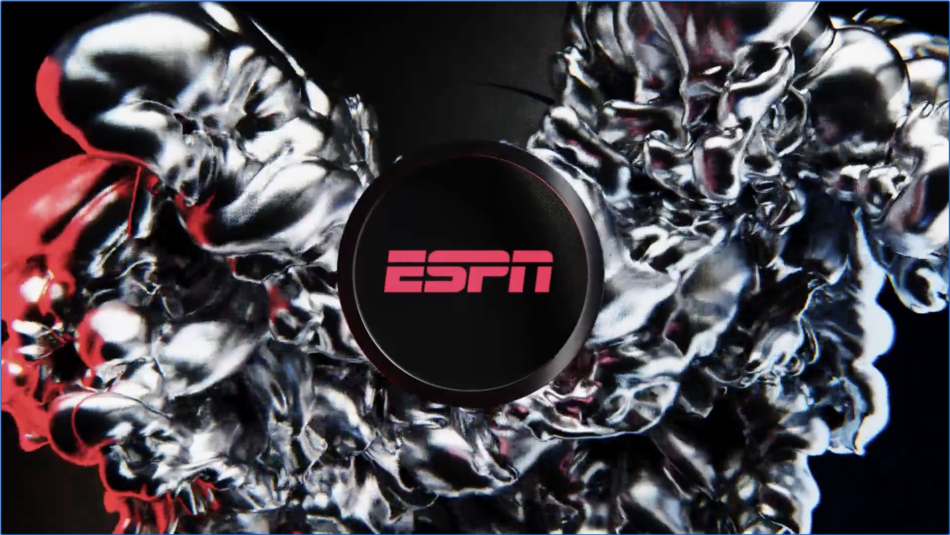 ESPN collaborated with FutureDeluxe and Two Fresh on the graphics refresh.

“It has been great having something like the WNBA to offline-test, look at animations, and tweak things,” says Corrigan.

One activation that continues to be tested was augmented-reality graphics. Introduced last year, AR graphics will display important numbers and other pertinent information in an engaging way.

“Our AR work will have a whole different suite of graphics from this new look,” he adds. “It’s part creative and part virtual presentation where we’re flying above, below, or through these graphics. We’re really excited about it.” 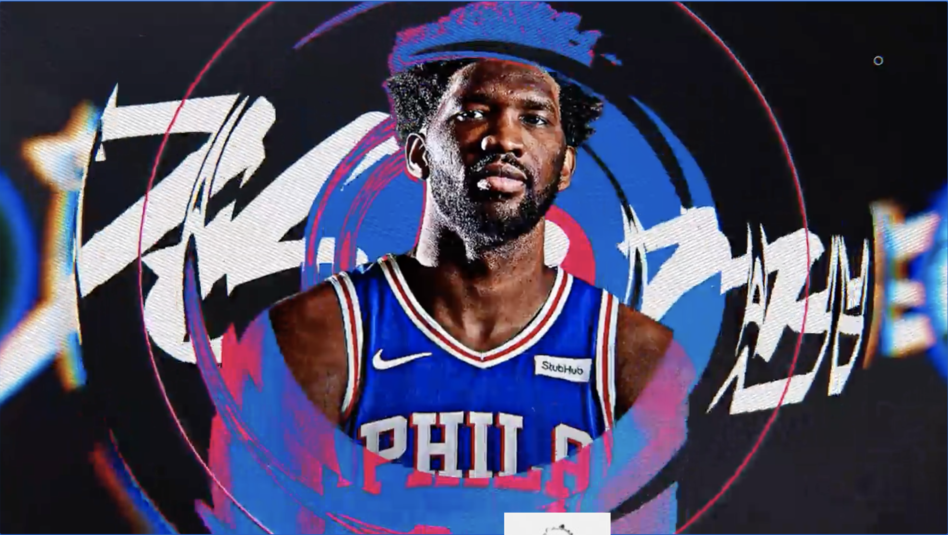 Team-based graphics, like this one of Philadelphia 76er Joel Embiid, include each club’s colors.

As VP, production, Corrigan is tasked with providing content for the short and long term. In the short term, initiatives to shed light on important issues or grow the game of basketball will continue to be front of mind. In terms of social awareness, an all-women crew led by play-by-play commentator Beth Mowins, analyst Doris Burke, and reporter Lisa Salters drove coverage of the Utah Jazz vs. Golden State Warriors on Feb. 9. Key positions were also held by women: production manager, operations producer, graphics operator, Viz Libero graphics operator, five EVS replay operators, talent stats, “Wired” segment producer, editor, creative content producer, content associate, graphics interface coordinator, runner, supervisor of remote crewing, manager of remote production operations crewing, utility, comms, V2 video engineer, A2 audio engineer, and supervisor of production operations. For growing the game, the broadcaster swapped its college-basketball talent and NBA talent for a special night of broadcasts. This year, the team looks to give viewers a peek into what it’s like to be an NAB player or coach with exclusive access with two participating teams.

“We’re working on bringing back these all-access days that we did with Philadelphia [in 2017] and Toronto [in 2018] and last year with Memphis,” says Corrigan. “We’re in conversation about figuring out what we’re going to do and who we’re going to do it with and how we’re going to make it bigger and better.”

Long term, ESPN hopes to dive deeper into more real-time data and stats. As the game continues to evolve and the traditional image of NBA players becomes obsolete, the broadcaster is keen on finding a new way of drawing even more viewers to their product. 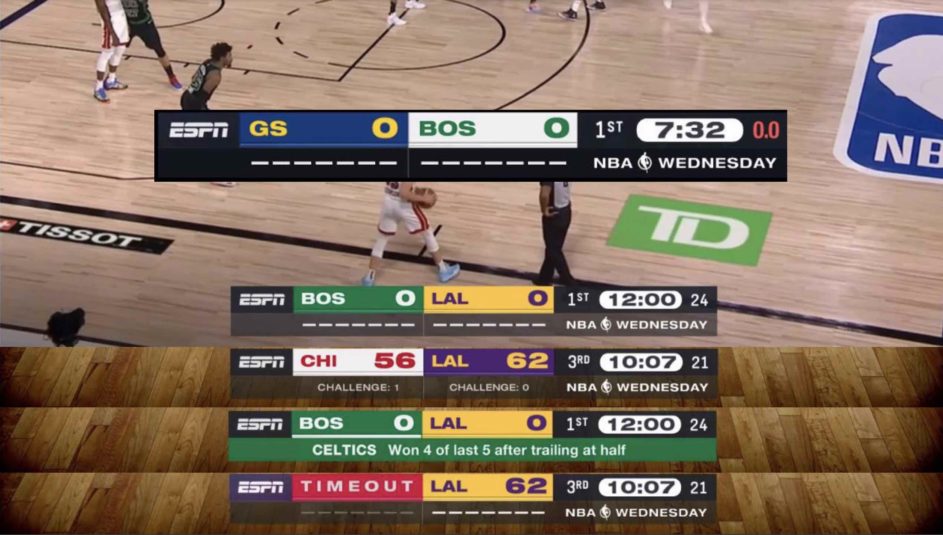 “The game’s moving further from the past,” Corrigan notes. “Live data is an area that I know we’re interested in exploring and trying to figure out how we can tell more stories.

ESPN’s coverage of the 2022 NBA regular season begins with a doubleheader on Wednesday, Oct. 19: the New York Knicks vs. Memphis Grizzlies at FedEx Forum at 7:30 p.m. ET and the Dallas Mavericks vs. Phoenix Suns at Footprint Center at 10 p.m., both on ESPN.