The 2021 season for the Dallas Wings got off to a pretty good start, with the team securing three of the first five picks in the WNBA Draft on April 15. With a fresh set of players, the organization is looking to turn a new leaf after the 2020 “Wubble.” Currently in the Olympics break, Director, Game Presentation and Live Events, Caitlin Hartley reflects on her first 10 games at the helm of in-venue productions at College Park Center.

“It has been fun and really fulfilling to be able to run games again,” she says. “I missed out on that last season, and it has been nice to have this feeling back.” 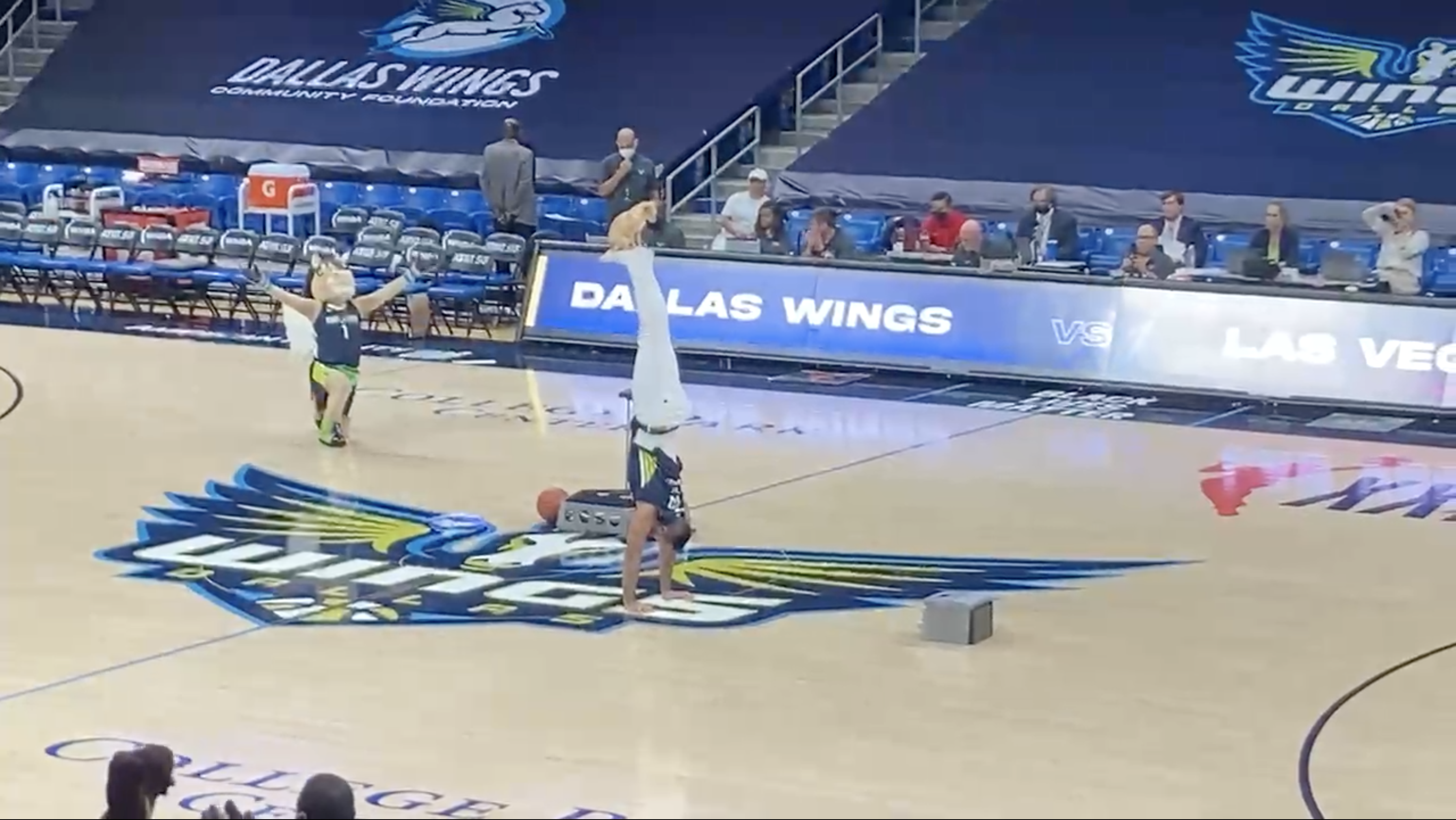 Before the first official home game against the Seattle Storm on May 22, Hartley and company used the offseason to prepare for the current campaign. There were a lot of unknowns heading into the season, but, to get everyone on the same page and develop a strategy that would work for either a large crowd of fans or a small gathering, the team got together and brainstormed.

“We did scenario-planning for no fans, for 30% capacity, 50% capacity, and so on,” she says. “As for safety protocols, I was reaching out to other professional and collegiate sports teams to figure out what they were doing and what was working for them.” 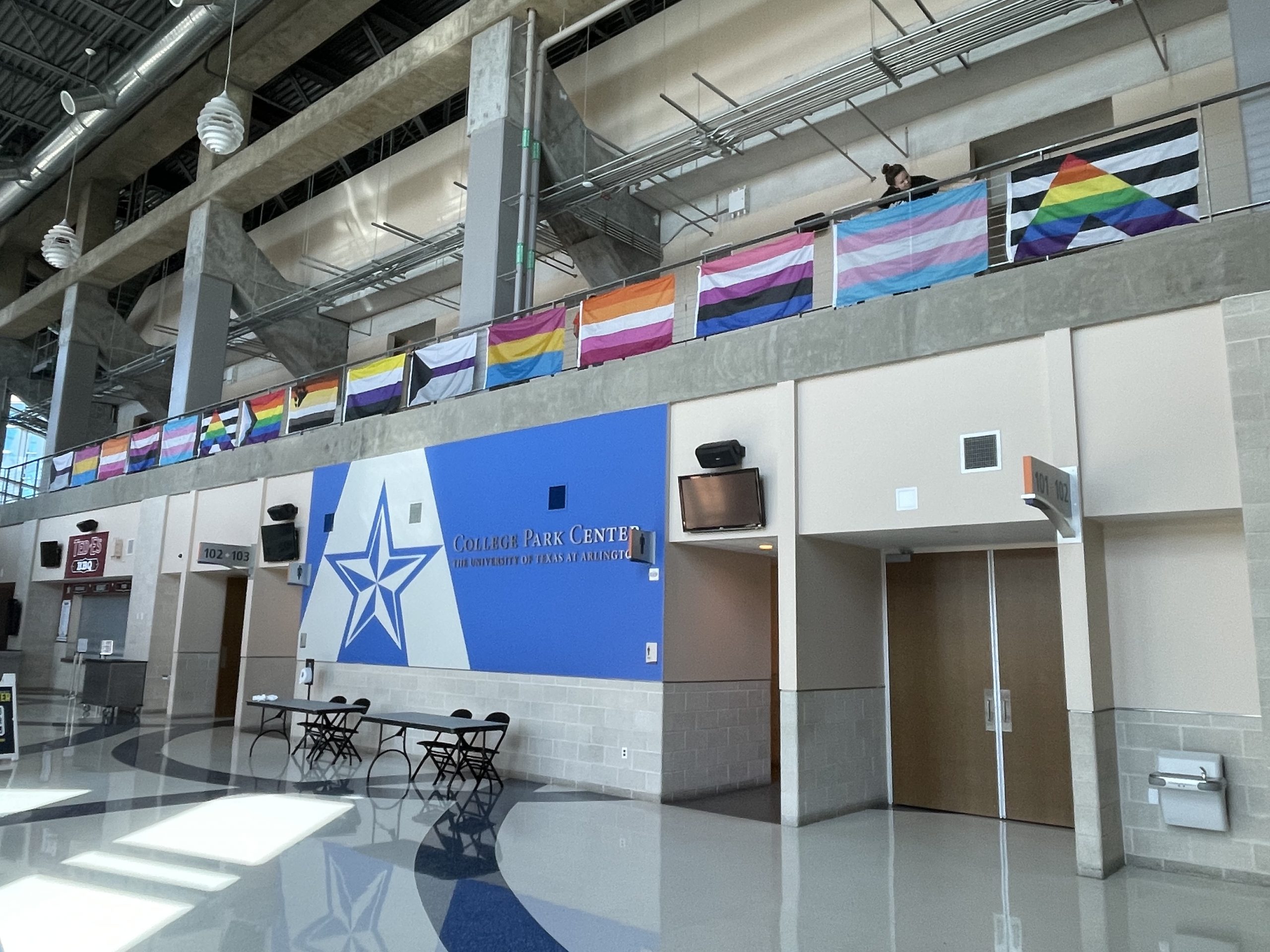 The Wings honored the LGBTQ+ community during their game against the Washington Mystics on June 26.

With a run of show settled, the crew hit the ground running and executed the ideas throughout the team’s sole preseason game, against the Connecticut Sun. The scrimmage was closed to the general public, allowing the crew to mix and match elements of the show to see what worked best.

“The game got added to the schedule at the very last second,” notes Hartley, “but it was the perfect rehearsal. We brought in all of [our] crew, our in-game hosts, and our DJ and treated it like a real game, which was extremely helpful.”

Like many organizations around the league, the Wings leverage their videoboard for most of the content. Recorded segments, player features, and other video material were the go-to content for the first chunk of the schedule, but, recently, the fans have become part of the Wings’ show, with on-court shooting contests and other forms of in-venue entertainment. 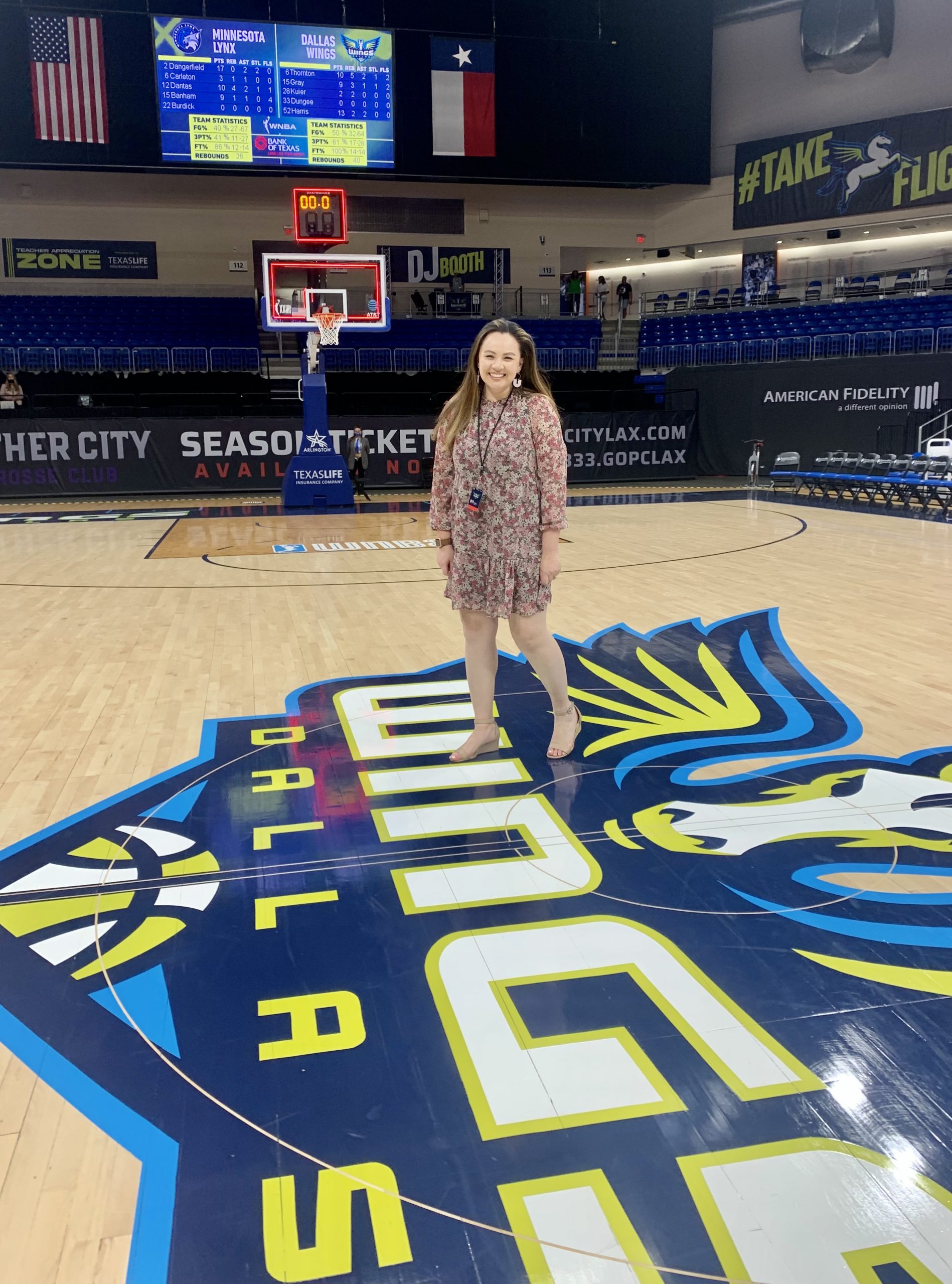 “We have a High-Five Cam with a split screen and two cameras trying to find fans in the crowd,” says Hartley. “Even though [our shooting competition] was a one-person promotion, it was still cool because the player was the one going up against the contestant. We’re trying to find different ways to show off the players’ personalities and [entertain] fans.”

Although the shows are running without a major issue, Hartley drives the show from an unusual location. Continuing to comply with safety protocols and a tiering system, she is working from a courtside position and relying on the production crew of the University of Texas Arlington inside the control room.

“Since we’re on the campus of UT Arlington, they hire their own staff and create their own protocols that we have to follow,” Hartley explains. “With only a certain number of people allowed in the control room, I drop off the scripts, go back to my spot, get on my headset, and do the whole run-through from courtside on a monitor.”

Given the circumstances, she is working with folks she has never met in person. Even so, constant communication and complete trust in one another have been key to their success.

The Ones Who Get It Done: Shoutout to Dallas Wings’ Production Team

In her second year with the team, Hartley continues to learn valuable lessons during her first in-person WNBA productions. A live-production pro previously with Stanford University, she’s still finding her way in professional sports. Supported by individuals in the organization — such as VP, Marketing, Courtney Oversby — and the venue — such as Director, Production Services, Special Event Facilities, Caleb Miller —Hartley is becoming more comfortable in her role.

“It has been awesome to be a part of this team,” she says. “We’ve all been working through [this season] together.”

The Dallas Wings will host the Connecticut Sun at College Park Center on Sunday, Aug. 15 at 4 p.m. ET.