Stepping Stones: BBC Project Engineer and Workstream Lead Matt Firth on Getting Into Audio as a Career

SVG Europe is following the stories of how new graduates and apprentices took those first steps into their chosen careers, and how they got to where they are today, to provide a source of inspiration for others. Here, we chat with Matt Firth, BBC project engineer and workstream lead, on how he went from university to his current role.

How long have you been working in the broadcast industry?

I have worked for BBC R&D for seven years. Prior to that, I did a placement year with Calrec as part of my degree.

Can you talk us through your relevant education that helped you break into the industry?

My interests have been in audio and in software development from a young age. When it came to finding a higher education course, I really wanted to focus on those areas. A degree in Music Technology and Audio Systems from the School of Computing and Engineering at the University of Huddersfield provided that perfect balance for me. It allowed me to further my skills in software development, with a focus on audio, while also giving context to the application areas through studies in recording and mixing, acoustics, digital signal processing and audio electronics.

How did you get the job at Calrec and what was the role?

My degree was offered as a three year or four year course, the latter with an industrial placement year. When looking for a placement, I wanted to use the opportunity to work in a technical role in broadcast technology.

I was successful in applying for a placement as a product test engineer with Calrec. It was an exciting time to be joining Calrec as they were developing a new console which I would be working on. During my placement, I also had the opportunity to use my software development skills, writing software such as tools to aid testing of audio routers. 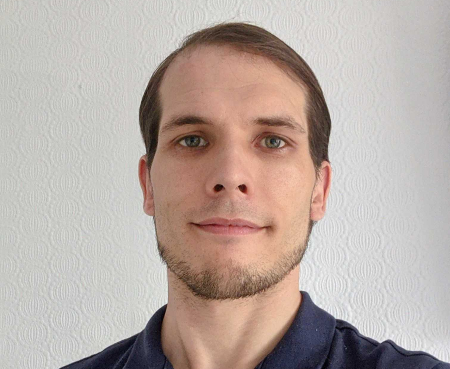 After my placement with Calrec ended, I returned to university to complete the final year of my degree and began job hunting in preparation for graduation. Since I was keen to continue working in a technical position in the broadcast industry and as I admired the purpose and role of the BBC, I looked to see what opportunities were available there.

The BBC offer several graduate schemes and apprenticeships throughout many areas of the BBC which provide a great entry route into the industry. I applied for graduate engineer within the R&D department which was advertised via the BBC’s Careers Hub website, as it was the perfect match for my interests and ambitions. It opens annually (usually around December or January) and there are usually several places available.

I was successful and began as a graduate engineer in 2015. The scheme lasts two years and allowed me to work in different sections of R&D to develop my skills in a broad range of broadcast technologies, as well as receiving training though the BBC Academy.

At the end of the graduate scheme, I was promoted to R&D engineer. Since then, I have worked up to project R&D engineer and workstream leader within the audio team at BBC R&D.

My work is now heavily involved in the development of next generation audio technologies. The role means I’ve had the opportunity to work on some incredible projects and collaborate with partners internationally on technologies that will no doubt shape the future of audio production and end user experiences.

How did working for Calrec help you with your broadcast ambitions and get to where you are now?

It certainly helped me to reaffirm the career path I wanted to take after graduating. I enjoyed working in broadcast technology at Calrec and I knew this was the area I wanted to pursue. Having that experience of working in a technical role on the cutting edge of broadcast technology has definitely helped in kicking off my career as well as building my knowledge of the audio infrastructure and equipment used in modern broadcast production.

Can you give us a couple of top tips of things you did that really helped you get where you are? What would you recommend to other people thinking of working in the broadcast industry?

If you are given the opportunity to take an industrial placement year during your degree, take it, and make it relevant to the career path you think you might want to take after graduation. Placement years are a fantastic opportunity to assess the areas you would like to work in and hone-in on the roles you should be looking towards during your final year. They also provide a great boost to your application when you’re seeking your first job after graduation.

Whether applying as a new graduate or not, employers are always keen to see evidence of ability and motivation for a particular role. This can be reflected in your hobbies and interests, any relevant extra-curricular activity you’ve participated in, outreach activities and personal projects you’ve completed which demonstrate skills applicable to the role.

Can you give us a couple of tips on things not to do or to avoid?

The final year of university can be hectic, and it can be difficult to find the time to begin job hunting, but it’s important nonetheless. Graduate opportunities are often advertised long before the end of the academic year, so it’s worthwhile beginning the hunt early.

What would you say are the barriers to getting a job in the broadcast industry?

Candidate requirements for jobs within the broadcast industry can be high and it can be difficult to find roles suitable for those fresh out of university or coming from another industry.

The graduate schemes and apprenticeships are a fantastic route, but these can be hard to come by and consequently attract a high number of applicants. To be successful, it’s really essential to sell yourself well and build a portfolio of evidence of interest in the particular role and of role-specific skills, even if these are developed outside of university studies.