The Fox Sports and MLB Network All-Star compound was an all-Game Creek affair at Nationals Park this week, as the mobile-facilities provider rolled out a total of 10 total trucks in Washington, DC, this week. 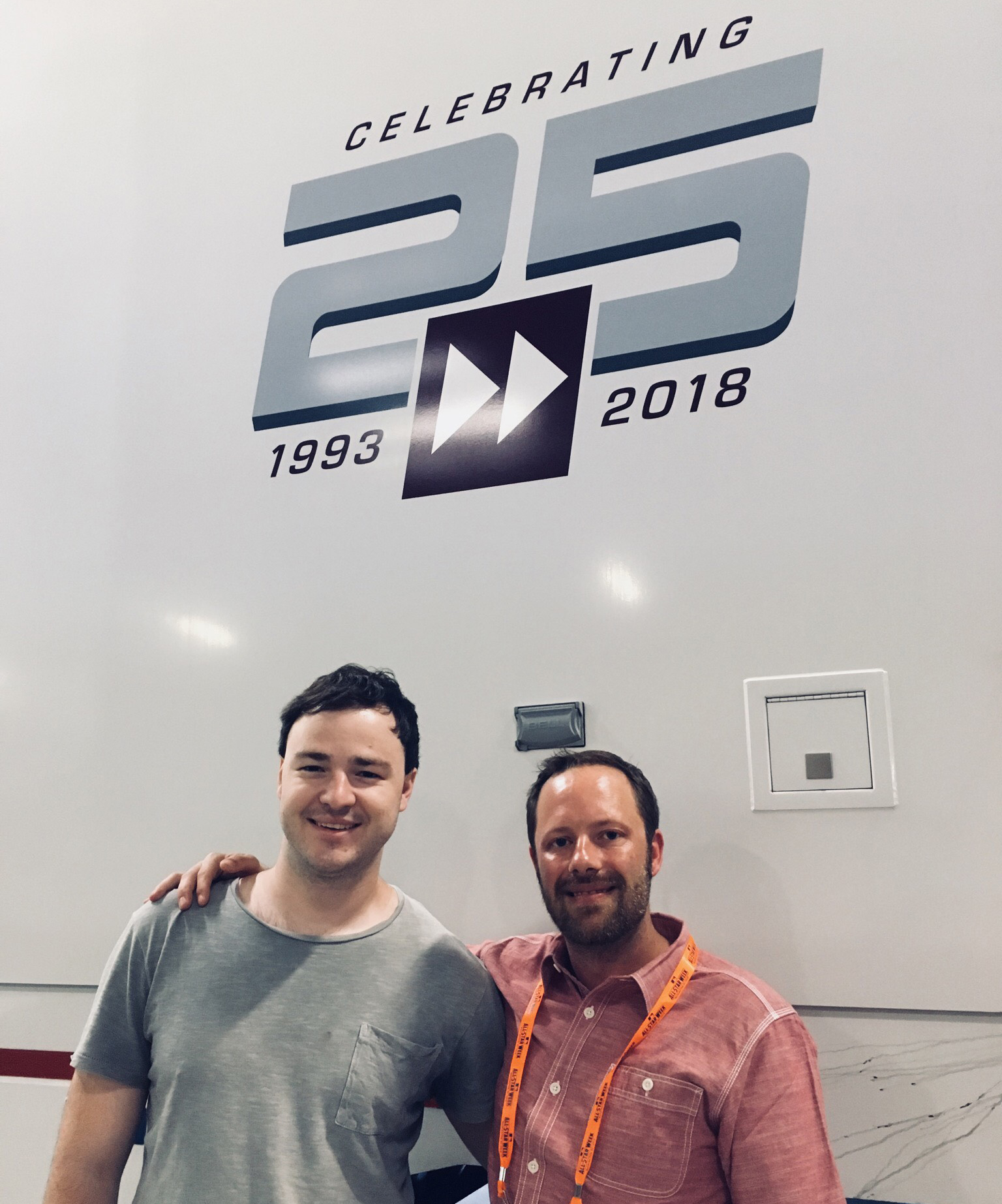 “The beauty of having all Game Creek trucks out there [for Fox and MLBN] is that they are designed specifically to work together and connect together efficiently and quickly,” says Riley Helsen, Business Development and Technical Solutions Director, Game Creek Video. “We’ve centralized feeds distribution for all the rightsholders that are here, so whether it’s ESPN or Fox or Major League Baseball or NHK, they go to one place and they can get sources from any show. Our technology is going to make things as flexible and quick as possible for everyone here.”

Thanks to a reshuffling of the USGA summer tournaments calendar, Game Creek Video’s IP-based Encore mobile unit (A, B, and C units) – home to Fox’s U.S. Open and NFL A-game productions – made its first All-Star appearance.

“Encore is the perfect facility for this type of show where we’re facilitating not only a large production room for a signature event, but also supporting [on-site studio shows like] First Things First and full pre- and post-game,” says Helsen. “To do that all out of three units – along with a very large tape room and graphics area – is obviously something that is really valuable on a show like this. We’ve been able to really advantage of the flexibility of the trucks and that allowed us to do anything with the space that works best for Fox.”

The primary control room inside the Encore B unit handled the main game production, while a second adjacent production area was created in the same truck to serve the onsite studio shows. The studio show’s production team shared a 2ME Grass Valley Korona switcher panel that was connected to the same K-Frame switcher being used by the main game production, so all sources were available to either team. With dual tally configurations, the camera operators also knew when their feed was being used in the respective telecasts.

In addition, Encore’s ultra-robust IP-based infrastructure allowed Fox to license all 12 of its Sony HDC-4300 primary game cameras for high-speed — six at 6X slo-mo and six at 2X slo-mo.

“This is not only the first time that all the show’s main game cameras are high frame rate, it’s also the first time that every camera has been an HDC-4300,” says Helsen. “What’s great about that is they are all uniform, so we can easily reposition a camera to any other position – not just on the game, but also for the [studio shows]. So there’s a lot of flexibility, plus we’re also providing the most superior image quality possible for a high-profile show like this.”

Game Creek Video’s Edit 1 and Edit 2 were also on hand, housing a variety of Fox operations and vendors. 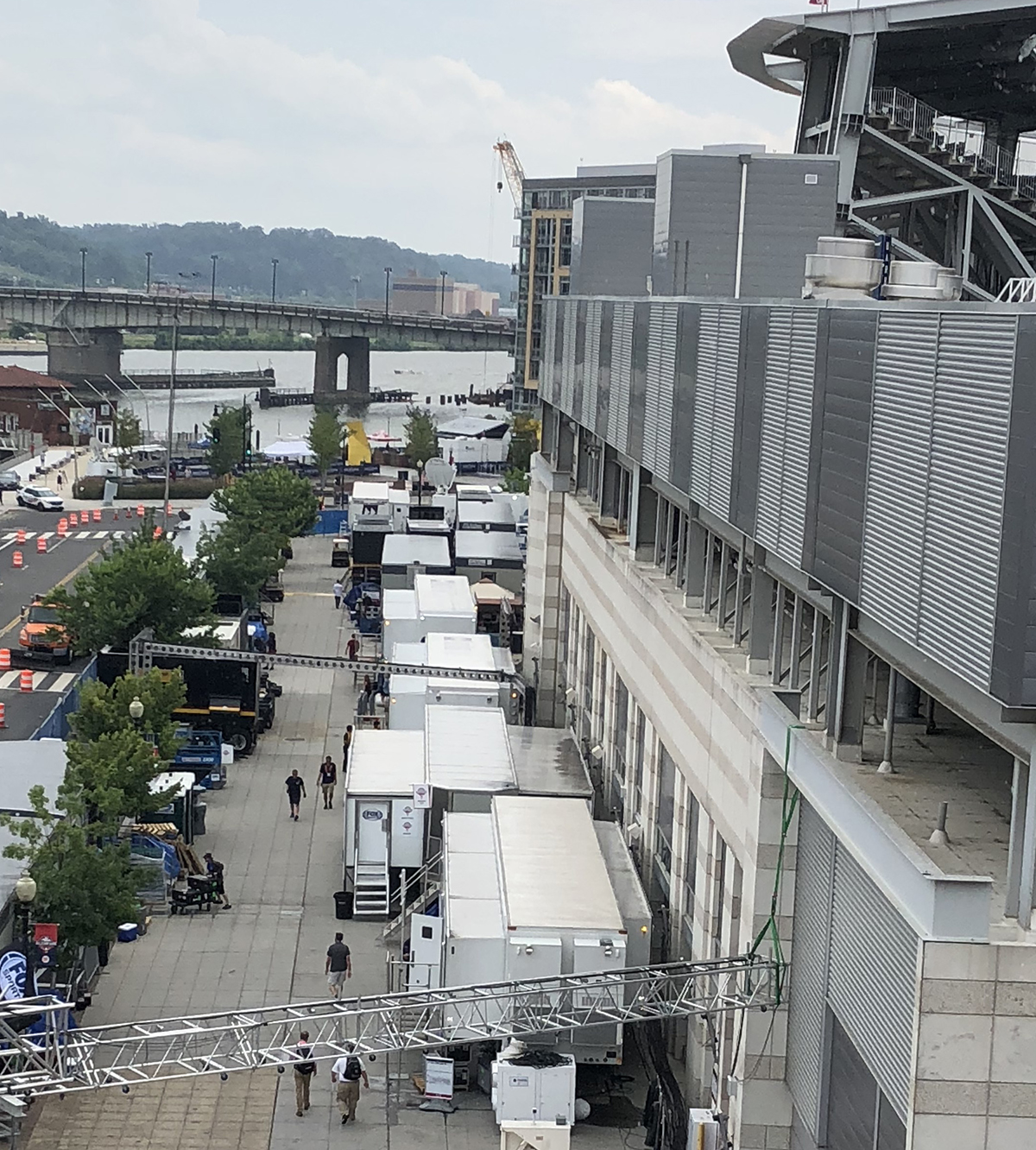 The massive growth of MLB Network’s operation at All-Star this year – largely due to it taking over production of many of the live-streaming productions – meant that Game Creek’s role with the league also grew. In addition, Game Creek provided the mobile unit for the World Feed this year – bringing MLB’s entire operation under the Game Creek umbrella with a total of four trucks.

“It’s all Game Creek trucks this year – for studio, for digital, and for World Feed,” says Game Creek Engineering Manager George Bailie. “And what’s great about that is we can leverage a lot more resources that previously weren’t available without a lot of intervention. Now, we’re able to utilize our truck-to-truck network to make everything available everywhere – whether that’s comms, video, audio, or anything else. It’s essentially one big truck.”

“Because it’s all the Game Creek trucks together, all of our Sony networks can talk to each other very easily,” says Bailie. “There’s no magic going on in the background to make it happen, it’s very simple. So if you have a video operator sitting in Edit 4 REMI suite for the Red Carpet show and want to call an audible and take a look at something on an RF that’s sitting in a completely different location, they can do that now and actually have control over the camera without video shaders having to move or adjust.”

Game Creek and MLB Network also continue to delve further into using the EVS Xplore web-browsing interface and XSquare file exchange solution, which is used regularly on MLB Network Showcase games throughout the year. At All-Star, for the first time, they deployed Xplore on three trucks with a record number of channels and married all three units together with the operation back in Secaucus.

“The showcase game uses the EVS explore system all year, which is still its infancy still but really benefits the workflow for Secaucus and what they can get in and out of without affecting the bandwidth that’s happening internally here,” said Bailie. “We came in the with mentality that we’re doing a U.S. Open golf tournament. So we went away from trucks just plugging into other trucks and trying to make things work that way. Instead, we’ve added a central component that goes into all of it.”